This morning at 6-30 it was freezing outside, by 10 o'clock it was in double figures but there was still some frost on the grass in the shade.
The Lock Fairy is definitely on holiday, we arrived at Hurleston locks and the bottom pound is dry, so Diana went to the top to let 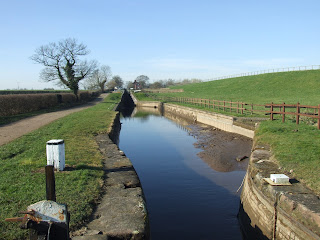 water down while I locked as high as I could in the first lock. Needles to say the other three locks were all full.
As we approached Swanley Locks a boater was just going out of the top, so that's them against us as well. In the course of the day we met 3 boats but not one of them in a position to give us any advantage.
I think this is probably the smartest "Slow" sign I have seen on the system. 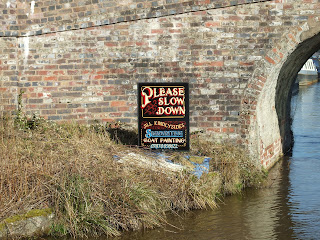 We were unable to go very far due to ongoing stoppages so we had to wind just above Wrenbury before coming back down stream. We have moored for the night just before Wrenbury Lift Bridge with a view to eat at The Dusty Miller, but its closed on a Monday, I just hope the other pub is doing food.
Today's Journey 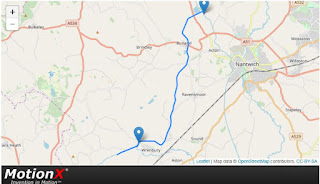 You are not having much luck with locks! I reckon we are about 80 %in our favour. At tyrley a young lady had a just helped a friend up the locks and on her way back down she set every lock and left the top gate opened for us. Doesn't get much better than that!