Last night we ate at The Lord Combermere a short walk from the canal and found it very enjoyable with friendly staff.
This morning we woke to thick fog and it was still quite misty when we set off at 10 o'clock. 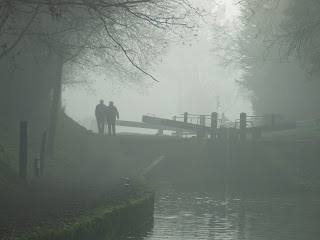 We new some of the locks would be with us as a boat went up about 5 pm yesterday leaving the top gates open. Someone had closed the gates but didn't notice that they had also left the offside paddle half up. The only one of the 4 against us was outside the Shroppie Fly and I expect one of the boats moored there closed that one up.
The dew was making itself known on the cobwebs and the pine needles as the droplets sparkled in the sun.


By the bottom lock or lock 1 there is a small garden on the offside, its been there for years and I have no idea who tends it, but this year it has a superb crop of stop planks in one of the beds. 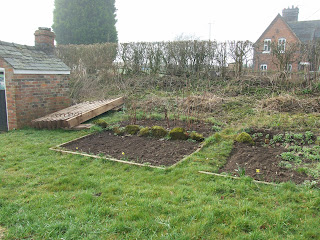 Hack Green top lock was also with us, but the bottom one against us, so today we won on 4 out of the 6.
In Nantwich again there were loads of mooring spaces along the embankment, its a pity CRT couldn't have used one of them to moor their work boat in stead of taking up half the service moorings, luckily we filled up at Audlem as there was also a boat on the services and we couldn't have waited anywhere because CRT had two more boat on the "No Mooring" section opposite the services. 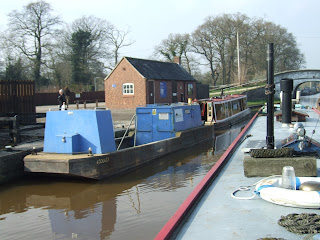 We moored up for a while by Acton Bridge and walked to the village for a look round, whilst walking round the church they were putting out signs for "Tea in the Tower" and we were invited in, but as they were only just setting up we elected to pay a visit on our return. We thought we would find The Star village pub, but it is no more, now turned into houses. We returned to St Mary's church for tea and cake before looking round and having a tour of the first floor of the tower, where the bells are rung from. Then back to the boat to move down to Hurleston Junction for the night. Since we have been moored here we have seen more boat moving than we have the past 2 days.

Finally to the gentleman who said he reads my blog that walked passed us in Nantwich, its always nice to meet people who read this drivel I write each day we are moving. 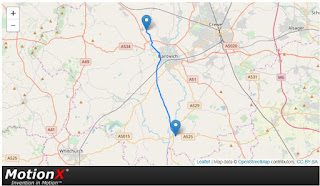 We read your drivel too
Dreamcatcher

Hi it was me that passed you. Slowly making our way back to Overwater 14 days in to our trip, that was supposed to be 6 days.
The garden in Audlem is run by the ‘lock 15 allotment society’
Steve NB Tumbleweed