A boat went past while we were still having breakfast, but as no boats had come up it made no difference the locks would against us whenever we went. We pushed off just before 10-30 in the end so as not to sit on the other boats tail and if anything was coming up we would have a couple with us (wishful thinking we didn't see another boat until we were ready to moor up).
For some reason BT find it easier just to string the telephone wire along the bank and hedgerow, 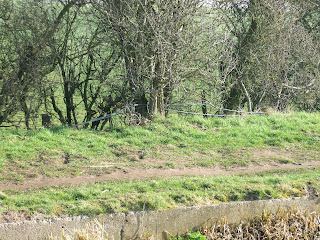 rather than put it up poles
well it saves trimming the trees back where the wire should hang. 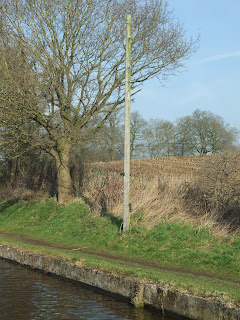 One of the farmers had a very good crop of seagulls growing in his field. 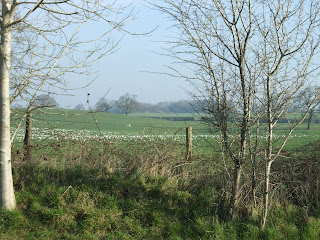 They have some interesting mile markers along this canal, most canals they indicate the distance between two points, normally each end of the canal, but in this case they actually give three locations. 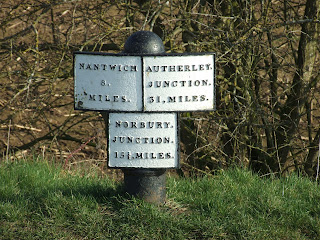 Some of the views down the flight are quite good, I wish I had gone onto bridge Bagley Lane Bridge to take one as I think the extra height would have improved the shot. 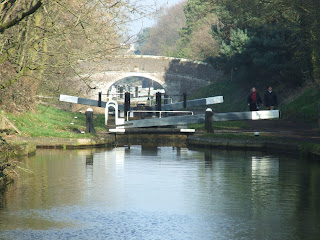