A bit of a restless night last night, there seemed a lot of traffic noise so I don't know if something was happening on the Northwich Bypass, but it was a lot quieter this morning when it was time to get up.
Another grand sunny day and we were soon on our way to Barbridge Junction. On the way we met two canoes coming 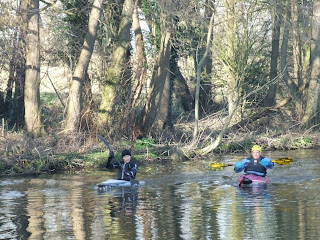 towards us on the water and a CRT licence checker on the towpath. Diana was at the helm and she made a perfect turn into the arm, even with someone standing on the bridge watching.
The lock Fairy was back at work, well at least for this morning as both Cholmondeston and Church Minshull were with us, at the first a lady even opened the top gate for me which was nice of her. Just below Minshull lock at Nannies Bridge I saw a boat approaching the bridge towing a small cruiser, so I held well back but he still stopped and crossed the canal, while he was sorting himself out I was able to have a chat with Peter, we always give him a hoot as we pass, but today he saw us coming. 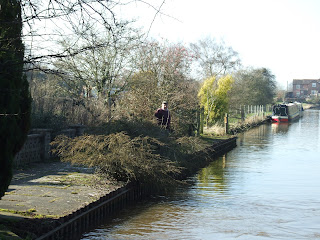 A long train of what looked like cement tankers was making its way along the nearby line, pulled by a diesel locomotive. 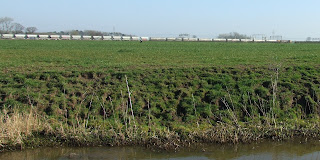 As we made our way towards Bridge a male Goosander kept diving and swimming ahead of us, eventually he took to the are and I was able to get this shot of him. 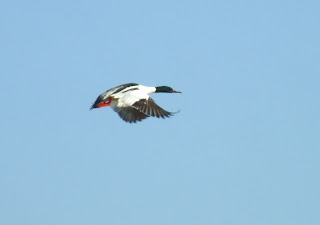 When we arrived at Stanthorne it was obvious the Fairy was only starting back part time and it was against us. We moored just below the lock in the new concrete channel that was put in to repair the breach, they have installed 8 mooring rings at the west end of it spaced at about 36 foot apart, so quite handy. 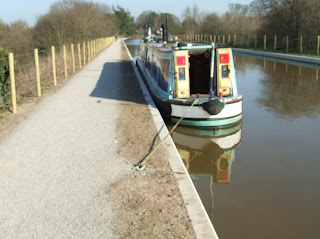 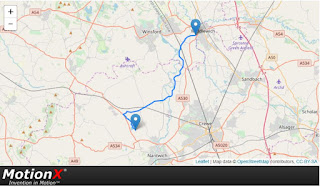 " Just below Minshull lock at Nannies Bridge I saw a boat approaching the bridge towing a small cruiser," - Yes - they did go up Minshull Lock together in the same locking - just in case you were still wondering ! Nice to speak with you today - Its the Avon ring and the Elblag canal(via Ryan air) for my boating efforts later this year.