We went to The Cotton Arms to eat last night and I must say we were not disappointed and I will definitely go there again when we are passing. They had three beers on the pumps plus the fizzy stuff. I had a very nice Chicken and leek pie with veg. where as Diana had Gammon, eggs, pineapple, peas and chips and it was all first class.
Last night was very clear and even colder but the temperature was well into double figures by 10 o'clock with bright sun and clear blue sky. 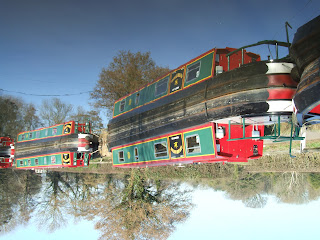 First job this morning was a walk into the village which is growing at an alarming rate, then back to the boat to set off at 1030. As we walked back the hire base were moving one of their boats back to the yard via the lift bridge, the chap from the yard was very considerate holding the barrier open to allow several cars to cross before lifting the bridge. By the time we got to the bridge there 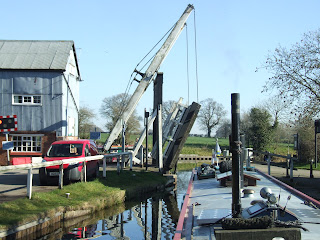 weren't any cars coming so Diana had no problem but there were a few waiting by the time we had finished.
As expected all the locks were against us and we didn't see another boat on the move until we reached Hurleston, and that was just leaving the bottom of the flight, but at least it was full of water today.
Someone has erected a box on the towpath by Baddiley Lock 3, I suspect its CRT but I did wonder how they fixed it down without opening the door, as its still wrapped up. 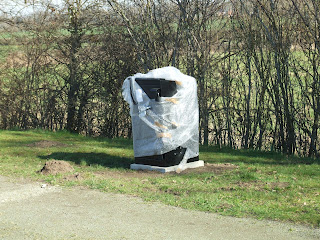 We stopped for water at the top of the Hurleston locks before making our way back to the main line. Once there we reversed through bridge 97 to moor in the same stop we were at Sunday night.
Today's Journey 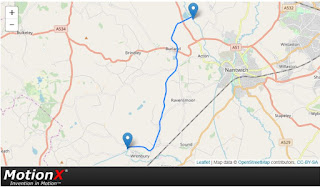