Last night we have another lovely meal at the Calypso Bar and I am getting to enjoy the Reggae music.
Back on the boat I did start to wonder if we had made a mistake mooring here, the geese where really kicking up a racket when we went to bed at half eleven, but by midnight they were asleep, I did hear one call the other about four this morning but then they were away until eight.

We were just having breakfast this morning when nb. Periwinkle with Gill and Steve onboard came by, they indicated asking if we were coming down the locks, so breakfast was finished on the move as we set off to catch up with them just before the Blackburn Top Lock. As we were setting the lock a CRT chap came to clear the bywash and let water down, he said it was ten inches down below Johnson's Hillock Locks and after we left the lock he would let a bit of water down. Although we set ahead the extra water topped the top gates so we had to take care not to get water in the back of the boat, especially Periwinkle at 60 foot. 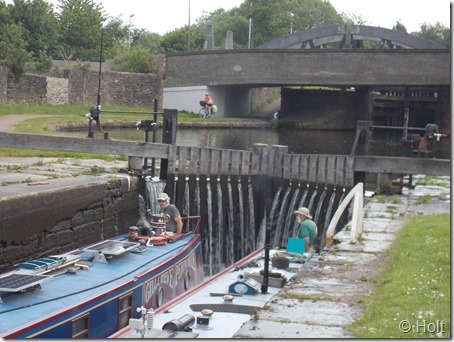 We worked down the flight together and were out of the bottom an hour after setting off, at the bottom lock there were about 6 volunteers litter picking and a bit of painting who were more than happy to lean on lock beams.
Half way down the flight I passed this rolled up hose, anyone any idea what its for? 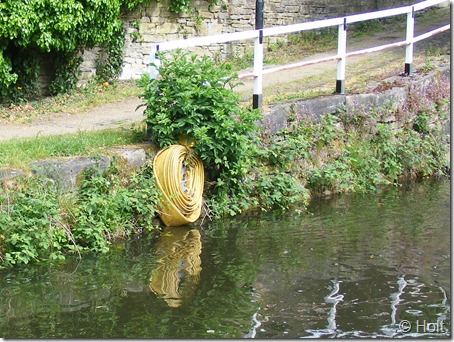 I wonder how many chicks this Swan will hatch off in any with her eggs sticking out the side like that, if she has been rolling them round and leaving a different one out each time I think she may be disappointed. I don't recall seeing this tree decorated like this on our way up, there are all sorts from a bat to a monkey including a few birds, I guess they must have used a dingy or canoe. 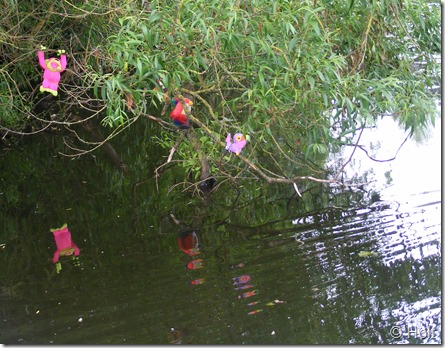 This is the second terrapin we have seen up here this trip, the other one of a similar size was just above Bingley, it was quite happy sitting in the sun. I don't think they bread in the UK as I have never seen small ones. 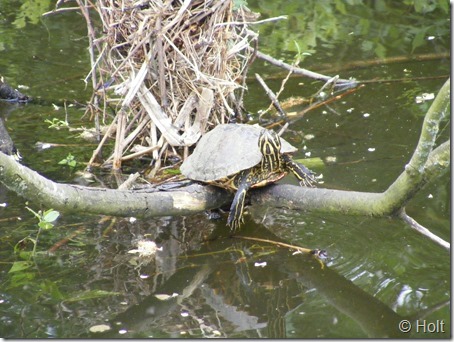 We decided to call it a day at Withnell on the 48hr. visitor moorings, these are again a staging made from imitation wood ie. recycled plastic. The forecast was for rain late afternoon but its been a lovely evening up till now, I wonder if we will get it tomorrow. 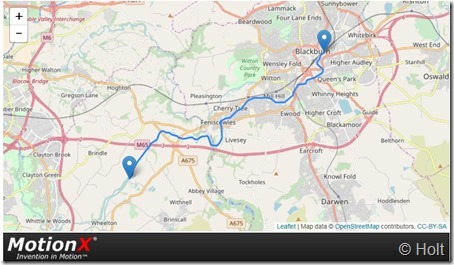