We set off at 10 am as Vale Royal was due to lock down at 11 I thought. There wasn't a breath of wind but not to hot as can be seen from the reflections of the Salt Union tower. 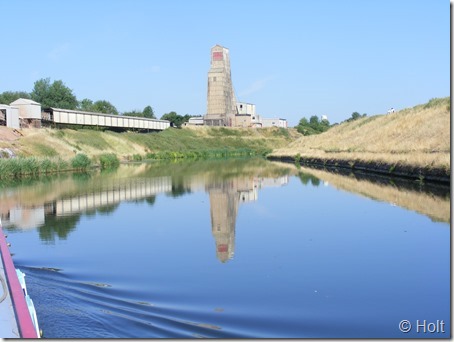 The cows were out on the meadow and the tow path this morning, I wonder if they jump out of the way for cyclists? 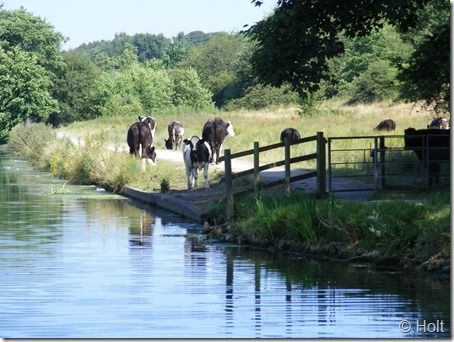 The level at Newbridge looked the same and I rang Vail Royal to say I was on my way only to be told locking down was at mid day and also there was ongoing work replacing the bridge over the lock.
Looking at the amount being spent here on ground work, let alone the cost of the homes themselves there must be a lot of money in river side dwellings. 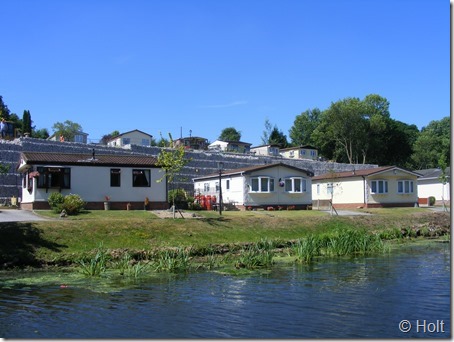 We pulled in above Vale Royal lock and walked down to see what was happening. The refurbished bridge was swung across the lock and they were trying to align the new pinion that swings the bridge, but it was too far from the rack. 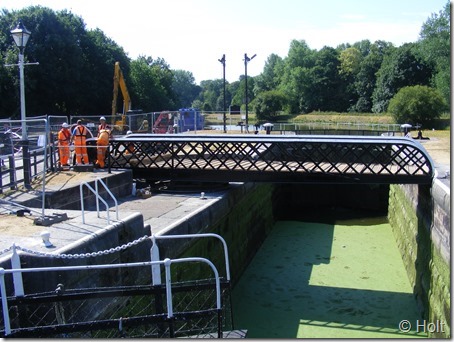 We chatted to the lock keeper and as there was a boat coming up the chaps had to swing the bridge and stop work so they told us to lock down straight after it so the chaps wouldn't be disturbed again in an hours time to let us down. 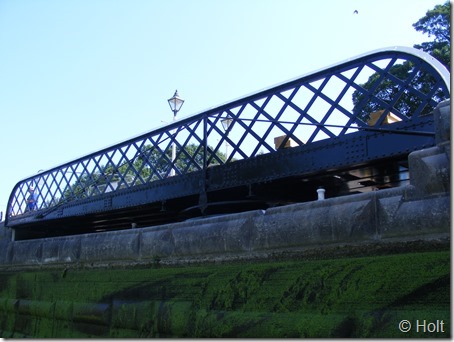 Apart from the side rails most of the bridge is new steel but the old winding gear will be refitted. Once its done the lock keepers will have to open it for every locking.

Hunts lock was ready for us when we arrived, there is still water flowing over the sluices there. That's just as well because Saltersford lock had 36 lockings yesterday as the dredgings are take down stream for deposal.

We stopped by Northwich Dry Dock to have a chat with Matt about having the boat blacked next spring. The bostocks in the dock are high enough to clean and paint the base plate and they use a very high pressure lance to clean the hull off before painting. We then carried on down stream to moor at Barnton Cut visitor moorings, it wouldn't do for the pass on tick-over brigade to moor here as every half hour a tug pushes a mud hopper past, one way full and one way empty, no they don't pass at tick-over.

Since we have been here we have also had a group of canoeists go by, When the person in the back of the lead canoe stops paddling to answer the phone the effect on the flotilla is interesting as the one behind touches the stern of the one in front and boats started going in all directions. 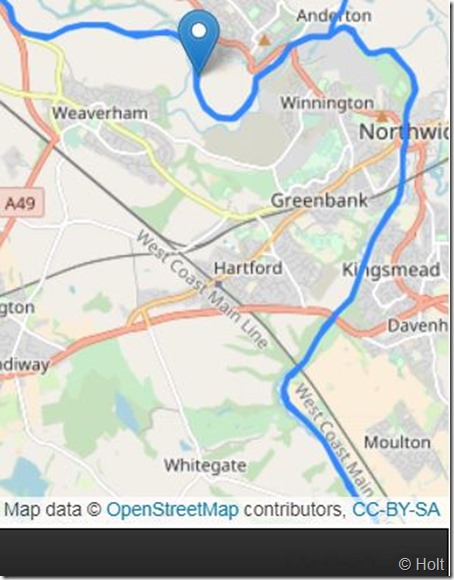