Off at quarter past ten this morning moments behind the boat moored ahead of us. A couple of groups of fishermen to pass who all seemed OK. Some were using poles and others ledgering so we were bound to go through some ones swim. I expected to see the boat ahead on the pub moorings at Winsford but there was no sign of them as we carried on to the tow quay to top up with water. After passing under the two bridges I could see they weren't in the basin, but we found them at the end of the river about to go into the basin, unfortunately they chose the wrong side and were soon aground, there is very little water on the island side but about 2 foot on the bank side, but they got off OK and we followed them in to use the water point.

As we left the quay I could see that they were sailing at the end of the flash so plenty of depth there if you can find your way up. 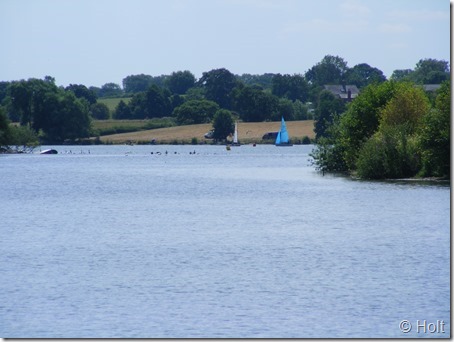 I wonder how long ago they levelled the town bridge up and how bad it was when they did it, if the did it in one shot it must have felt strange crossing it. 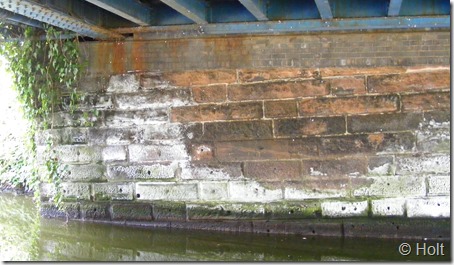 A little way down the river we came up behind these paddle boards and inflatable canoe, shall we say they didn't make things easy for me even though I finally got past them on tickover. 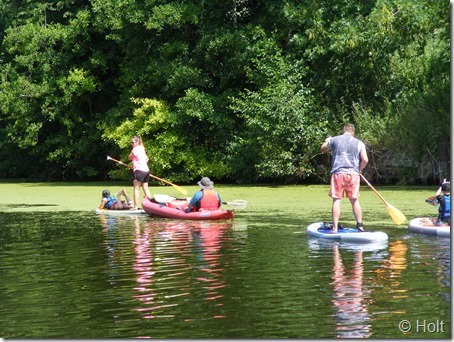 The water level at this end of the river is still the same as last week at about 200mm down on when we usually visit and there is no noticeable flow at all. We chugged slowly down to the lock holding pontoon and rang the lock keeper to tell him we were there, turned out he would be working the lock in half an hour with another boat going down. When the hire boat went by we slipped off behind it and went into the lock beside them, they only came on the river this morning and were going back up onto the canal this afternoon. The reason for the locking time soon became obvious, the lock was already full but a boat wanted to come up on the 1330 locking, so the lock had to be emptied for them and we went down with it. We then both carried on to Hunts which was also still full and dropped down so two more could go it.

We carried on towards Northwich town just stopping to dump the rubbish and watch some interesting dingy skills being performed. 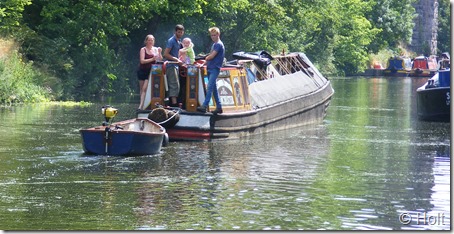 We fancied a BBQ again tonight so were looking for somewhere out of the way to moor, the Pontoon at Anderton was almost empty but not the best place to set a BBQ up so we carried on to Barnton Cut visitor moorings which were full. The good thing about this river its wide enough to turn anywhere, you don't need a winding hole, so it was back upstream about quarter of a mile and moor there.