Last night after we had eaten our BBQ it was too cool to stay outside with the wind coming straight across the Mersey but the clouds did make so nice patterns with the sunset, I don't think digital cameras show the colours to truly, ether wishy or to bright. 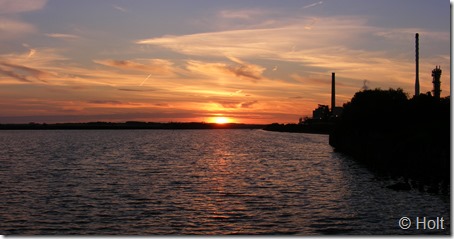 This morning the wind had died down a lot and moved round a few degrees. We spent a bit of time wandering around the lock, 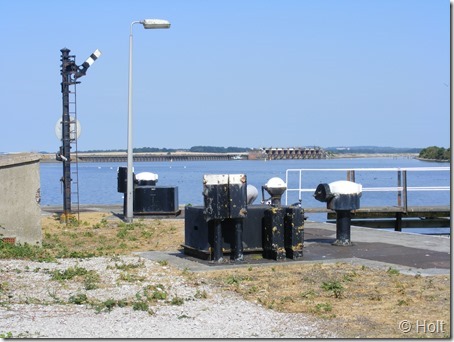 I wonder if boats leaving the lock have to leave this dolphin to port, and what is the structure on top of it? 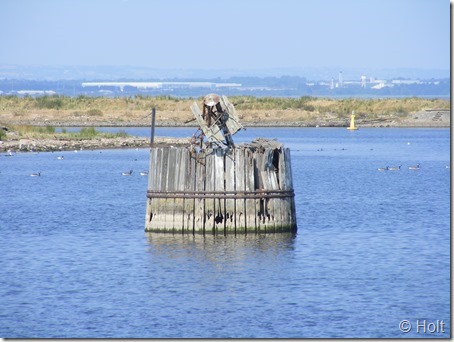 On the land the other side of the lock its a haven for Butterflies, we saw several varieties but only manage to photo 3 and some caterpillars.

At one time the locks were operated by large rotary switches that click in four positions they are similar to a tram controller to look at but I suspect they work differently. 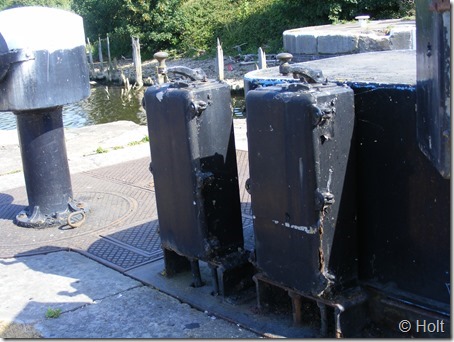 It was very quiet moored in the lock, much quieter than on the floating mooring platform outside on the river. 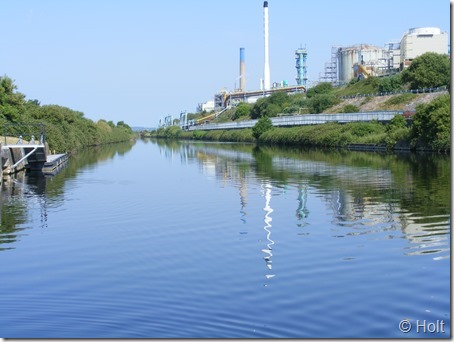 We headed off upstream at 10am. Yesterday the Daniel Adamson had told me they were leaving at 11 so the waterpoint would be free, however when we arrived she was still there so we moored on the end of the visitor mooring and took a walk into Frodsham partaking lunch in the pub before returning to the boat in the heat, Daniel Adamson was still there.
Before departing we decided to put the Bimini up over the slide, I wish I had done it days ago. I only just found out you can buy them on line, we made ours. It was just three o'clock when we left and my letter said that Dutton lock last up was 4pm, As we approached Dutton viaduct there is a concrete distance marker, most of these have had the arm and numbers broken off, but this is one of the few intact and as you can see the Heron was making good use of it. 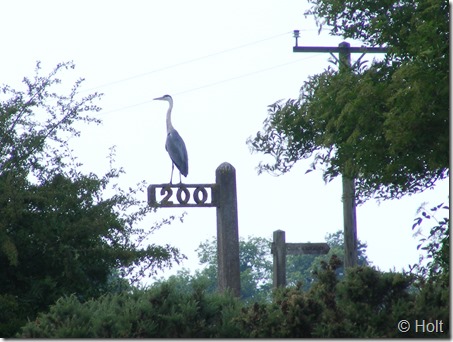 I thought we should just make the lock for 4 pm and we did, drawing onto the lock moorings at five to four. Only thing was the lock keeper was working up on the odd hour so had lifted boats at 3 pm but he would be doing the last locking at 5 pm which was fine. There is a water point below Dutton lock and it must be the slowest ever, the tank was filling for the whole hour and we were only half empty. Diana picked some black cherries from the far side of the lock while me and the lock keeper put the world right under the shade of the apple tree. Once through the lock we moored for the night just above it. 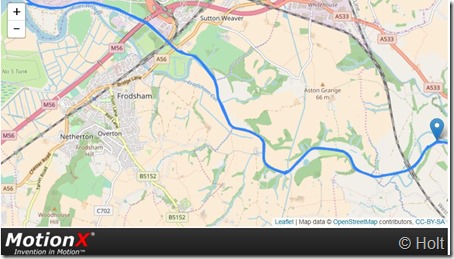