Last nights moorings were lovely and peaceful until just after 6 pm when there was a right racket coming up the river, I thought it must be a party boat, but when it came into view it was just a single rowing boat with the coach shouting her heart out through a loudhailer. You can here her just talking to them after they stopped across the river from us, she is less than 20 feet from them but still needed her loudhailer to speak with them.

After they left all was peaceful again and we had a glorious sun set, just a whiff of light cloud in the right place and clear blue everywhere else. 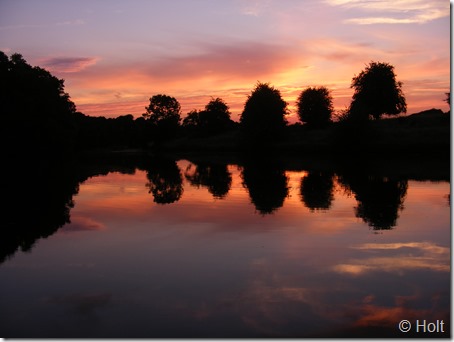 This morning I rang the Dutton Lock keeper at 9-30 to get his locking times, 11 am would be the next so we set off in his direction eating breakfast on the way. I think the longest train I have ever seen crossed Dutton viaduct just after we had gone through loaded with cars, I can't say how long it was as I didn't see the engine, but it just kept coming and coming.

There were already 2 boats waiting at the lock, one of them I knew from the internet and by the time the lock was ready there were 4 of us going up. I was told that the Daniel Adamson also damaged the top gate on this lock at some point but I can't confirm that. 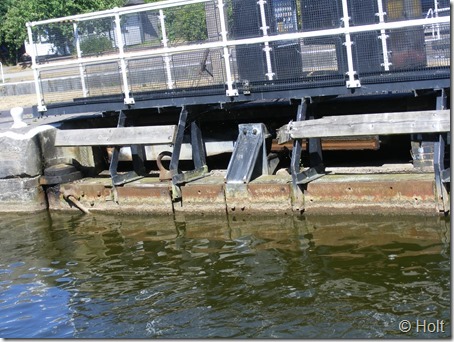 CRT are dredging at Winnington and they are bringing the spoil down to their disposal site below Acton Bridge by hopper, where it is unloaded into a crawler dumper and taken to the disposal site. 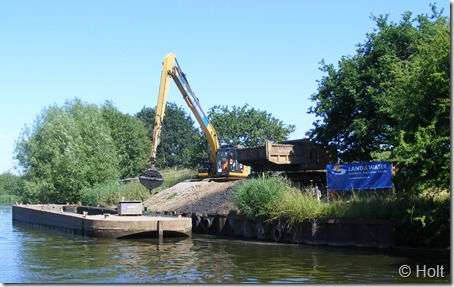 This actually worked in of favour at Saltersford lock as we should have waited there for over a hour and a quarter for the next locking, but when the tug arrived with the empty hopper we were all allowed to lock up with it. 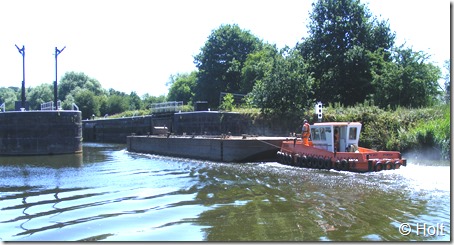 A short way above Saltersford lock there is a weir and as you can see the level is about 100 mm from the top of it today, this is due to the dry weather which is the reason for the lock time restrictions. 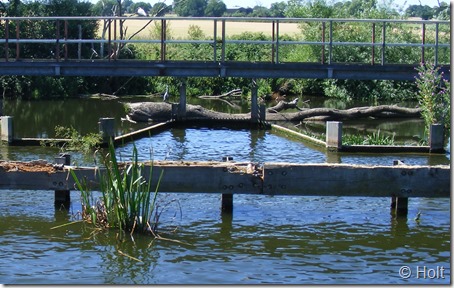 We had been warned that we would meet a full hopper coming down and sure enough we did, as you can see the empty one is in the distance going upstream. 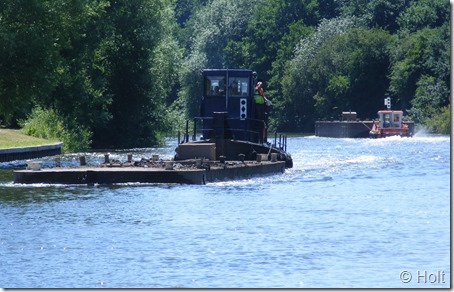 Just above Winnington swing bridge the dredger was hard at work mid stream, but the river is plenty wide enough for both us and a Narrowboat coming down stream to pass without a problem. 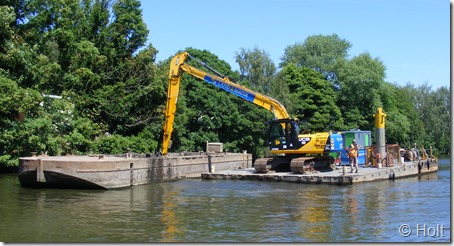 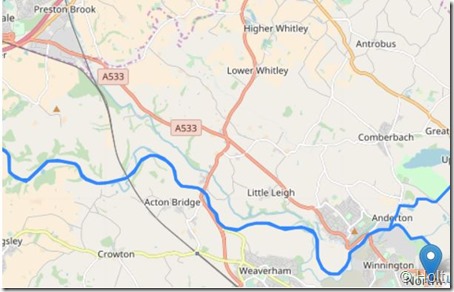 9 Miles, 2 locks in 3¾ hrs
Please click the map to see the full journey