As we lay in bed this morning we could hear noises outside but couldn't see anything, maybe it was a quiet rower going by, we had heard others. 10 am and ready to go Diana lifted the floating wheelbarrow wheel that we use as a fender when the stone work pokes out under the water level. On the fender was this poo, which I suspect is Water Vole poo, so that was who we heard between the boat and the bank, using our fender as a toilet. 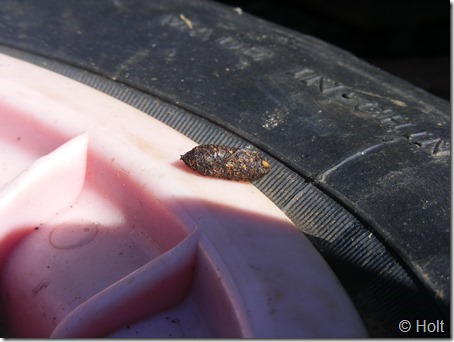 The Daniel Adamson was still moored on the water point below the bridge, that seems like her mooring now. Last night we walked down to her and got invited on board fro a quick look round, it really has been restored to a very high standard. There are photos on their web site at https://www.thedanny.co.uk/virtual-tours 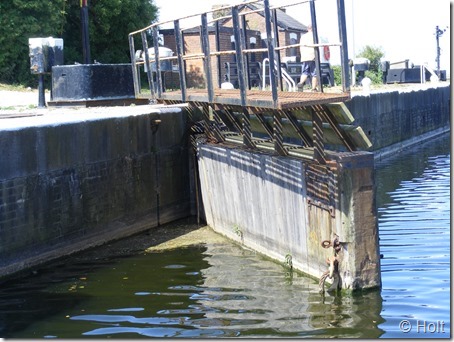 the top gate and motored right into the lock, its the right hand gate as you leave the lock and the top beam is broken like a matchstick. 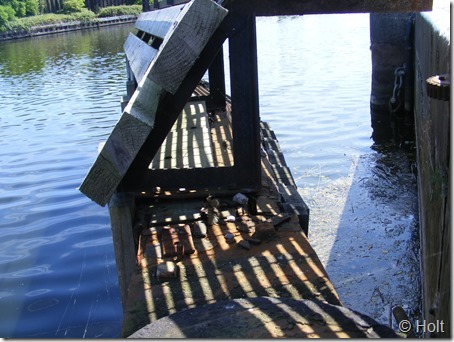 I had not seen any photos or information about the damage on the internet or elsewhere until this afternoon. There are several lock gates laying around on the Weaver but I bet there is not one in good condition that's the right size. I would have expected the damaged one to have been removed by now, but the only sign of progress is tape around the good gate. 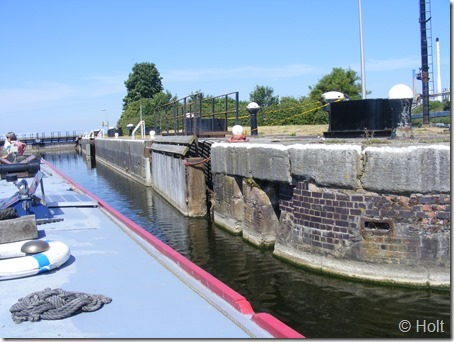 We carried on to the end of navigation, as we passed the chemical works 2 chaps were in a basket attaching the ropes from another crane to the top of the stack, when we returned they were cutting through the stack, this seemed strange as there is a bolted flange about 10 foot lower down. 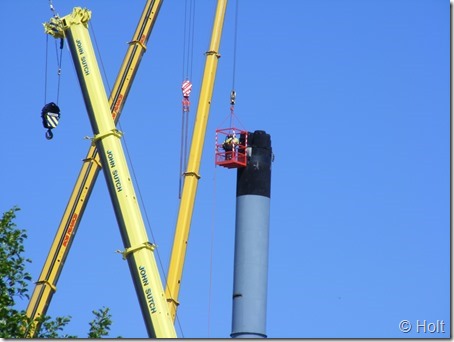 As we made our way along this section we passed a family of Shell Ducks, even these tiny things could dive and come up a few yards away. 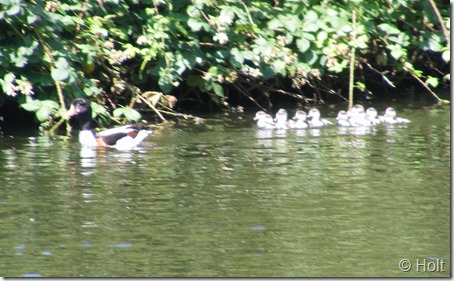 Also a family of Golden Eye ducks, these had a different technique and instead of mother staying to look after them, she flapped off down the cut as if she was unable to fly, when she felt we had followed her far enough she flew off out of sight and then returned to the chicks a short time later, This is to draw predators away from the young. 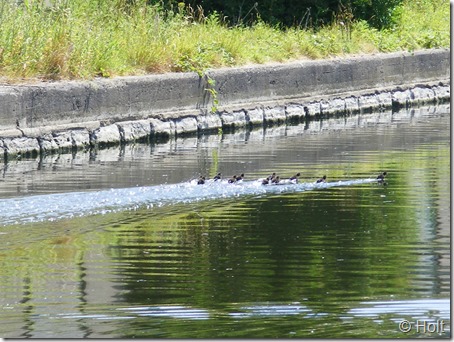 There were also the families of Mallards and geese who just held a tight bunch and swam away.

Passing the rowing club was "interesting" I wonder if they have ever done a safety assessment on recovering their small rescue dingy? This didn't look the best idea to me. 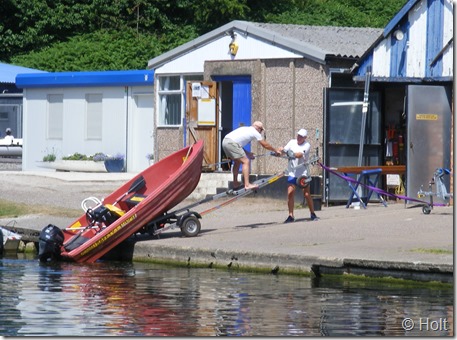 On the bank not far from the rowing club is an old mooring ring with a pin, This would have been used like a belt buckle on the

loop in the end of a mooring line, something much heavier than shown in the photo below.
When we got back to Sutton Bridge the Daniel Adamson had gone so we stopped to fill with water and eat lunch before she returned for the night. We noticed as we came down this old brick building beside the river by Sutton Bridge, there is a square cast iron post by it, but I don't know if that was anything to do with it, I would like to know what the building was for. 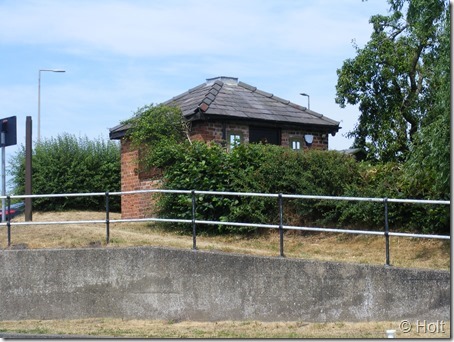 We carried on to moor for the night at Devils Garden, another boat has joined us since we have been here and the Daniel Adamson has gone past heading back for Sutton Bridge. 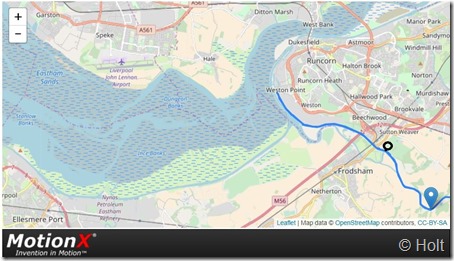