A sort of back and forth day today, we used the last of the charcoal last night on the BBQ so must remember to bring some back next trip. 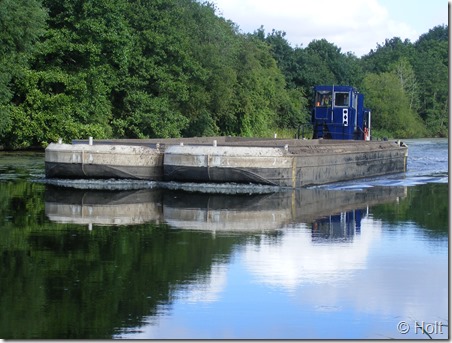 We had just let the ropes go when an open orange boat comes whizzing down the river and asked out intentions, 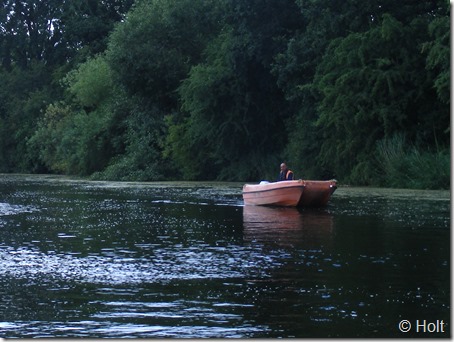 I said we were winding and going upstream so he asked if I would wait as they were towing a barge down and didn't really want to arrive with me across the river so I agreed to wait until they had gone. What came down was the orange tug, going backwards closely coupled to the barge with the dredger on it. The barge is fitted with two spud legs, both fully up and the furthest away one had white paint around it that looked like crack detection spray. We heard it had cracked a leg on Friday. 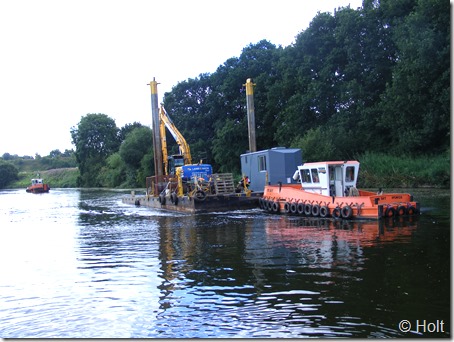 The other orange tug was following down behind, so that's the end of operations for a bit.

Once they were gone we turned and had a slow run up to Northwich mooring against the flood wall before walking into town to dispose of books and jigsaws at the Heart Foundation shop. Back on the boat we went up to just below Hunts lock and moored for lunch.

In the afternoon we went back down stream to the lift before returning to Northwich to moor for the night. The reason for the second run was a bit more battery charging time needed and I would rather cruise nowhere slowly than sit moored up with the engine running. It worked out well actually because while we were away some of the boats moved from the visitor mooring, so on our return we were able to get in and its easier getting on and off the boat here than at the flood wall . 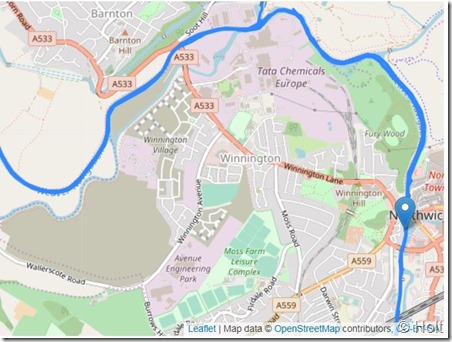