This morning the two tugs crossed right beside our boat, this gave me a slight stability problem as I was having a wee at the time. By twenty to ten the next full one was coming back down stream, so 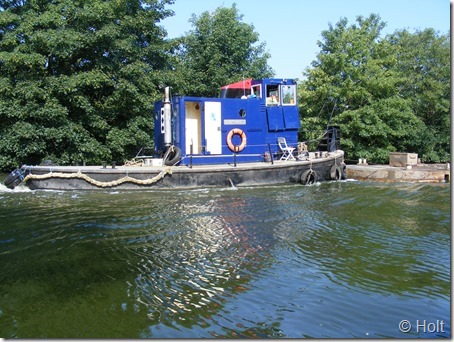 we set off behind it, knowing that they would work the lock for it. You can see they don't slow much for passing boats.

As we arrived at the lock it was waiting by the top gates and the empty hopper was being pushed upstream there were also two cruisers waiting to go down. One of the things I noticed which I hadn't spotted before was the small orange push tug comes from Ipswich, when we got down to Acton Bridge there was a second orange one, a sister ship which I think they had just launched as there was a crane parked beside the river. This would make sense as they have to swing Winnington Bridge every time for the CRT tug but the orange ones from Ipswich can get under it OK. 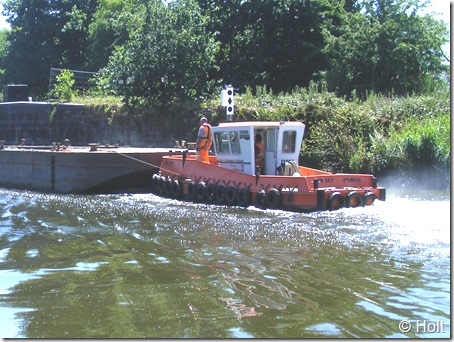 Just above Sutton Bridge there is a lot of activity at the weir, but I don't know what, there is now a large caravan, container and several tented structures there.

Us and the two cruisers made our way slowly towards Dutton Lock. CRT have not really thought out their lock timings with Dutton and Saltersford both on the same hour. This means if you drop through Saltersford at 10 am and cruise at a reasonable speed down to Dutton you arrive there just before 11 am. but Dutton only locks down at 10 and 12 in the morning so its an hour wait. The same thing coming up, 50 minute journey followed by an hour and ten minute wait. If they had staggered the times by an hour it would have made much more sense.

Passing the rowing club a group of disabled people were taking to the water for a canoe outing, not a responsibility I would relish. 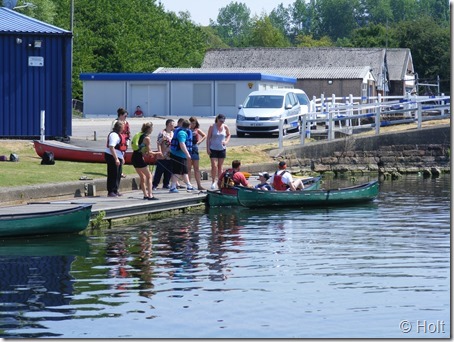 We planned to moor by Marsh Lock for the night but when we arrived there was already a boat on the moorings, so I have moored in the lock, I hope they don't close the top gates overnight! 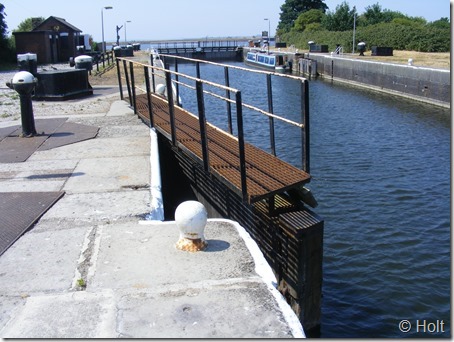 The top gate is fully open so you can see how big a kink there is in the top beam, here is a close up of the damage. 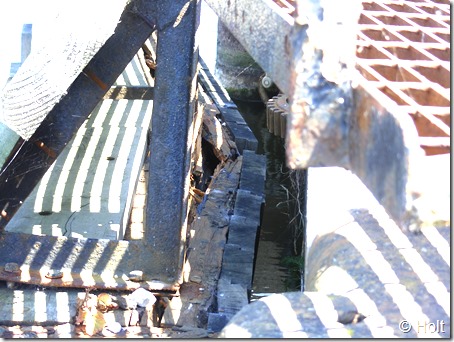 When we were down here at the weekend the broken top gate was in the closed position, when we arrived to day its fully open. 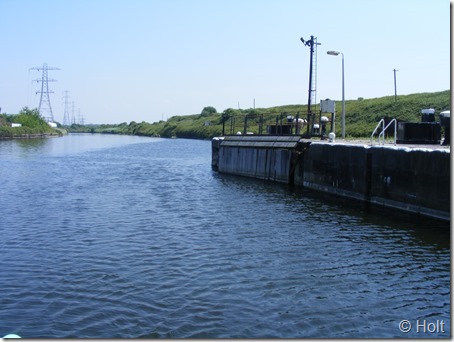 Another thing I didn't notice last time I was here was the bunch of artificial flowers that someone has put on the jetty, don't think I would venture out there. 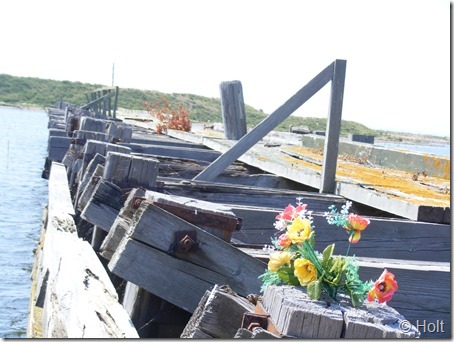