Lovely quiet mooring above Dutton Lock last night, there were a few rowers around this morning , but not noisy like the one from Runcorn. We set off at 10 as Saltersford lock was due to lock up at 11-30 so a nice steady run saw us there in good time, there was a cruiser waiting who thought it was earlier as he had a lift booking today, so when the lock was full we let him out first. No dredging operations today so the lock was working to time. On the subject of dredging I said the other day that they have just got another small tug from Ipswich so they don't have to keep swinging Winnington Bridge, well the new tug is fitted with a wheelhouse that is about 500mm taller than the original tug, so it still wont fit under the bridge, I also heard that the dredger has broken down so all work is stopped for now.

The Weaver down this end has a nice covering of green algae in places, above Hunts lock its duck weed. 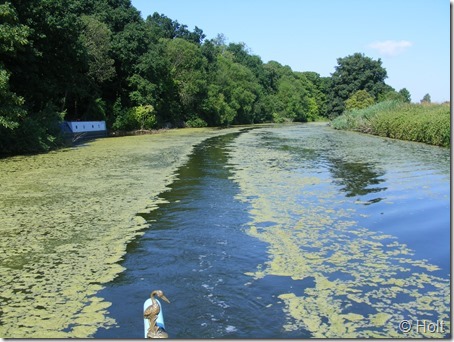 As we passed the Anderton Lift the ex tar boat Spey was on her way up, I hope they didn't insist she shuts her Bolinder engine down. Spey has been in Northwich Dry dock for a week doing a bit of work on her hull. 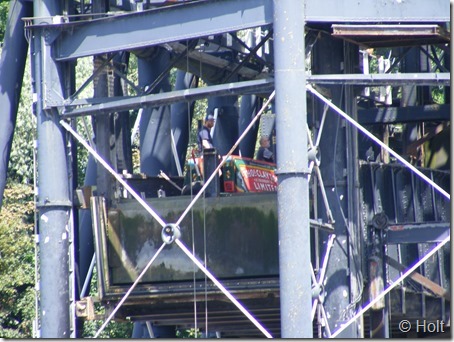 Anderton Lift were having a Pirates day so we stopped for a look, as we entered the visitor centre Spey was just making her way along the Trent and Mersey canal. 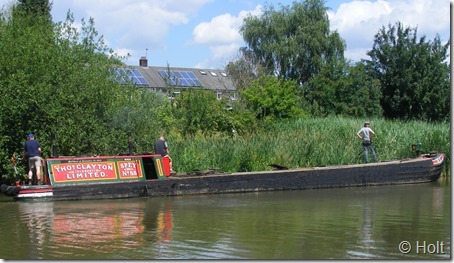 Down by the river at the visitor centre there was a display of firing flintlock pistols, a blunderbuss and a couple of Canons, demonstrating how they were muzzle loaded with powder and wad, but no shot or balls. 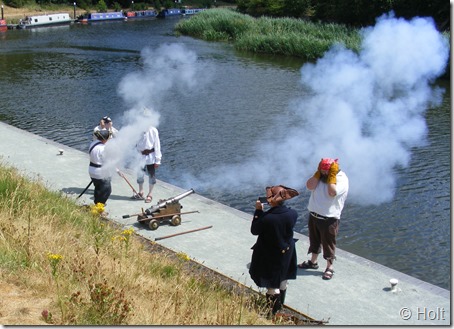 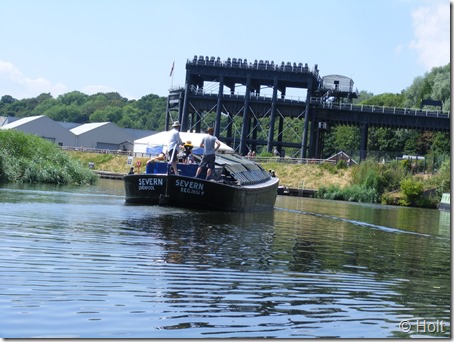 After lunch we mowed upstream through Hunts lock. For some reason the lock are operating on the half hour at weekends but on the hour during the week, maybe its just to confuse people. As we entered the lock I noticed this little box just at towpath level. 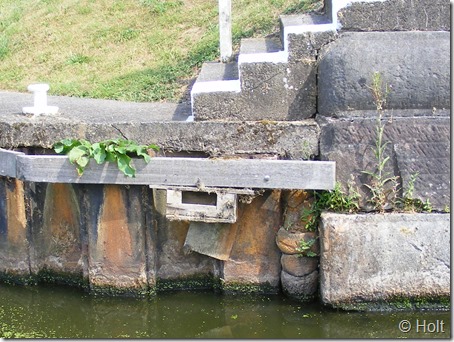 Once clear of Hunts it was on up to Vale Royal where the gate was open ready for us. They have made good progress with the bridge with the swinging mechanism fitted and working but still have the decking and final painting to do. We only went about half a mile above the locks to moor for the night on the Vale Royal visitor moorings. 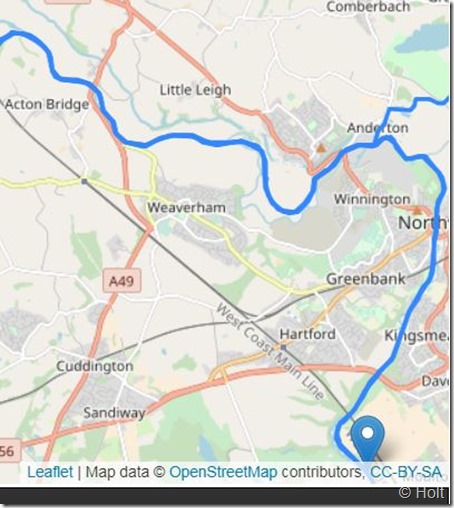