An early start this morning as the relief skipper was up, made his bed up, laid the table and got breakfast ready so we had an early call, we were on the move at 8-30 am.

The canal was diverted when they built M45 at the Crown Meadow Arm and the arm is now un-navigable. 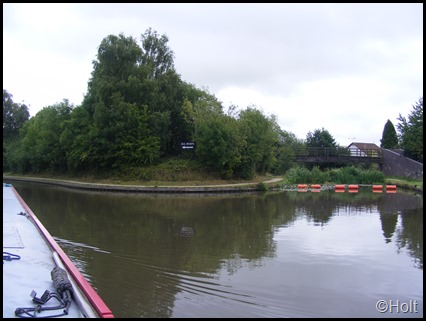 Passing the Bittel Reservoir I thought there was a lone fisherman, 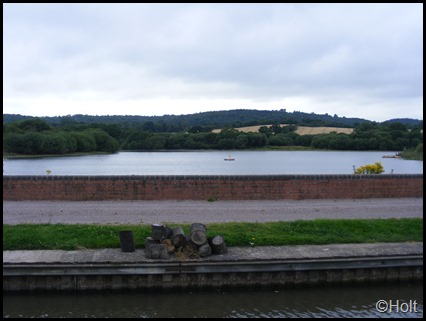 but on closer inspection it looks to be a scare crow in a boat. 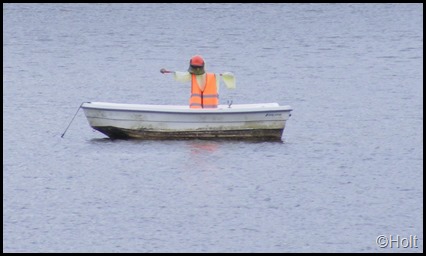 Wast Hill tunnel is some 2726 yards long and as we approached I could see a very bright light coming towards us, but it seemed to be flickering as if something was passing in front of it. A short way into the we realised that there was a boat ahead of us so eased of a bit. We were well over half way through the tunnel before we met the boat with the headlight that had been dazzling us since we first entered the tunnel, I did suggest he should maybe adjust it slightly but I think it fell on deaf ears. Once passed we could clearly see the boat ahead with no spot light in our faces.Again there are some nice stalactites in the tunnel. 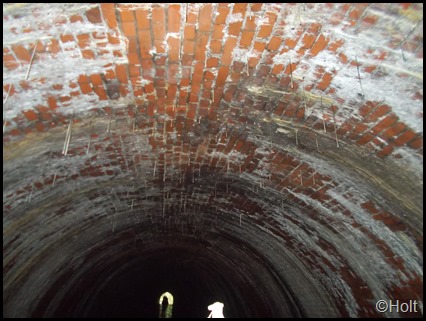 Once we were passed Kings Morton junction the relief skipper took over until we reached Bournville. 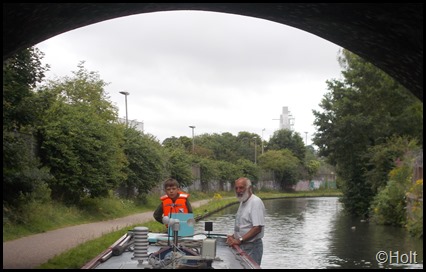 I was surprised by the amount of wind at the Mailbox, I was considering mooring there but the wind changed my mind, I don’t know if this is due to to the high buildings surrounding it?

We tried getting into Cambrian wharf but there was no space so we backed in behind the Sea Life and moored there for the night, there was just one boat here when we arrived who left shortly afterwards but by tea time all the moorings were taken. Not only is it handy for town its also got a good Wifi signal courtesy of Mr Bannatyne . 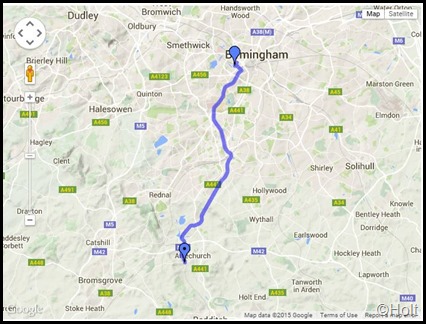