Yesterday evening about 10 pm we went for a wander around the City, I was surprised how quiet it was, very few people about and most bars and restaurants that we could see into quite empty.

The moorings behind the Sea Life Centre were so quiet it was almost unbelievable. This morning we pushed off at about
9-30 am  filling with water at Cambrian Wharf, needles to say just 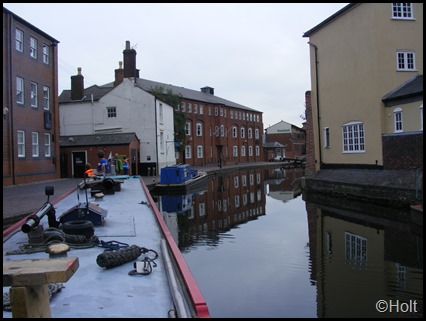 as we were getting ready to go down the flight a boat went passed so we followed them down. At about the third lock we were joined by a volunteer lock keeper who assisted us the rest of the way, what we didn’t realise was that there was a second volunteer with the boat in front. Part way down the flight there is a rather clever portrait of Brindley, it is black perforated steel mounted in front of a white wall. 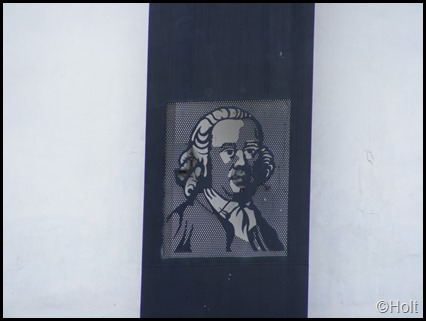 We met the first boat of the day as we exited the bottom lock.

At Aston Junction we turned right on to the Digbeth Branch and stopped on the 48hr moorings for lunch, there is a very convenient winding hole here but there are a row of mooring bollards directly opposite and in the middle of the 48 hr visitor moorings. 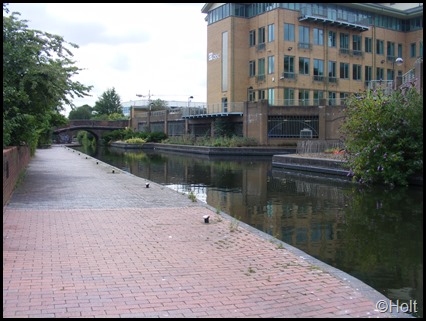 After lunch we retraced our steps to Aston Junction and headed down the Aston Flight. A boat must have come up while we were having lunch as the first two locks were with us. We met two moor who were travelling together down at lock 7 & 8 By now the relief skipper was steering the boat straight into the locks.

At the bottom of the flight it was hard right and hard right again up the Grand Union to moor at Star City. The moorings were empty but within minutes a boat came up behind us and moored followed by a hire boat coming down. The end of the moorings has now been taken over by the pedalo hire people so when a forth boat came along we invited them to moor along side, they will move to the pontoon when the pedalo chap closes up for the night. 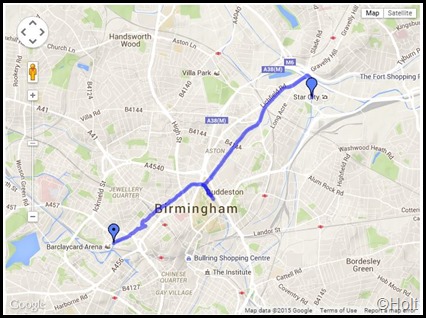