We had a very enjoyable meal and a pint with Malcolm and Barbara last night in the Tudor Arms, not fancy but well cooked reasonable priced food with reasonable portion size.

This morning we set off about ten for Sharpness, unfortunately summer ended on the 31 July this year and it was cool, windy with a bit of drizzle. On the way we were hailed by a chap on a cruiser that had broken down who wanted a lift into Sharpness so that he could visit the boatyard to get some one to come out to his boat. After dropping him off we filled with water and moored up behind nb. Pilgrim overlooking the Severn. A quick chat about another meal out and we walked to Sharpness sea lock. 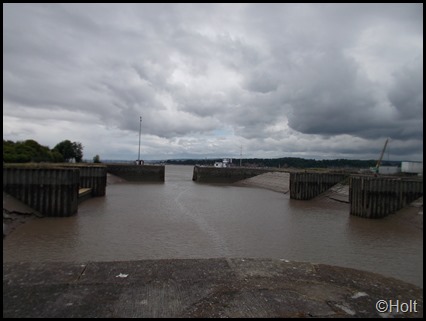 To get there we had to cross the old sea lock that is now dammed up, at the very point is the  headquarters of Severn Rescue, a bit like the RNLI. 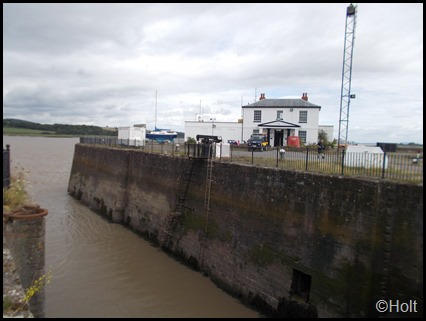 We then walked to the other end of the docks and what I always thought was a railway swing bridge at the end of the canal is now a road swing bridge. On our way back to the boat we called in at The Dockers Club for a swift half returning by a shorter route via the marina.

There was a young lad rowing his inflatable down the canal, we would see him later rowing back with his little brother and sister  as passengers. 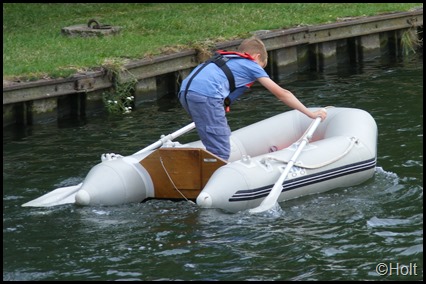 After lunch we headed back towards Gloucester, on the way we passed the water treatment works, I understand its a major extraction point for drinking water to feed Bristol, well it must be the clearest water in any canal in the Country. Even so its classed as DW3 the lowest quality needing the most treatment,

We stopped off at Purton to visit the old hulks, the old concrete ones are still in good shape, its only about 50 years ago these were put here to protect the canal from the River Severn and they seemed to have done a good job. 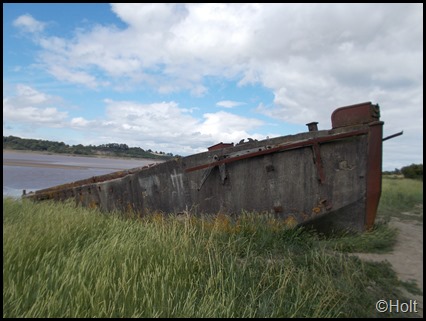 We were soon on the move again and just before Saul Junction on the right hand side of the canal is the old Cadbury’s building, its nice to see they have retained the old covered loading area even though they no longer have milk moved by boat. 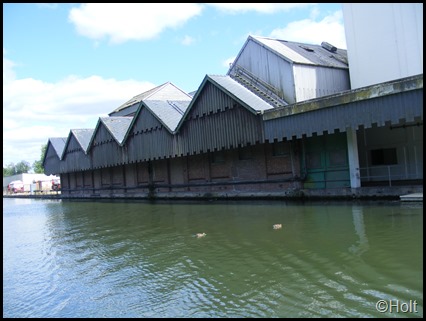 We planed to moor just before Rea Bridge for the night so we still had a bit to do before mooring by ourselves for the night. 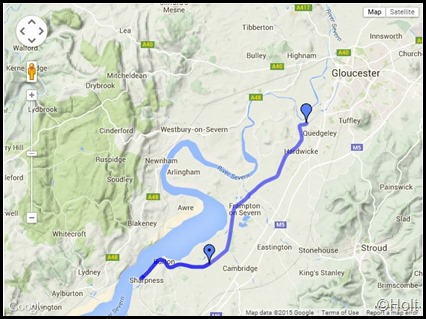