Lots of rain last night and a very drizzly morning. We pushed off at 9-40 and met a few boats before the junction, there were loads of vacant moorings both in Fradley village, at the junction and above Shadehouse Lock. The crew was dispatched to operate the swing bridge but one of them decided that outside in the rain was not a good idea. 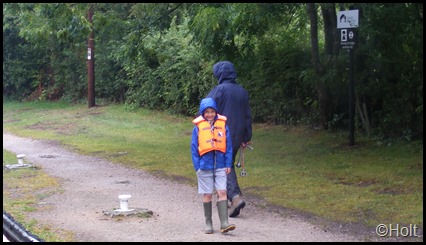 Just as I left the bridge a boat crossed the junction going up, he was the only boat to pass through Junction Lock in the past hour, It was a single hander and we worked him up through Middle lock and Shadehouse lock where he pulled over and helped us up and followed us to Woodend lock. As we arrived at the lock a boat was coming down and by the time our single handing friend arrived there were two waiting to go down so he will have had an easy ride. The drizzle continued well into the afternoon as we continued on towards Rugeley. I noticed that the walking/running graffiti artists have been out again, 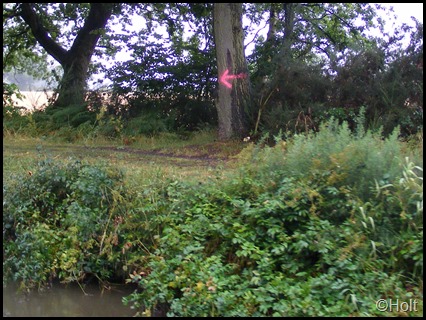 I first spotted them yesterday on the B&F and now on the T&M The last one was in the same place as we saw them last time at bridge 58. 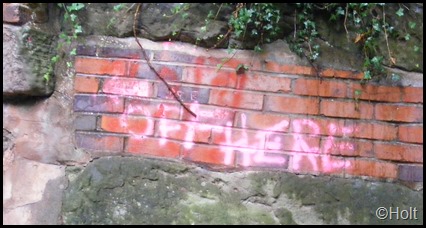 Rugeley and the surrounding area was packed with boats. I expect to find the piled section up to the supermarkets full of boats, but today there were loads north of this, opposite the grave yard and opposite all the houses leading to the aqueduct, then moor on the 48hr rings just over the aqueduct and also between the winding hole and Taft Bridge.

We stopped at Taft Bridge to fill with diesel as its the cheapest place in the area before mooring up just before Wolseley Bridge, to our surprise there were only a couple of boats here, but its filled up a bit since. 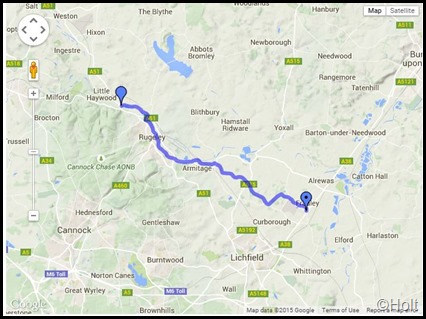