Today was supposed to be an easy day, get up and set off when we feel like it etc. First problem was the chap behind started his engine at 7-15 am to set off at 8-15 by which time the building site had started work and boats were coming by. So at 9 am we pushed off, backwards to the first water point where the chap who had been moored next to it all night in kindly pulled back to let us in. as two hire boats were using the next outlet the tap was very slow so we only took half a tank full. Then back further to turn in the basin and into Diglis top lock which we had to turn. just as we were going in a small hire boat came steaming down the cut, turned into the basin, stopped and looked lost, he was looking for the Severn so I invited him to join us. It was an elderly couple with Grandson out for half a week doing the Droitwich ring. Poor chap didn’t have a clue what to do or where to go. Diana and I worked him down the two locks and told him several times to turn right on the river which he did, I had to pick Diana from the landing stage.

The rowers were out in force on the river between the lock and the bridge, again working on technique, which means floating in the middle of the river until you are just bow to stern with them and then setting off at 4½ MPH covering your bow. 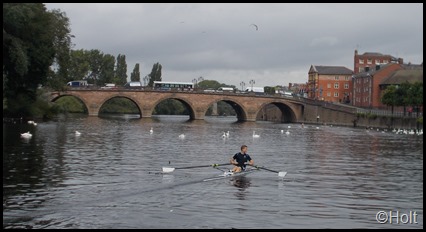 We passed the Cathedral with a Ferry gate that looks very similar to Pulls Ferry in Norwich. The landing stage is for the trip 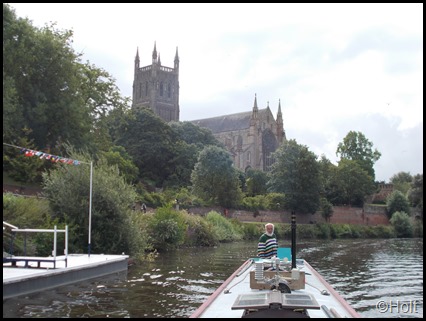 boats and then under the railway bridge. 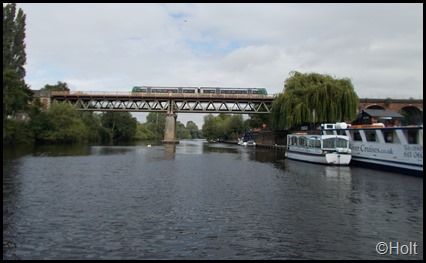 Past the Race Course moorings where the charge is £4 a night where there was more rowing and a Dragon Boat crew practicing.

As we approached Bevere lock our hire boat was just untying to go in the lock as the light was green, he made a real pigs ear of getting a line on the wire and tied off to the ladder which I spotted almost falling in on a couple of occasions. We got up unscathed and he followed me to Hawford Lock which Diana set 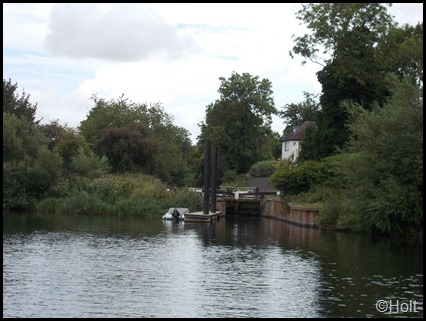 and after we had opened the gates I waved him in. He did open his gate but didn’t take a windlass with him. By now we had a hotel boat behind us. He had great problems stopping on the lock landings, switching the engine off as soon as he was close enough to jump ashore and then running forward for the bow rope. With the help of some foreign bystanders we worked him up through the second lock, The hotel boat decided to stop for lunch above the lock. At the third he offered to stop and let us go on alone but I was concerned he might have an accident if we left him besides it would be the wrong thing to do, after that we had him getting off on the lock landing and opening one of the paddles and gates, but I was worried when he tried to climb the 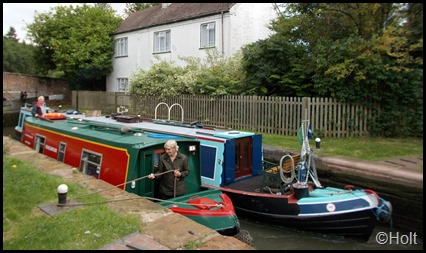 lock to help with the top, after this we were leaving by one gate. He was very grateful and obviously upset that he wasn’t pulling his weight. His wife couldn’t drive the boat and was waiting to go into hospital for a heart operation, The grandson who was 10 did try to help me at a couple of the later locks but wasn’t really strong enough to do much but showed interest in what we were doing as I explained things to him. When we reached the top he set off first heading for the basin to fill with water and then getting the chap at the basin to moor the boat for him.

Now came the best bit, a couple of hours later there was a tap on the side of the boat, it was the Grandson with a bag, in it was a parcel all nicely wrapped up with a bow and in it a large box of Thornton's Chocolates as thanks for helping them.

One of the locks had a rather nice circular spill weir which looks as if it was new when the canal was restored. 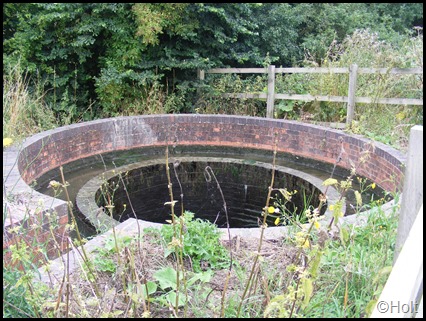 The locks on this canal may be heavy to open and close but every thing works nicely and the gates are all well hung without bad leaks, The paddle gear is all in good condition, I don’t know if its original of a copy, It will be interesting to see how CRT plan to modify these pawls to be self latching unless they fit springs on them. 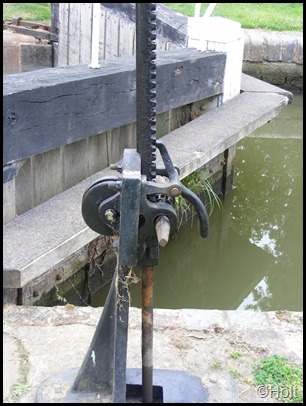 One point that caught me out was Salwarpe Bridge, Its a big bridge than goodness but its just on the exit of a right angle bend. 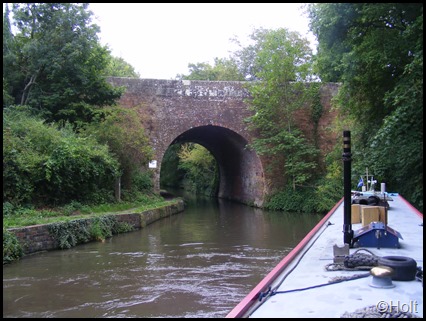 A little further on there is a tunnel made of corrugated Iron rings, this is just before you get to Vine Park basin where we were 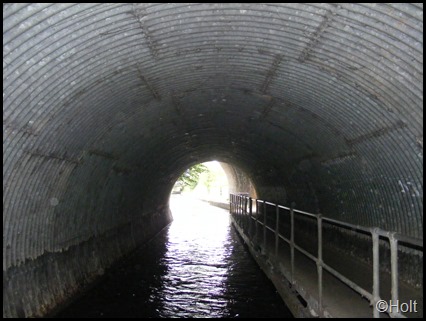 mooring for the night. There are a number of finger pontoons here in a semicircle and there were still about 4 free so we slipped into one of the side ones. About half an hour later the 72 foot hotel boat arrives looking for a mooring, there are only 2 slots now at the end, but if he uses them some of the boats in the side moorings wont be able to get out, so we offer to do a swap and I went at the end leaving about 9” clearance for the last boat on the side to get out and he went in the side where I was moored. 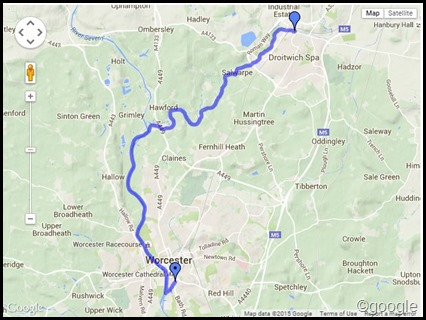 Thanks for the report. We will be going in the opposite direction this bank holiday weekend, so your information is most timely!