We had a good nights kip after our BBQ even though we were quite close to the railway. This morning we were away at 9-30 and had to turn Astwood Bottom lock, but it was the only one as there was a steady stream of boats coming down. Part the way up the flight we met Roach hanging below lock 19 waiting for their butty, Gosport to catch up.

This was being bow hauled down the flight, they didn’t give any signal that I should pass on the wrong side but I though it would be a good idea. 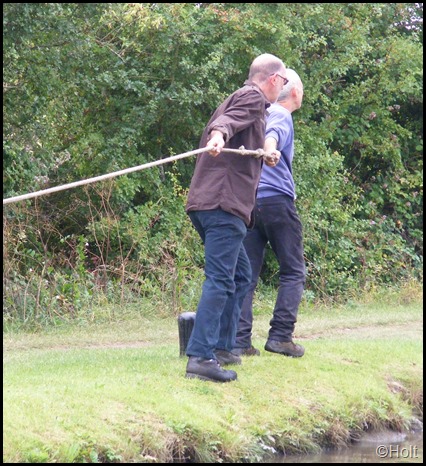 Once clear of the flight the relief steerer took over for a bit as we made our way towards Stoke Bottom, We called in for a quick squirt of water, the relief skipper wanted to make sure we wouldn’t run out. 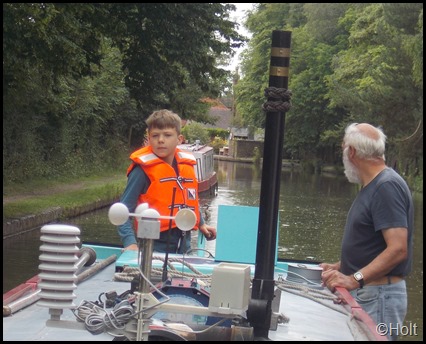 We pulled in for lunch just below Stoke Top and then moved on to moor opposite The Queens Head for the night, We did try on the rings but were bumping on the bottom so moved along to the piling which is better. All the moorings are now full for the night.

Tomorrow its off up Tardebigge, good job we have the extra crew, this year he is big enough to draw and lower paddles as well as open and close gates.