A late start boating today as we walked down to the river first to see the Bore, It was suppose to come at 1023 hr but finally arrived at 1045 hrs. It wasn’t very dramatic but I wouldn’t have wanted to be in a Narrowboat when it hit.

After wandering back to the boat it was gone 11 am before we set off south again, The rowers were out in force but not going very quickly at all. In fact the one coming up behind us after we set off never caught up with us, I think it was more a technique thing they were doing than power. 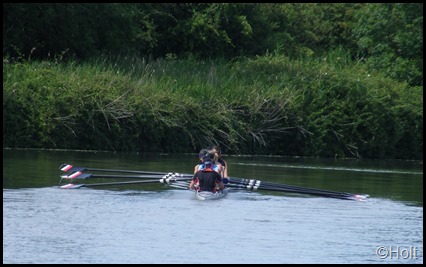 Or destination was Frampton but for some reason there is no mooring allowed for a ¼mile after Fretherne Swing Bridge so that made the walk a bit longer. Part of the plan was Sunday Lunch but when we arrived at the Green the place was heaving, calling into the Bell they said yes we could have lunch but it was a ¾ hour wait, so we ordered got a couple of pints of “Bob” and waited, sure enough it was almost spot on ¾ hour later that two roast dinners arrived. they were OK but I wont rush back. When we left the wait was an hour. We walked along the Green passed The Three Horseshoes which was nowhere near so busy and then on to the small cafe who were doing roast at £8 so we should have walked along first. We had a couple of “Winston” ice creams before wandering back to the boat. One of the reasons for so many cars was the Circus was in town complete with Big Top and lots of living wagons as well as conventional caravans. It must be 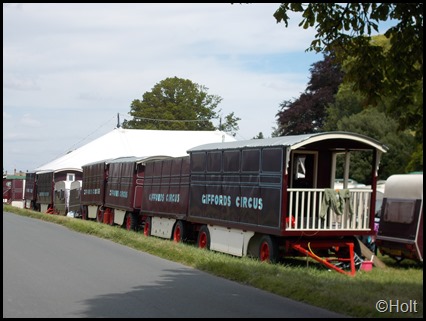 the largest collection of living wagons in the Country. As we walked by the horses were warming up before going into the ring.

Once back on the boat it was down to Saul Junction to invest £16-35 for a pump out, maybe I should do like the hotel boat and just pump it into the canal. It was then on for about a mile to moor just behind the CRT floating garden for the night. 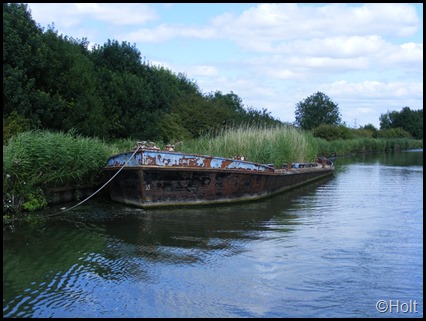 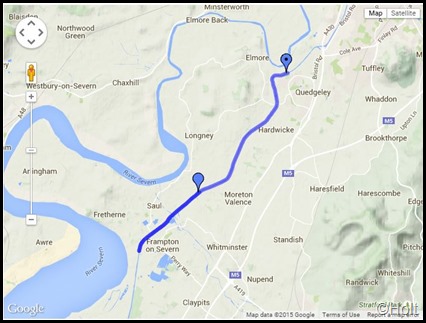