Last night two things happened, one we have a change of plan after seeing there is a talk in Worsley on Wednesday evening about the underground canals that served the mines there, so we are now on our way to The Bridgewater canal for about 4 days. 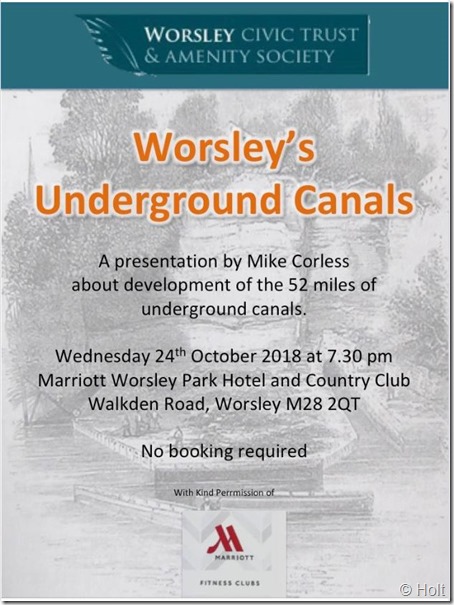 The second thing that happened was at about 9-30pm we moved about 200 yards towards Big Lock, the reason being what sounded like an air compressor cutting in for about 2 minutes in every 10, we guessed it would carry on like that all night so hence the move in the dark.

This morning we were away at 10am. down through Big Lock which was against us and heading towards Anderton. On the way we met a very attractive inspection launch, the Lady Hatherton dating from 1898 and still looking splendid.

We stopped outside our marina while I did an oil and filter change before having a bit to eat. The reason for the location is if anything goes wrong I have the car available, not always possible with our cruising pattern. We were soon on our way again stopping at Anderton to fill with water and dump rubbish, both things are scarce on the Bridgewater canal. After filing with water we past another boat with a difference, not so old but steam powered, The Emily Anne. 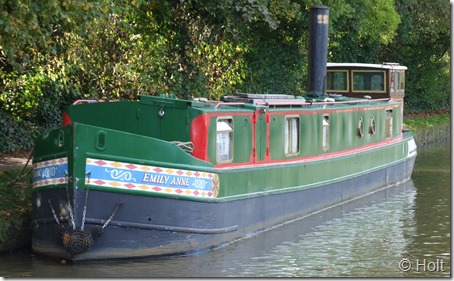 We had to wait at Barnton Tunnel as a boat had just entered at the other end, its quite difficult to spot boats that far back but he gave a good blast on his horn and had twin headlamps. 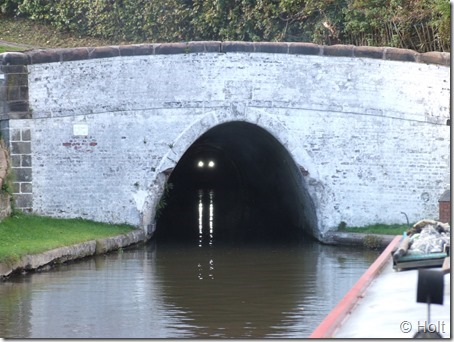 Once he was clear we made our way through followed by a hire boat, I had just cleared the far end when I met another boat so was able to warn them that the tunnel was occupied. We arrived at the mouth of Saltersford Tunnel dead on 3pm. so sailed straight through. We have seen several Kingfishers today, ie more than 6, two I photographed, one on some railings who just sat and watched us and the boat behind pass and one that landed on a moored boat ahead of us. 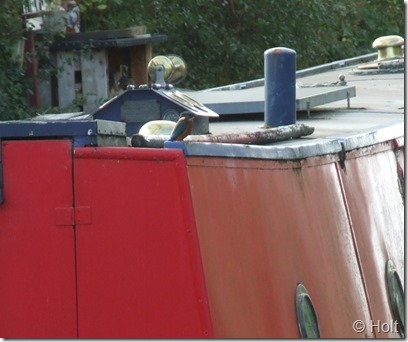 We carried on to the site of the old Dutton Breach where we moored for the night. I had one job left to do following the oil change today and that was top up the batteries, something that I do on every oil change. 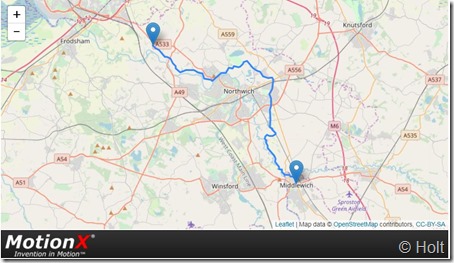