It was a much nicer morning this morning but our luck with the locks had ran out, we didn't see any boats until we got to 46 and he had only done 2 locks. We were away just after 10 30am as again we only had a short day ahead of us and were soon into the swing of working ahead emptying locks ready for the boat.

I have taken many photos of Snapes Aqueduct over the years trying to show the curves of the wall, but today the suns position gave me my best effort to date. 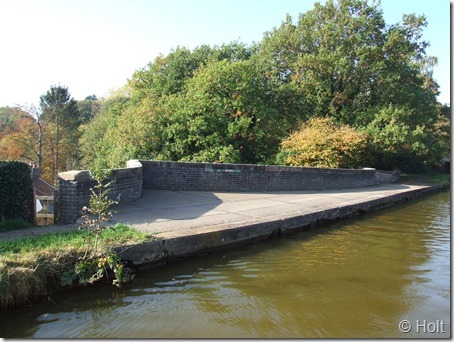 Last time we came through Lawton Locks I got chatting to an old boy who lives locally and has a lot of historical knowledge about the flight so I asked him about the large stone gate posts. He told me that there use to be a large workshop here before the canal was realigned and these posts were the entrance to the yard. 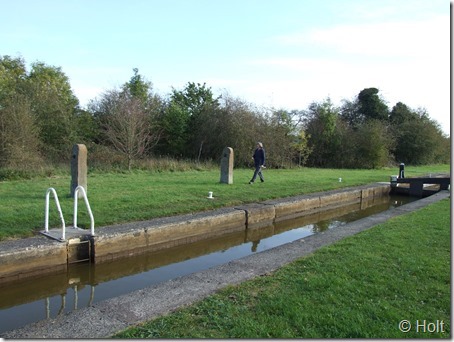 One thing I have noticed on several of the canal it that the wall has been worn away in the same place about 6 foot inside the bottom gates, but only on one side. 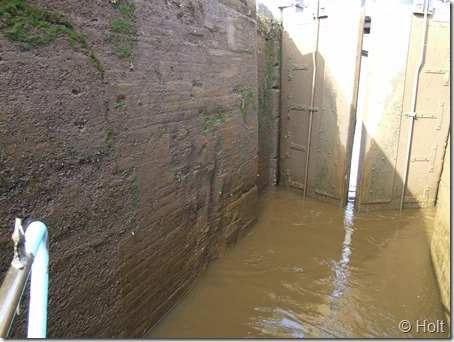 Yesterday I asked about the disks above and beside the bridge arches at the entrance to the lock, Nick left a comment that he remembered red and green disks to show which lock was operational, well today I saw a green disk at lock 17, unfortunately it is beside the closed, derelict lock. 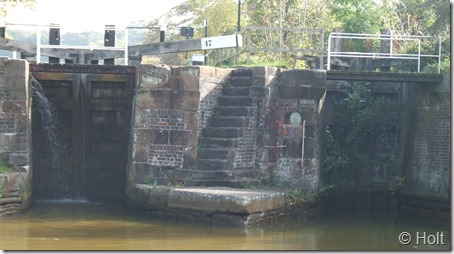 Diana was driving as we came to Red Bull lock and when i arrived at the lock it was almost empty so I drew the paddles and opened the bottom gates, as I crossed back two CRT volunteers came up and one approached me explaining that the other volunteer was new and was being trained as a lock keeper, would I mind if he assisted me under supervision to which I agreed and passed the information to Diana. It was interesting to see the way he worked and how he was instructed to get the thumbs up from the steerer before drawing a paddle, also only lift it half way and then wait again for the OK from the steerer. The lock was worked much slower than we normally do but that didn't cause us a problem. We stopped for lunch just below Plants Lock and made a pilgrimage to Tesco, we came away with 6 bottles of wine at 25% off. After lunch we headed up through Plants Lock taking the right hand chamber as the bridge is about 9" higher on this side and I don't need to remove the chimney and exhaust to get through. 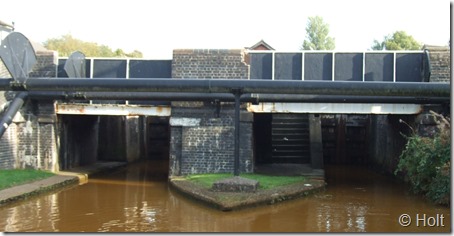 I then winded in the entrance to the Macclesfield canal and we made our way back down to the service at the CRT Red Bull offices and then a boats length to the visitor moorings for the night. 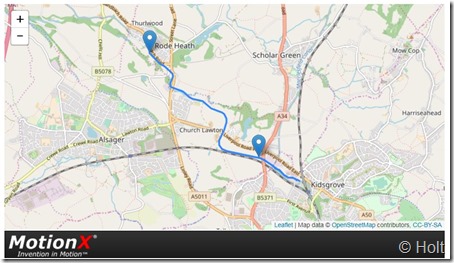