Well that was a surprise, Yesterday was lovely and warm so when Diana had finished cooking dinner she turned the stove off. Our stove is diesel and also heats the water and is a space heater for the boat, so when it warm is only we only light it when required. This morning when I woke up it was foggy, the temperature outside had dropped to almost freezing over night and it was 11°C in the lounge. Not what we were expecting. The sun finally pushed through about half ten, but as we only planned to do about 3 hours today and the same tomorrow we set off a bit later at half eleven.

The gods were with us again with a boat having come down the locks earlier, then as the day progressed we met moor boats so only turned 2 locks but were able to leave 4 open when we left.

One of the bridges we passed under has two round disks painted on it, one at the side of the arch and one directly above the arch where the number normally is, I wondered if anyone had any idea why this was done. Its probably lock 61 and bridge 150.

By the time we reached Hassle Green it was quite warm so we stopped for lunch just above the lock. Each time I come this way I take a photo of the Romping Donkey and its demise/development, here is the latest one. 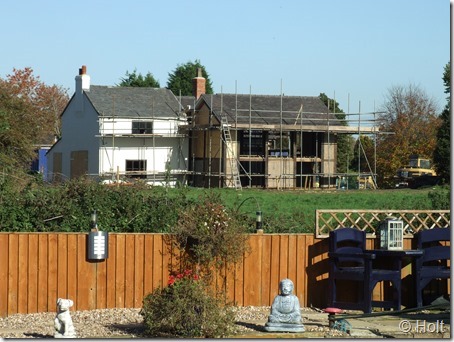 A boat coming down advised us that we would get lots of help at the next lock as the Trent and Mersey Canal Society were having a work party there today and sure enough we were assisted through rather than risk getting messed up on their wet paint. they really are improving the look of the flight.

While they were locking me through Diana walked ahead to the next lock to assist the single hander going up ahead of us. We didn't catch up with him again until we got to Thurlwood Lock where Diana helped him on his way gain. We only went a short way after this mooring at the beginning of the mooring rings at Rode Heath, there are more moored boats here than we have seen anywhere else this trip. 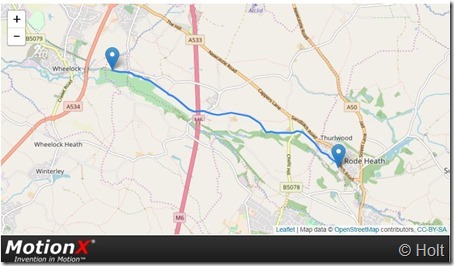 The development at the Romping Donkey is being advertised at https://propertycentre.org/property/4-bedroom-detached-for-sale-3/
I understand that at the end, the roof had collapsed and the place was derelict.

When we first went through in (gulp!) the 1970s, there was often only one lock in working order, and there were red and green discs painted on the arches of the bridges to tell you which were which. Could that be what you saw?