Although we were in Lymm we decided not to eat out but to have an Indian takeaway from Lymm Indian, that way we also saw the semi finals of Bake Off.

This morning we were away at half ten heading for Worsley with no locks ahead of us. We could hear a load buzzing when we setoff, the cause was obvious as we passed under the bridge with a Tree Surgeon working behind or above the houses. 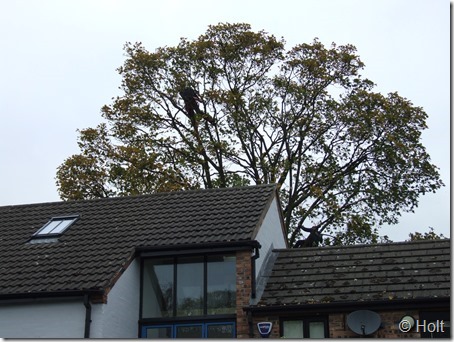 Just after that we passed an old friend, the boat, not the people. I am sure some of you will recognise her. 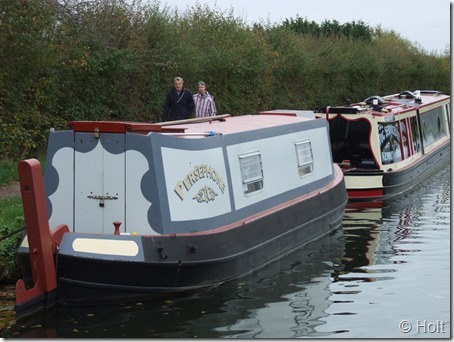 There are a lot more houses on the old Linotype Works now. The main building with the name on is still standing as are the two gable ends of the other building, it will be interesting to see how they incorporate them into the development.

One of the houses we passed was obviously getting into the mode for hallowing with these two looking out from the balcony keeping an eye on who would be trick of treating. 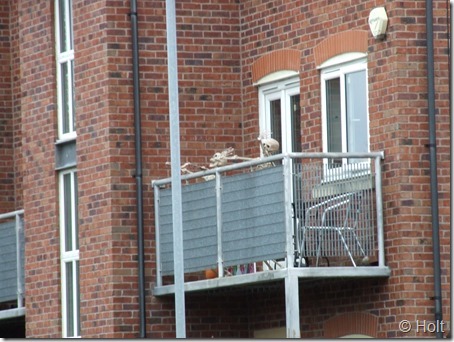 Near the Watch Tower Boat Club the canal had a large area of these plants growing which were still in flower, I expected them to be over by now. 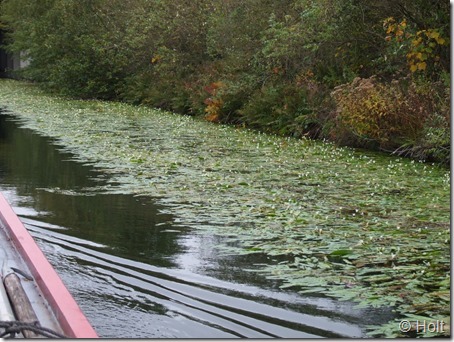 We turned left at Waters Meeting heading towards Worsley on the Leigh Arm, last time we were this way they had just started laying the Metro track to the Trafford centre and I wondered if they would have a long navigation stoppage to put the bridge in to cross the canal, well it looks like they installed the bridge with no stoppage. 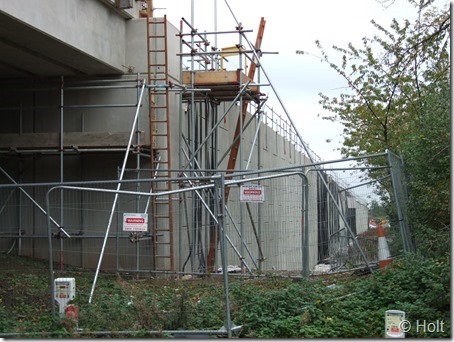 I have taken so many photos of the swing aqueduct I didn't bother with any today, but its looking very shabby and could do with a good coat of paint. When we arrived in Worsley I winded in the wide by the Delph but it seemed well sited up, not so much into the Delph but the main channel. There is a lot of work going on at the entrance to the old mine canals with a floating JCB dredging out the basin, maybe we will hear more about it tonight. 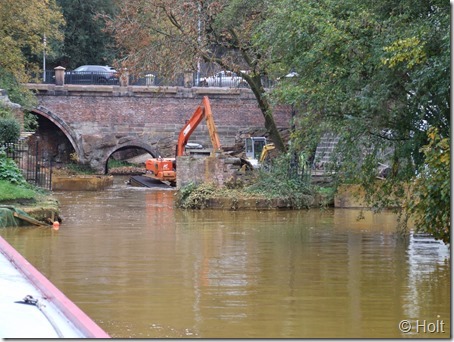 Once winded we filled with water and moored back just clear of the water point, the road is quite noise from here but hopefully it will ease off a but overnight. 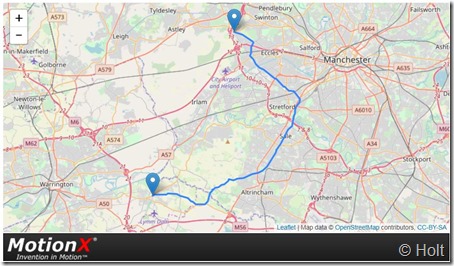