Last night the four of us went for an Indian meal at The Indigo Lounge in Polesworth. The offer a meal for £9-95 which with a couple of beers filled us nicely for the night. What we hadn’t realised that the engineering works opposite was now working a shift system but it went quiet around midnight. They manufacture transmission parts so its all heavy metal machining that takes place.

10 am this morning and we were on the move, we only had just over 2 miles to go to Alvecote Marina where we are spending the weekend at the CIBC rally.

The Coventry Canal still has the old original stone mile stones set into the towpath along the route. 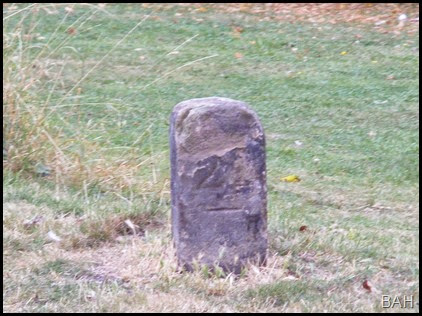 Graham arrived at the marina before us and was moored beside the Samuel Barlow. It was suggested that I collected another members boat, The Black Pig, which was moored on the towpath side and bring that over as well. The manoeuvre  went surprisingly well and I brought both boats in nicely backwards 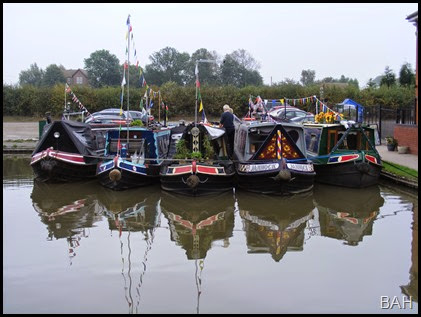 against Grahams boat. We had just finished securing everything and patting ourselves on the back when another member arrived and slid in , again backwards against the Black Pig but as he was a good 10ft. longer we decided he would be better next to Graham’s boat. So I untied and took both the boat back out, shuffled along and then brought them back in again once more 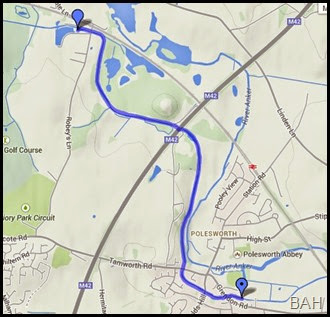 Lovely 'group' photo :) I love the way NBers just keep moving around. I wish I was in a position to potter about the canals here! One day...