We were all set to go at 10 am when a whole convoy of boats came by, so we stayed put for half an hour to give them space. After crossing the aqueduct and rounding the bend with nothing coming I saw a boat coming towards us, it took a few minutes before I could see it was an ex working boat as it was right in the sun. I also miss judged her speed which meant we met in the narrowest part of that section of canal. i just clipped the offside and she held course close to the towpath and we passed without touching, just. Thinking about it latter if the canal had have been 6” narrower there could well have been a good jam as we went in together.

We tried to moor just before Tesco in Rugeley  but could only get about 3ft from the towpath. I had just pushed out when I heard Bop Bop Boppidy Bop, the sound that only a Bolinder can make. Seconds later Spey came into sight towing a butty. Nice and wide here so I just held back and we passed the time of day. 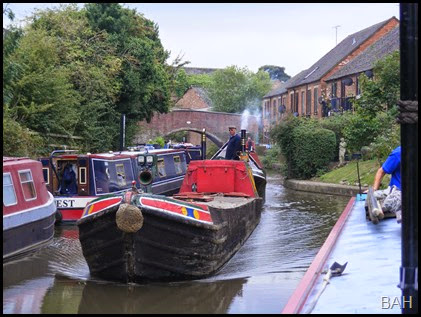 The butty has just changed ownership and as you can see the owner is quite pleased about it. 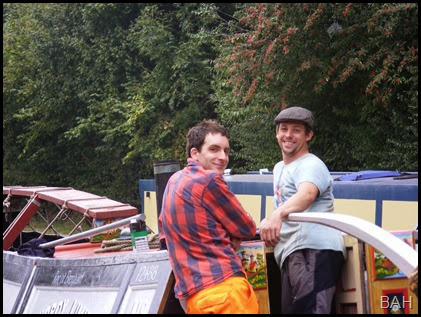 Once they had gone we managed to moor just before the bridge, as a couple returned from shopping were about to set off, just the job. After doing a bit of shopping we were off again, It seems that both next door neighbours on the edge of town keep birds of prey. The photos are of both birds. 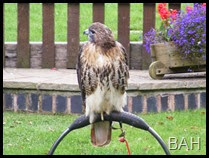 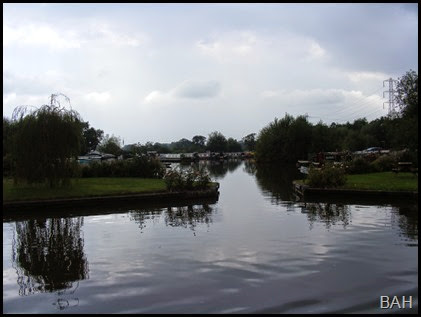 many, we Passed our marina where we had just a few spots of rain, the first all trip and continued on down to Wood End Lock, where to our surprise we joined a queue of two and one going own in the lock. The two directly in front where hire boats from Stone who we had seen set off on Saturday, chatting to them it turns out they were travelling together and both come from East Anglia.

At Shade house Lock we waited for a boat to come up and there was another waiting when we left. A CaRT volunteer lock keeper was on duty at Middle Lock and she had a notice with chevrons 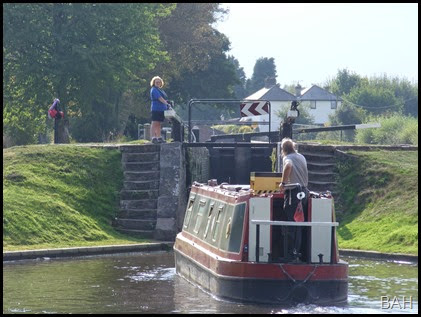 on it that she swung to point straight down for boats continuing on the T&M or to the  right for boats like us going onto the Coventry canal. This was so her partner on Junction Lock knew whether to turn the lock or hold it for approaching boats.

Again with our luck a boat was just coming out of the Coventry as I wanted to swing in, but Diana had walked ahead and warned us both of the situation. Our plan was to moor for the night just passed the water point, but we were  lucky to get in on the end of the visitor moorings. 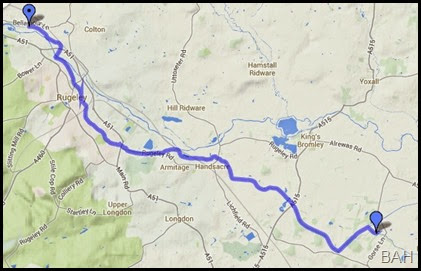