About 0710hrs this morning a boat slid passed that we had passed moored in Rugeley yesterday, we were to see him again moored by the Wolseley Arms. I asked him what time he set off to which I received the reply “Don’t moor in Rugeley overnight, it was hell, we couldn’t get away soon enough” 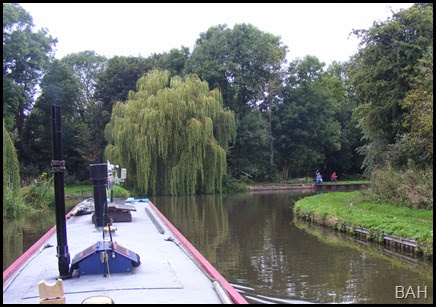 bend prior to the aqueduct some fishermen on the bend waved us on as nothing was crossing from the other direction. 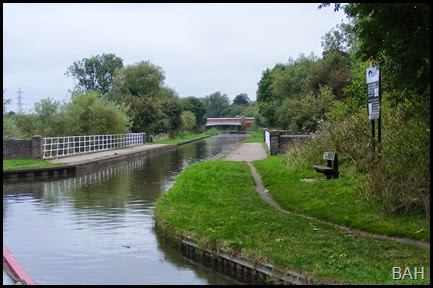 As you approach the aqueduct the houses that back on to the canal have very steep terraced gardens leading down to the waters edge. 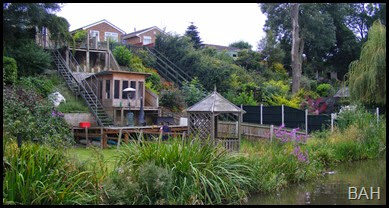 Once passed bridge 68 there were 3 fishermen setting up. One of them had a rod with the end 3 feet bright red and I was able to see it, unlike most of the black rods that poke out over the waterway. We pulled over for a while at “The Taft” the BCF place to chat with friends who were there for the weekend. One boater we met complained that they were blocking the canal, but even with us on the outside there was room for a Narrowboat to pass with ease but not two to meet. After a coffee and a guided tour of nb. Jubilee we were on our way again. Like yesterday we were meeting boat regularly.

Looking back we had what I think was a nice view of Rugeley Power Station. 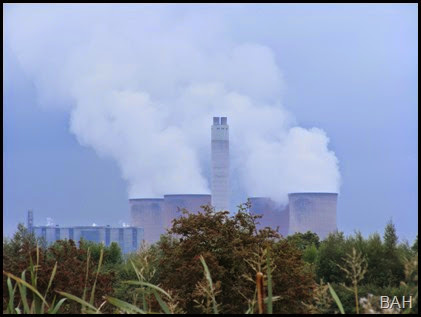 I have always liked the look of the giant rhubarb and there is quite a bit of it growing in this area. 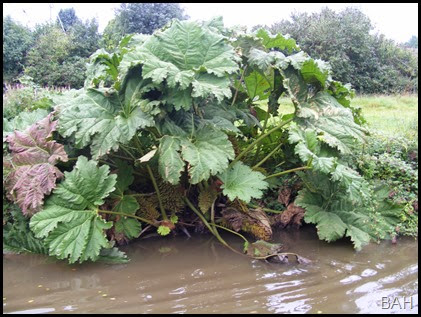 When we arrived at Colwich Lock there were no queues going up but a boat about to come out as we arrived and another couple waiting above. We didn’t turn a lock all day and the only delay was waiting for them to exit.

At Great Heywood Junction it was straight ahead, we have not been this way for a long time. The garden centre to the right had lots of fruit under polly tunnels, well plants, the fruit was long gone. 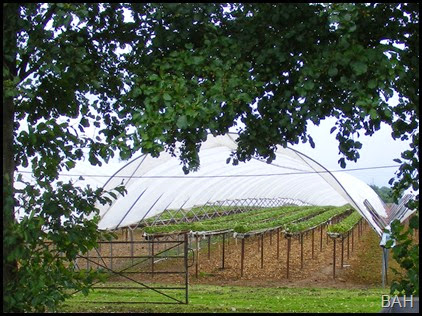 Hoo Mill Lock still supports a nice example of a split bridge, This was to pass the towing tope through when the boats were towed along the canal, but I couldn’t get my exhaust through it. 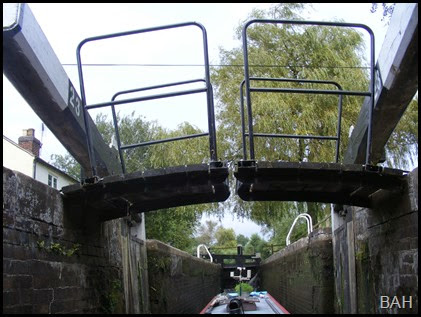 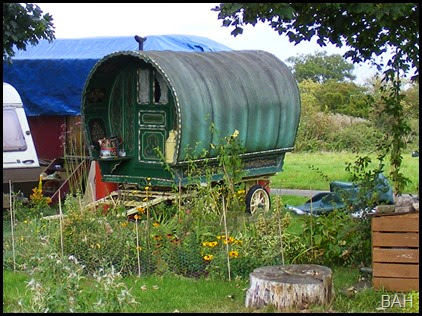 and a couple of fields further on a horse drawn delivery wagon, unfortunately its not very visible behind the cars, maybe they wont be there when we come back. 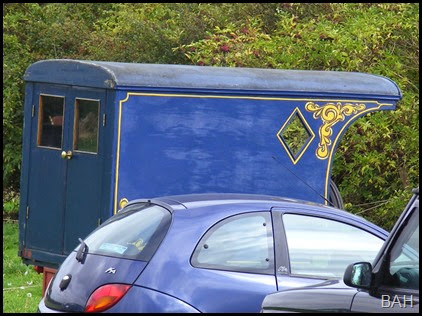 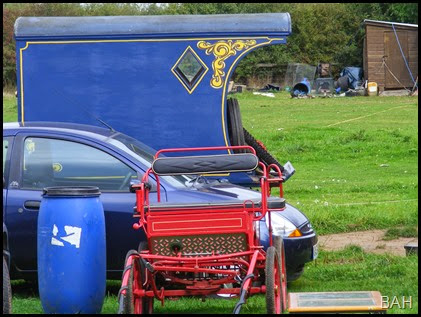 We had originally planned to go to Stone today, but as we stopped at The Taft that set our timings back a bit, so we stopped for the night just through bridge 80 at Western at 1445hrs. 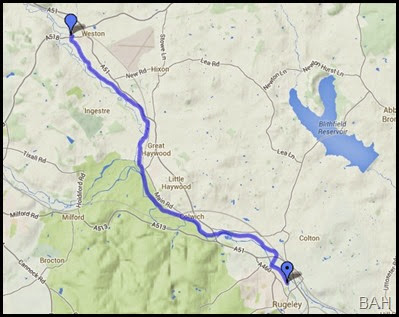 Very sorry to have missed you today. When I returned to Jubilee after my shopping expedition Jan said you'd left just five minutes earlier, so I got back on my bike and whizzed to Wolseley Bridge, then up the towpath almost to Colwich without seeing you. Perhaps if I'd gone on to the lock I would have caught you up, but I didn't think you could have got as far as you evidently did in such a short time.

Glad Jan was in, though.