It was a chilly 5° when we looked out this morning, most of the boats we had been with for the weekend had left. The mist was rising from the canal as the sun started to make its way through. 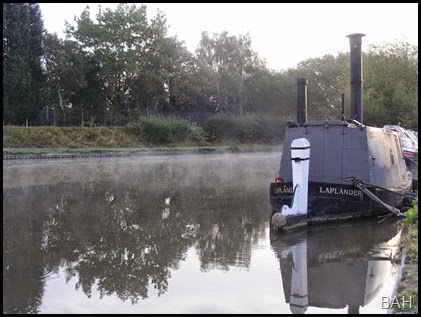 These two ducks agreed to pose for me and didn’t even ask for payment. Graham was taking Jannock for a walk, he was actually pulling the bow round as he had slipped out between boats so was unable to drive round in the space available. 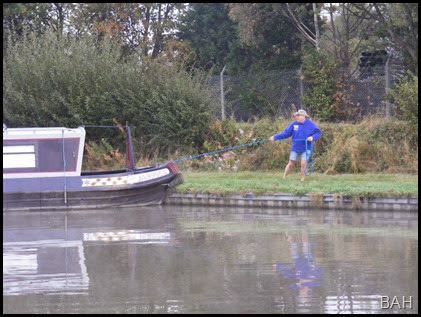 We were the last one to leave the lay by at 10 45 am turning sharp left in front of The Samuel Barlow and heading back towards Fazeley Junction. Shortly before the junction are the two Glascote locks, as we arrived a boater coming up was just opening the bottom gates, so we waited for them to vacate the lock before descending. A second boat was just turning the bottom lock so we were able to leave the bottom gates open when we left and passing the other boat between the lock go straight into the bottom lock to drop down that as well.

At the junction we turned to the right and almost immediately stopped to fill the water tank. By now the sun was quite warm.

In Fazeley we passed this boat called Gems, each letter is the first letter of their grandchildren's names. 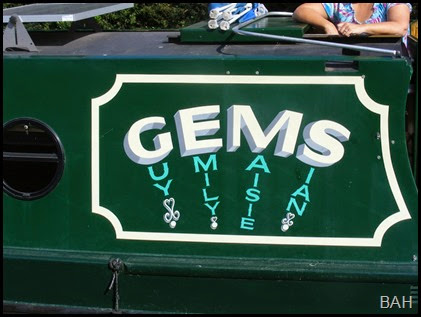 Its a good joy they weren't Charles Amelia Rose and Teresa, just imagine that on the side of your boat.

In Wittington we passed a rather fine Monkey Puzzle Tree in a garden beside the canal, as you can see its supporting some fine seed pods. 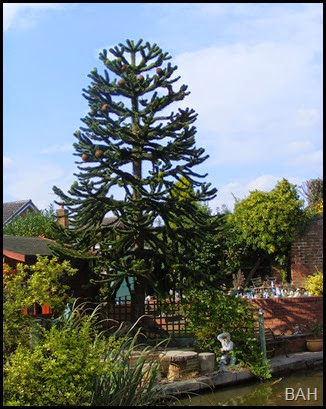 Why do cows like to stand in water, there were a couple here when we came down but today most of the heard were in their, just standing up to there knees. Not eating or drinking, just standing there. 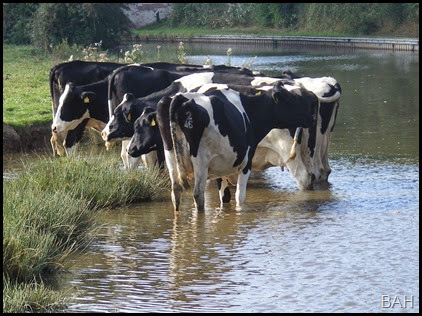 We decided to stop for the night a short way passed Huddlesford Junction where one day hopefully we will be able to leave the main line and go down the Wyrley and Essington canal to Birmingham. We have moored nearer to the new Kings Orchard Marina than the junction. This leaves us a reasonable bit to do tomorrow to make sure the batteries are fully charged before we leave the boat. 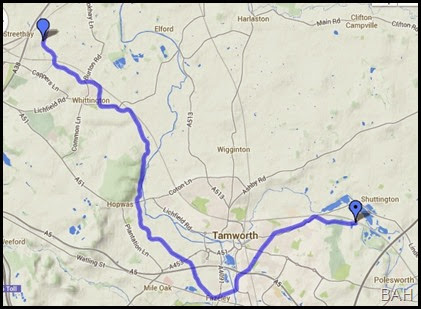 Lovely part of the country, Brian. It must be beautiful cruising at this time of year.

We cruise all year round if its not frozen over.