This was the result of yesterday afternoons labours, later it will get dabbed with primer, this is just the rust convertor. 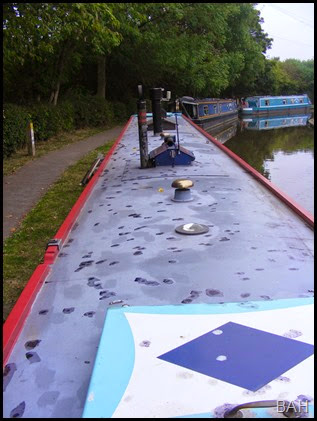 10 am and we were off, unfortunately following another boat, but today we were to meet a few more so that helped with the locks a bit.

We passed the point where the Foxley Arm use to go off, but is now only a right angle bend. 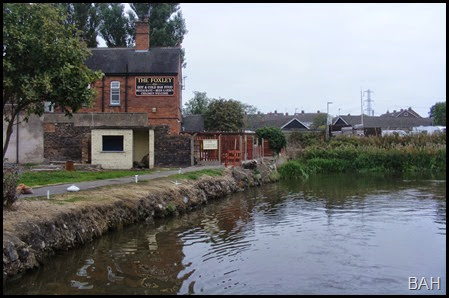 The Foxley Arms stands on what was the junction. As well as doing food they offer overnight moorings as can be seen by the white post.

Some of the bridges along here have taken bit of a bashing from boats, the bridge profile is deceptive as its pear shaped with a shallower arch profile on the offside. CRT have tried to protect 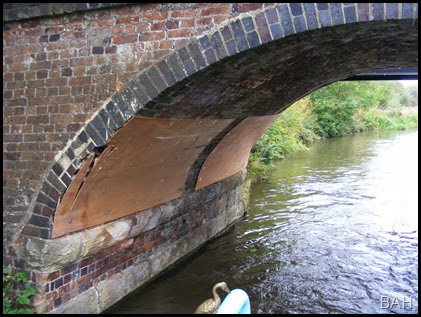 these by fixing wood in the crash zone, they would probably do better to float a wooden sleeper through the bridge to act as a fender.

Work is still ongoing at Ivy House lift bridge and it has two chain blocks to ensure it doesn’t drop. Although the one this side 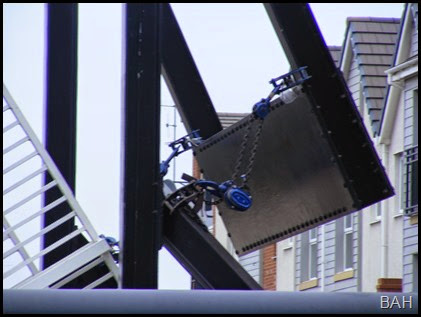 doesn’t look to be doing much. I am sure that when we came this way last there were industrial buildings on both sides of the canal, with the one on the left being a pottery, today its all houses. 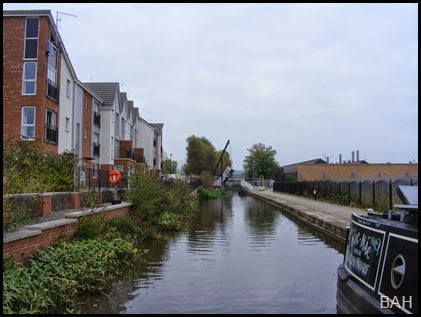 Old Bottle Kilns are being preserved but its only the actual kilns and they look quite out of place when surrounded by houses like some on the T&M, I expect this will be the fate of these two soon. 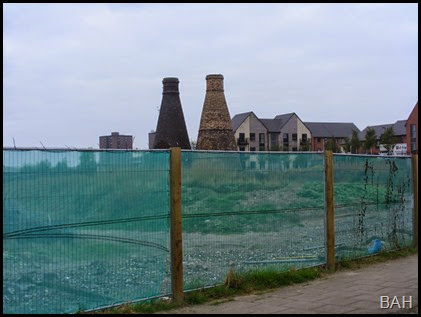 We moored up between bridges 8 and 8a to visit one of the potteries, but because they had two coaches of school kids and a WI party there all other tours were cancelled. Bridge 8a is of a modern design with the right hand end of the bridge seemingly unsupported. 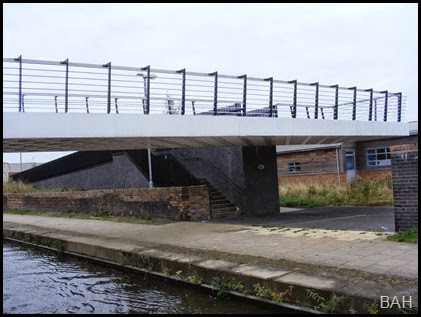 We pulled over for lunch on the end of the 24 hour moorings by the Etruria Museum which was closed. I am sure this is another new addition since our last visit. So we sate on the front deck and ate our lunch under the watchful eye of Mr Brindley. 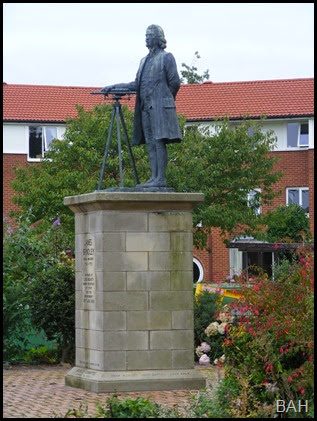 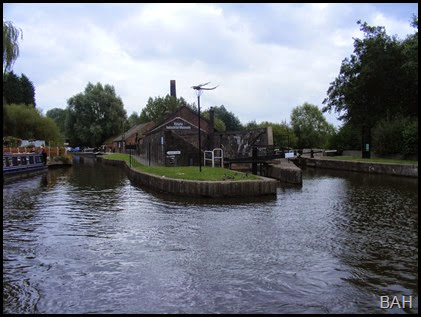 and Mersey canal at Etruria Junction.To the left of the photograph is the Caldon canal and to the right the Trent and Mersey which also continues on behind us.
Right on the point of the junction is an old dry dock which I 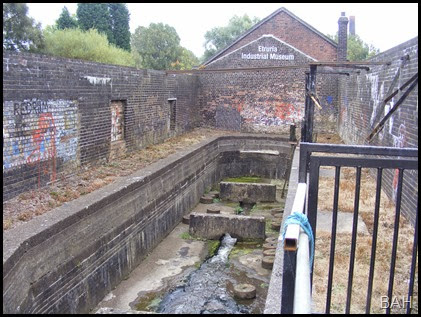 understand was also used as a gauging dock, where new empty boats would be loaded with weights so that their gauging tables could be produced. Boats were gauged it the top Etruria Lock on the T&M as they passed up and down the canal so the toils could be charged.

We had just left the top lock when the volunteer lock keepers came back to work, and by then there was also a boat coming up the next lock so we had a decent run down the flight meeting boats ether leaving  or waiting below a lock for us.

We passed Stoke Bottom and as you can see there are ground paddles at each end. 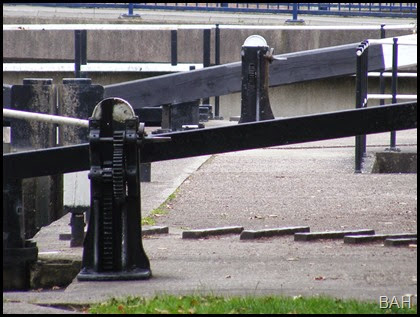 We stopped just through Stoke on Trent to enjoy an canal side Staffordshire Oatcake from the Oatcake boat. They don’t have room for customers on board so setup a table and chairs on the towpath. We had cheese ones. 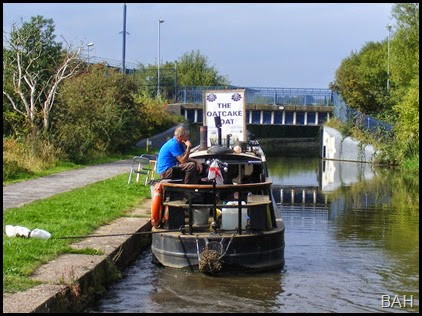 Tummies full we continued on for one more lock, Trentham Lock, as a boat had come by while we were eating we were now behind them, but even so there was a boat waiting to come up so halved the work. We moored for the night on the visitor moorings just above Oldroad Bridge in sight of the Wedgwood factory. The black spots on Harnser’s roof have now turned red, thanks to a tin of red oxide primer I have onboard. 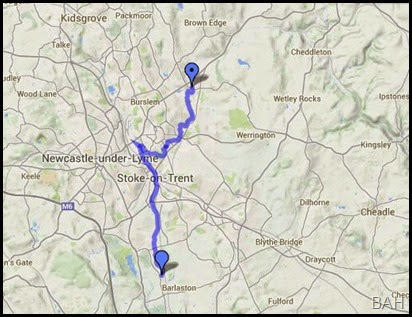