Last night was crystal clear with a bright moon although its not full until tomorrow night, it did mean that the temperature dropped to 5° leading to a heavy dew and mist.

This morning we all set to leave at 10 am. I had even dropped the mooring lines off when Nigel arrived on his bike from Stone. He was out when we passed yesterday so caught us up to say hello. 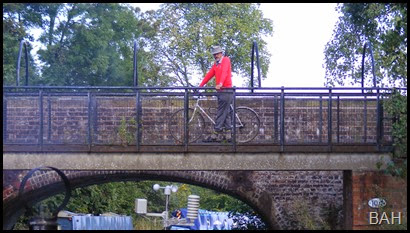 The guide we had on board warned us to expect trouble above Trentham Lock with all the rubbish in the canal blocking paddles and by washes. The place was spotless, no rubbish in the canal, on the towpath or ant graffiti to talk of.
As we made out way through Stoke on Trent the story was very similar, just a few cans around these seats made from Narrow gauge bogies and that was all. Far cleaner than many parts of 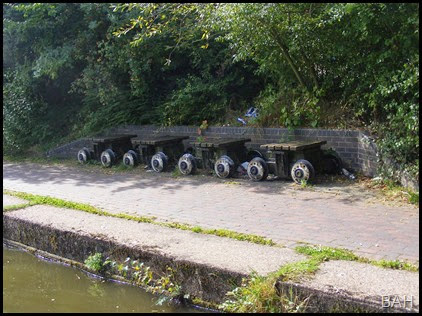 the Grand Union near towns that’s for sure.

Part of Stoke on Trent’s history is on display with half an old winding gear wheel from a pit head, I think its outside their rubbish to power facility. 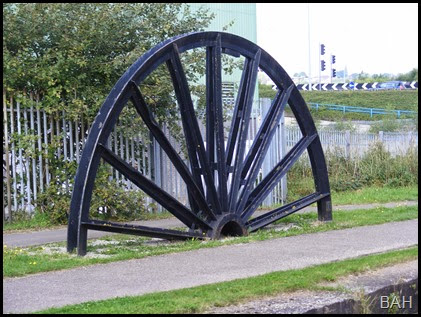 Last time we came this way this bridge was a corrugated one way tunnel while they were moving the road with a man at each end controlling the flow. Hard to imagine today. 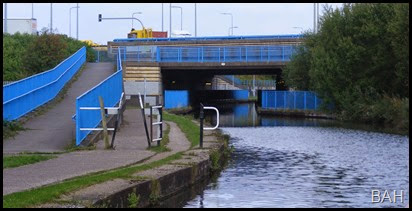 We passed the Dolphin boat yard that offers everything from Outboard Engines to Line Dancing not forgetting a 10 Mt shooting range and fishing.

Osborn Bridge is another modern bridge crossing the canal, it was named in memory of the Osborn’s, not the singers but a couple who did an awful lot for the waterways. 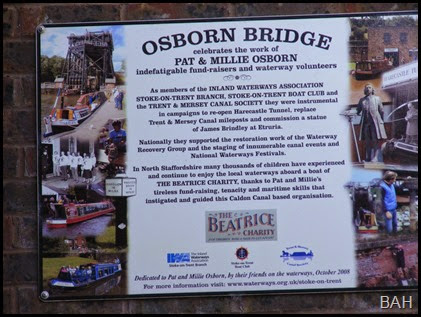 CRT were hard at work at Stoke bottom lock removing years of hard, dried grease from the gears. This lock is quite unusual for a narrow lock as it has ground at both ends, the only other locks I can think of like this are the GU wide locks going north from Calcutt. Most locks have the bottom paddle in the gate. On Stoke No.2 the old wooden beams in the brickwork are visible, I don’t know if it was intended to be some sort of tie system. 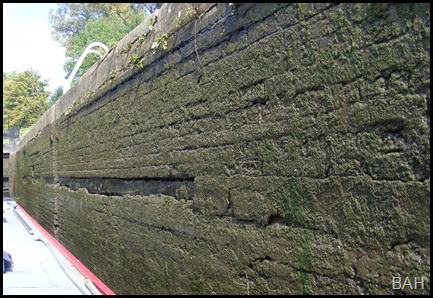 We had only met one boat so far today but we would meet one at each lock between here and Etruria, the last two locks had volunteer lock keepers on duty this morning and as they were in communication with each other by radio the locks were ready for us. Once passed the CRT maintenance yard it was a very tight right hand turn up the Caldon Canal and passed Mr Brindley. The 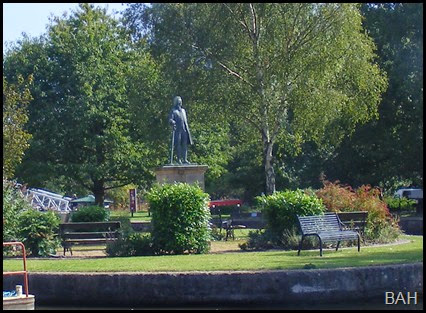 lock keeper told us that the Caldon had just been dredged for the first time in about 50 years. Just up from the junction the Bone Museum has a new building since our last visit. The staircase lock was also manned and ready for us to ascend. The lower chamber has a very large overflow and there is a lot of water go down it when the top camber is dropped into the bottom one. 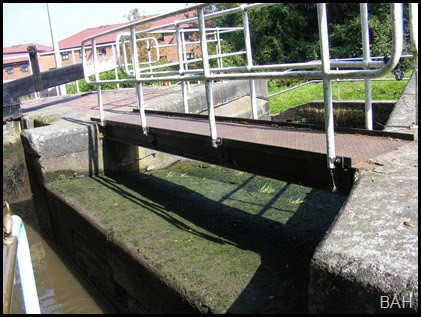 Lots of brand new mooring rings have been installed beyond the park, there has always been rings by the park but now they go on until above Planet lock to bridge 5B It will take a lot of boats to fill them all. They are all nice stainless shiny ones. 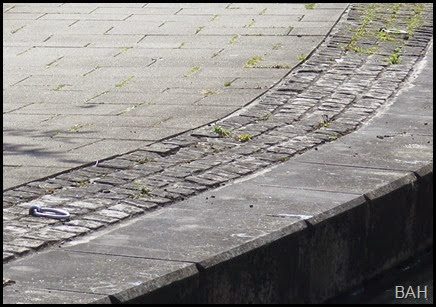 Ivy House Lift Bridge has bit of a reputation for it reliability, maybe that is why today it was open to boats and the road accesses fenced off. Maybe its getting a proper fix. The potteries are all gone and there are now some very smart houses being put up along the canal. 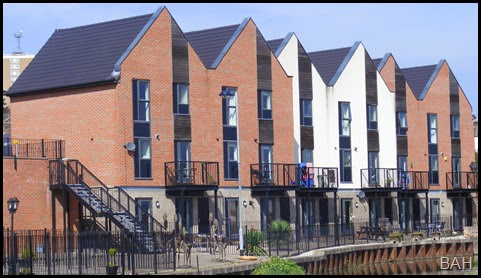 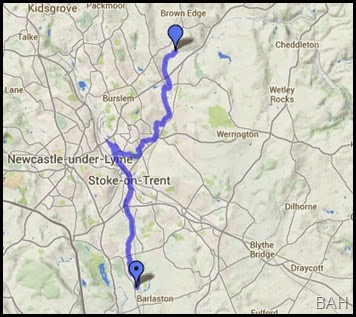