Not the best of moorings last night with lots of road noise, we were away at our normal 10 am.

Ethel and Starling were still moored at Streethay on the towpath 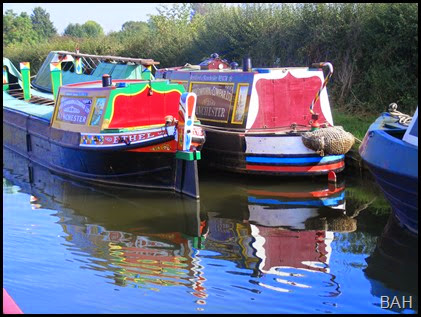 and looked splendid in the sunshine. How people live and sleep on their boats adjacent to this road I don’t know.

As we approached Fradley Junction they were lime spreading on the field adjacent to the tow path so I was quite pleased we didn’t moor in this area last nigh. 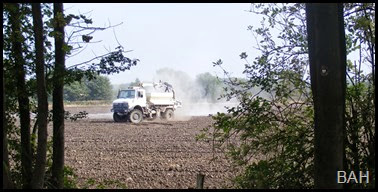 I picked up a good blade full when pulling in for Diana to operate Fradley swing bridge but most of it came off with a few bursts of backwards and forwards. The junction was very quiet and the first boat we met was coming down Middle Lock. It was here that Diana noticed something trailing behind the boat. Some how we had picked up a disintegrating golf ball. If you have ever taken one of these to pieces you will know that at the centre there is a small rubber ball filled with a liquid under pressure, wrapped around this is yards and yards of elastic and finally there is the hard dimpled covering. In this case the hard cover had gone and the elastic was attached to the boat,the wrapped ball was several yards behind and slowly unwrapping. As I tried to pull it in and lift it from the water it unwrapped even faster. 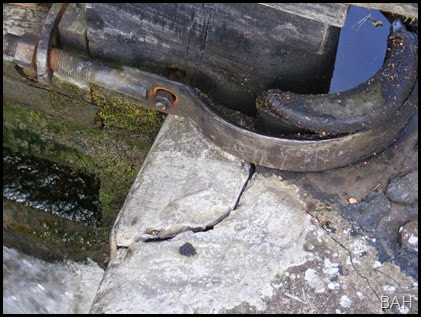 water behind it over the full depth of the lock. I rand CaRT straight away as well as sending an email with photos. 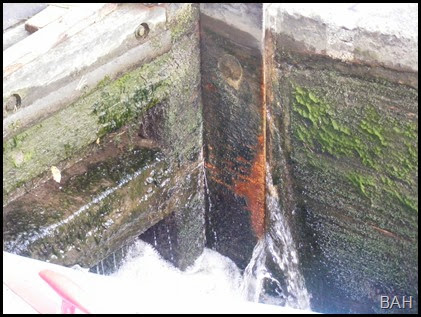 We continued on to our marina and this time I turned in cleanly, well there was no one watching so I would. First we called at the service quay for a pump out and then made our way to our berth.

Passing under the bridge that joins the two haves of the marina the tree alongside was full of Swallows, I wonder how much 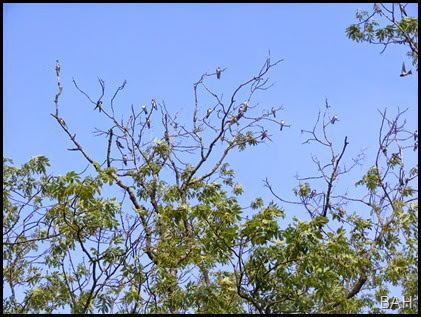 longer they will be with us.

You can see our location shown on on Paul’s digital map running on Memory Maps http://www.waterwayroutes.co.uk/wr/index.html 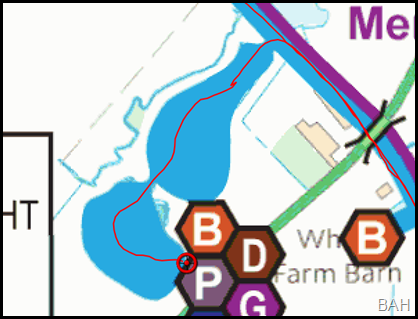 I track this on my IPod. The location is spot on showing our route through the two parts of the marina, including reversing off the service quay, right down to our mooring and the contact information for the marina is just visible on the left had edge of the screen shot.

Once we were moored up and unloaded I spent a few minutes painting the red oxide rust covering on the slides blue, its still rough but the right colour.

We were away at about 3pm but got snarled up where the A14 comes off the M6 at the new junction they are building.

Until the next time. 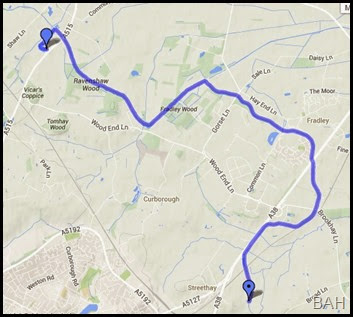