We were a bit late starting again as we didn’t have far to go today. We actually started off going backwards to the water point. I even managed to pick a time with no boats coming by which was a bonus.While the tank was filling Diana walked to the rubbish point, on the way she passed this post at the junction. 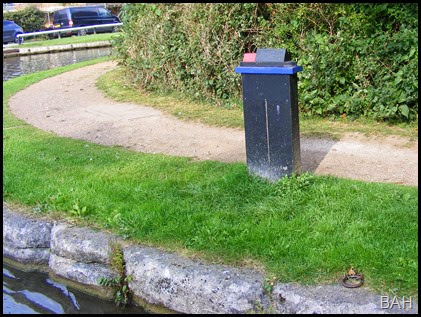 It looks like a boat on top of a post, but actually its a talking post, well it would be if it was working to tell you about haw a dry dock works. Once full we were away, some thoughtful soul has mounted a nesting box for Owls in the wood on the offside. 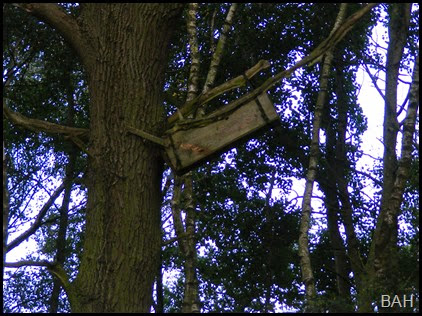 We met Rick on his coal/diesel boat Auriga. He was carving a path through the mud and as we passed I ended up briefly on the bottom as he drew what water there was away.

As we passed through Streethay we passed this splendid pair of ex  working boats moored up.

Why do cows like to stand in the canal, These two had just come to drink as they were looking back towards the field, there were not even bothered by the wash in front of their noses as I passed.

One of the gardens in Whittington supports a good collection of garden gnomes, here is just part of that collection.

Not to be out done a house a bit further along had a couple of straw dolls standing by the canal. 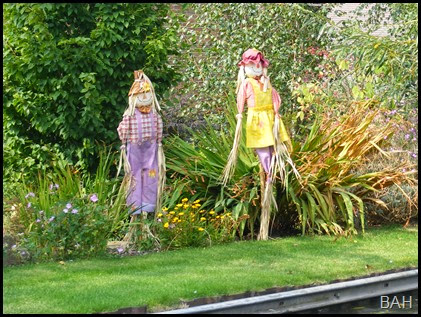 Just before we arrived in Hopwas to try to moor near the Tame Otter a Bee crash landed onto the slide, so I took a couple of photos before he departed, looking at the photos later it was quite obvious why he crashed like he did poor thing. 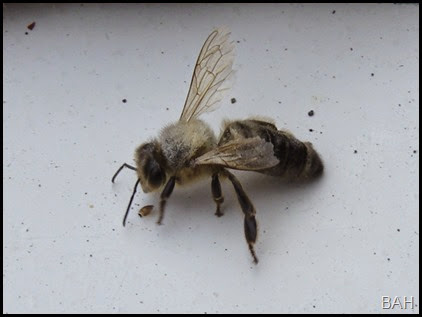 While talking to another boater who has just moored ahead of us Diana spotted this on the towpath and thought it safer to put it in the longer grass so that it didn’t get stood on.

The head is to the right. 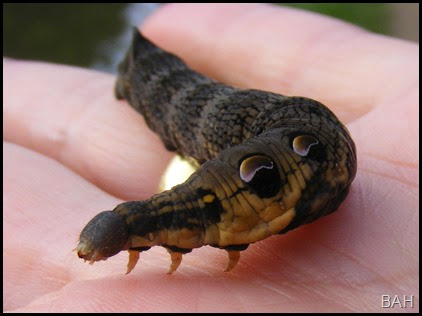 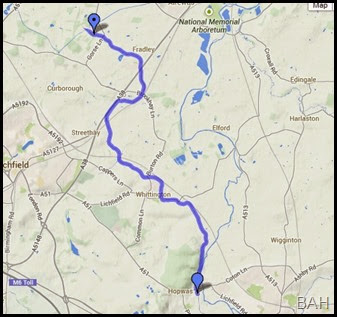