A fine morning but it was cold over night, down to +2°C and today it didn't get anywhere near as warm as yesterday.

We pushed off at 9 20am. with the first two locks in our favour, we had already had a couple of boats going up. As we exited Wheelock bottom lock I could see a boat approaching in the distance, so do we leave the gates open or will they stop on the visitor moorings, a quick look through the binoculars and I could see it was the fuel boat Halsall so I knew there would be no way Martin would moor up for the day and the gates were left open. 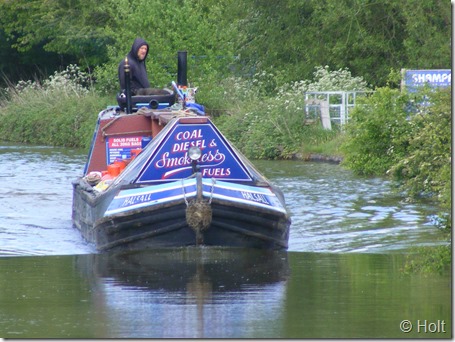 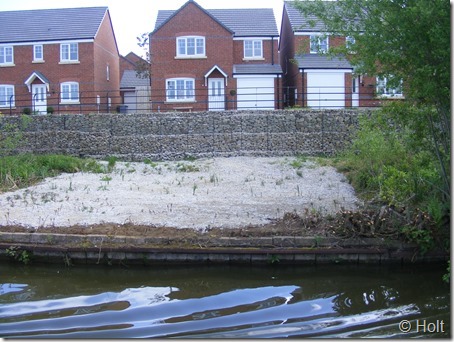 We met several boats on the outskirts of Wheelock so things were looking good but for some reason Booth Lane top lock was empty, the other two were full and I could see a boat approaching Booth Lane bottom lock so we left middle lock ready for them. When we reached bottom lock they recognised the name Harnser and asked if we had Norfolk connections as they came from North Norfolk.

As we dropped down through Kings Lock the young lady from Kings Lock pub was painting out the opening hours on the blackboard. 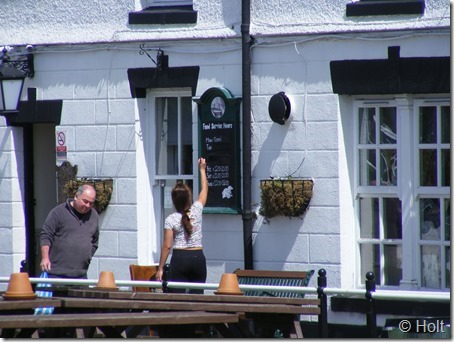 Once through the lock we pulled over and filled with diesel at Kings Lock Chandlery. The junction was quite busy with boats trying to get in and out of the Middlewich branch as well as a hire boat under instruction winding before heading off down the Middlewich flight. We followed them down and as they were obviously being instructed in lock use we stayed out of the way and had a sandwich for lunch before locking down ourselves. As there was a boat coming up from the bottom we waited in the first pound by the drydock. At the bottom lock there was yet another hire boat having instruction, this time coming up.
We were going to moor at Bramble Cuttings but there were two boats there already, we could have squeezed in but that is not really the point of a nice remote mooring like that so we carried on to Bostock Green and moored behind the sunken Narrowboat that has been there for some time now. It was moored here all winter and looked abandoned then when we passed in March it was on the bottom and I expect it will still be here for some time. 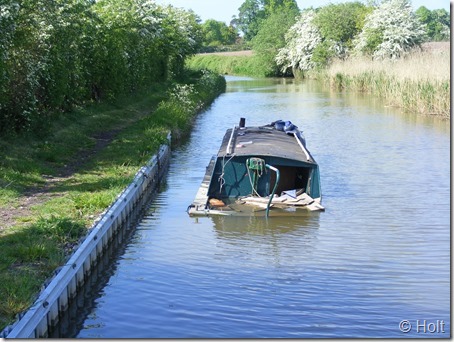 We noticed tonight that all the mooring ropes have now failed so it may creep out to the middle of the channel as boats pass. 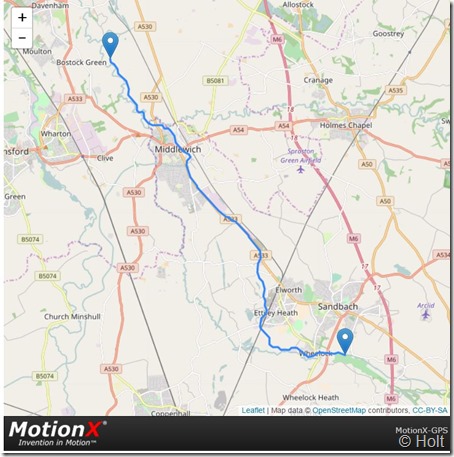 Posted by Brian and Diana on NB Harnser http://nbharnser.blogspot.com at 15:40