Last night we went for dinner at Siam a Thai and Teppan-yaki Restaurant. We went for the Thai menu and it was good, the flavours were fantastic and the food not overly hot, the portion sizes were shall we say generous and I didn't wake up feeling hungry, just the opposite, next time I will skip the pud.

I went for my nocturnal toilet visit at about 5 am. this morning and the canal was in thick fog, but so warm I had to open the dogbox wider.

We spent the morning walking the walls of the City again, we did this last time we were in Chester and its a pleasant walk returning to the boat for lunch. We returned via the Northgate locks where there was a Volunteer lock keeper board out of his mind. No boats had used the lock since the fuel boat Halsall went down probably before he was on duty and we were the only boat left in Chester, all the rest had gone. Not only that but we didn't meet any boats heading down there all afternoon.

Just as we were about to start lunch the Mill Hotel restaurant boat L’eau-t Cuisine came past heading for the top of Northgate locks. This boat is a bit unusual as it has a rudder and propeller at each end so can travel in ether direction. 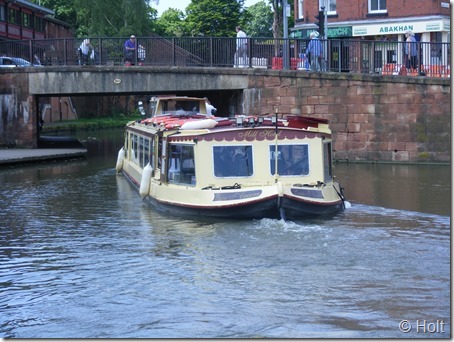 In the photograph its travelling backwards with the passengers enjoying their starter, a short while later it came passed again and moored up at the hotel to take the main course onboard. I knew it would then leave and travel south (forwards) through a couple of locks while the passengers ate their main course before returning to the hotel backwards as they had dessert, so we set off to be ahead of her. As we passed the crew asked if we would just draw a paddle when we left which wasn't a problem.

The first lock we came to is Hoole Lane lock and is the odd one out on this canal for having a top ground paddle one side and gate paddle the other so a bit of care is needed. 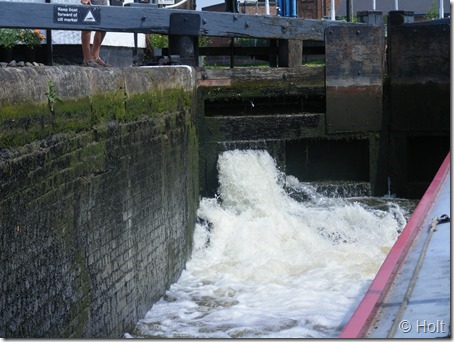 By the time we were ready to leave Chemistry Lock the walking crew member from L’eau-t Cuisine caught us up and closed for us.

For some reason Greenfield lock was with us unlike the rest.

We stopped for water above Christleton Lock before continuing south. we did meet the two Charity boats returning to the Cheshire Cheese pub where they are based.
Its been one of those days where the willow seeds have been falling like snow. 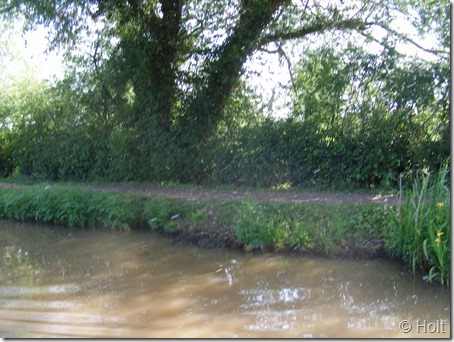 The only other boat we saw on the move was the boat that had been piling at Golden Nook moorings. Being the sad person that I am I decided to measure the length of the longterm mooring and it came out at 1.2 miles or 2 Kilometres and of all the boats we passed, I only observed one move on its moorings due to having lose ropes.

Just passed the end of the moorings before you get to Tattenhall Marina someone has decided to do a partial refit and leave all their rubbish on the bank. 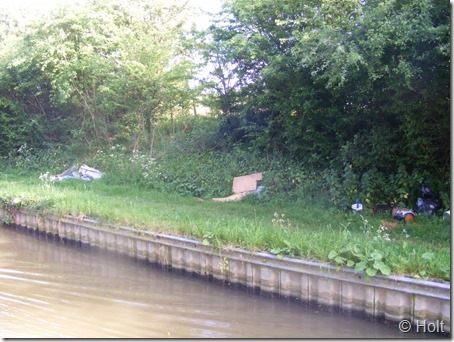 We moored almost in the same spot as we did on our way down, outside the marina at about 6pm. 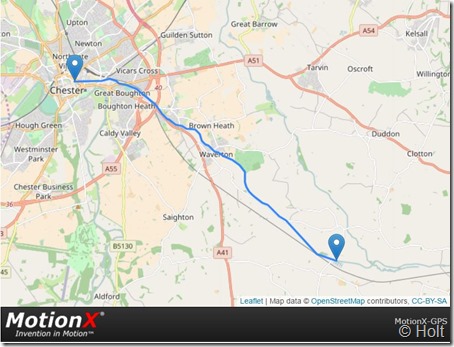 Posted by Brian and Diana on NB Harnser http://nbharnser.blogspot.com at 19:46