Yesterday evening the couple on the boat moored the other side of the marina entrance had a right set to, she was swearing and he was throwing things in the boat. In the end she stormed off and left him to it, some time later she rang him up and he went to fetch her. This morning I heard there engine but thought they were charging the batteries, but when we got up they had gone, only thing was they were going our way. Also last night a little after 11 pm the International Space Station flew over, if you can call it flying and it was probably the brightest I have ever seen it, just like a plane's headlight in the sky

We set off at or normal 10 am start and it wasn't long before we were meeting boats. This section of the canal must give the best view of Beeston Castle and you sail towards it, unfortunately the sun was not in the best position to take photographs of it, it would have been better in the afternoon I think. 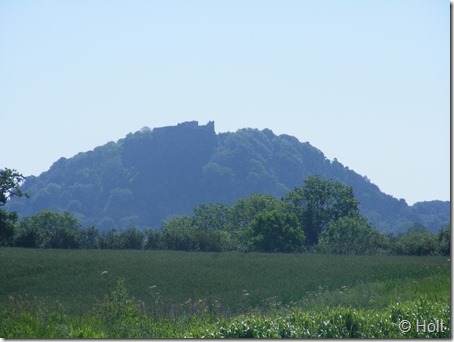 As we approached Wharton's Lock I could see the lock was filling from the flow between the gates, Diana went up expecting another boat coming down, but it was a hire boat going up ahead of us. Luckily for us they were held up by a boat coming out of Beeston Iron Lock so we were able to share. There are notices at the lock warning two boats to take care, but there is loads of room for two modern boats, he even had his fenders down. 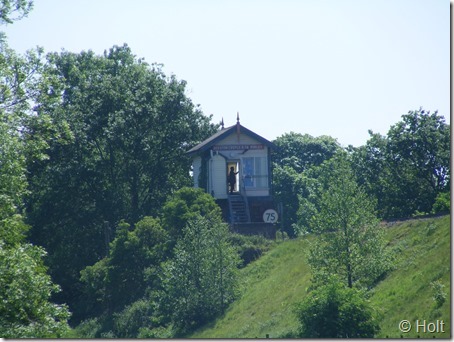 Just below the lock a Moorhen has decided to make her nest on the back of a Narrowboat and the boat owner is now waiting for the chicks to hatch. 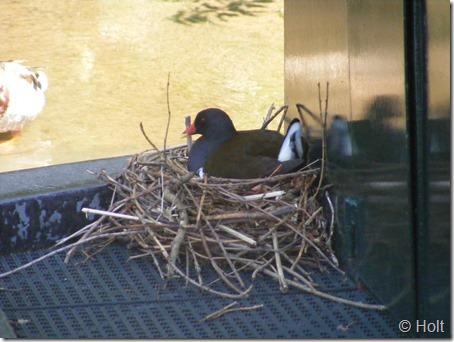 We carried on together to Beeston Stone lock, by now life was getting good with boats waiting to come down. Below the lock this Yellow wagtail was catching things in the bywash as the water slowed to a trickle. 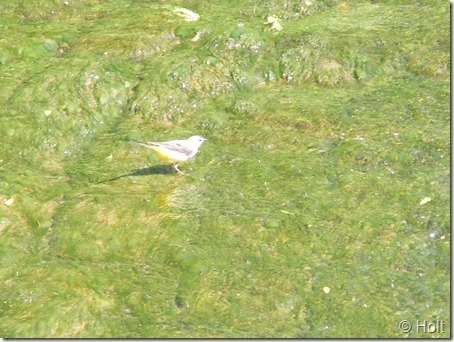 Above the lock our new friends pulled over for lunch so we were on our own again, Tilstone lock was half and half so I don't know if the hires coming down got it wrong or it just leaks a lot.

At Bunbury I dropped Diana off at the bridge before the hire base and hovered there until the lock was almost empty before passing all the moored hire boats. I just arrived at the lock as the gates were opening and I could see two bows waiting to come out. I pulled in against the lock mooring between all the hire boats and the lock gates, but nether skipper of the boats coming down looked impressed. maybe I should have waited at the far end of all the hire boats until they passed. There was a Volockie on the staircase and he soon assisted us on our way up and away.

As we passed the Barbridge Inn hire boats were already mooring up for the night, its probably the recommended stopping place for the last night being within a couple of hours of both Bunbury or Venetian Marina. I know it was packed when we stopped there on a Friday evening.

We decided that we would go up the Llangollen Canal for a few days, as we passed the overflow for the Hurleston Reservoir we could see that a bit of maintenance is being carried out on the overflow. If we get the rain forecast for the weekend they may well need that. 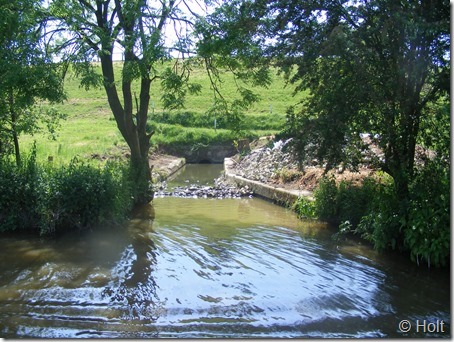 We timed our arrival at Hurleston Junction spot on. The bottom lock was empty and then we met boats all the way up to the top. We carried on for a couple of locks stopping for the night a short way before Baddiley No.3 Lock near Ravensmoor. Here we had our first BBQ of the year, looking at the forecast it may also be the last. 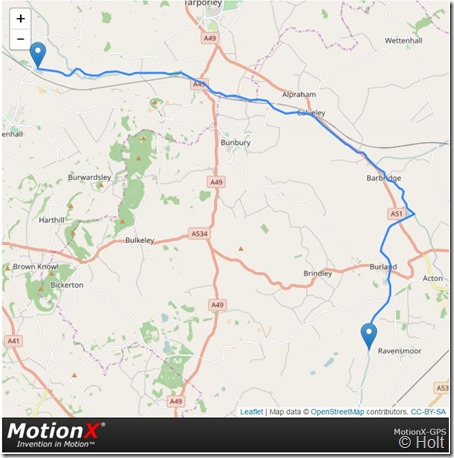 Posted by Brian and Diana on NB Harnser http://nbharnser.blogspot.com at 19:21