We had another good night, you could hardly hear the trains passing the other side of the marina. Setting off at our normal 10am, the first 5 minutes were fine but then it was 45 minutes at tick over as we passed the miles of Golden Nock on line moorings. 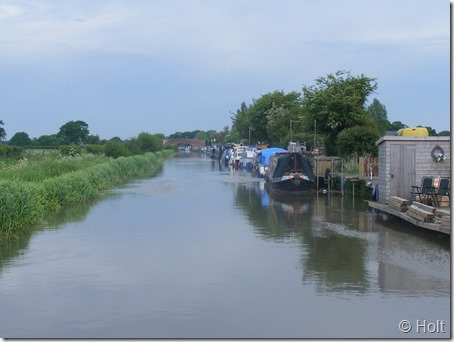 I am sure this bridge was damaged last time we came this way, the road runs straight and parallel to the canal ending in a right angle left hand bend over the bridge, obviously this gives some drivers a problem. 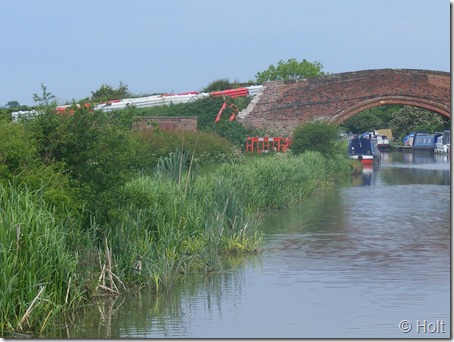 One of the boats on hard standing had the front cratch area converted with a Landrover roof. the boat has a square bow like a punt. 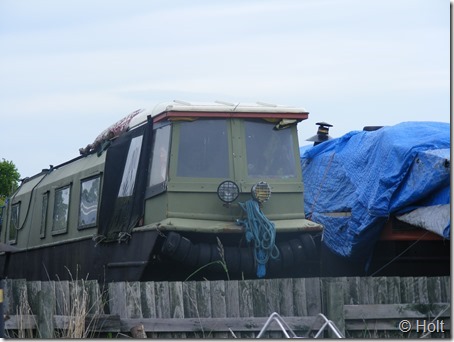 At the north end of the moorings the land owner is piling the bank, but I don't think the moorings have been extended at all. 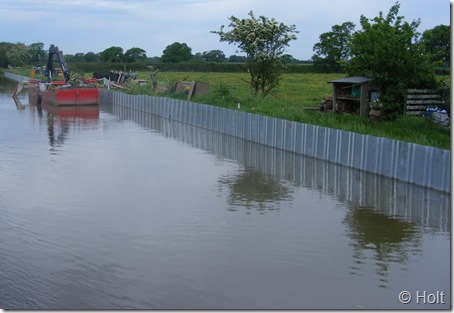 Today was much warmer than yesterday, tee shirt weather, but not so sunny and as we approached Chester there was even a little drizzle, but not enough to get a coat out. We met two charity trip boats, the first wanted their fair share of the cut and mine with the steerer being well over my side of the cut, but the kids look liked they were enjoying it, which is the main thing, its good that people give up their time to give pleasure to others. 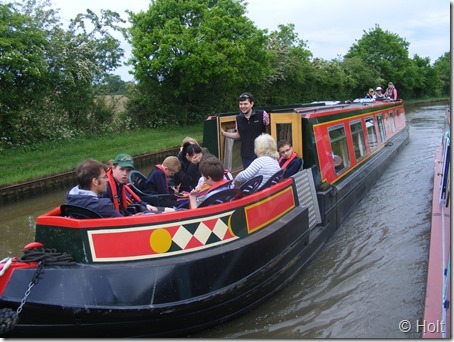 We passed one part where someone is living on the towpath by the looks of it, lots of us just don't know how lucky we are. 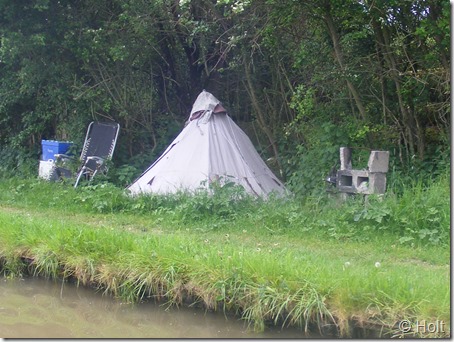 The level of the pound below Tarvin Lock looked very high lapping over the tow path but when we arrived at Chemistry Lock it was right on weir so the tow path level must be very low in that section. 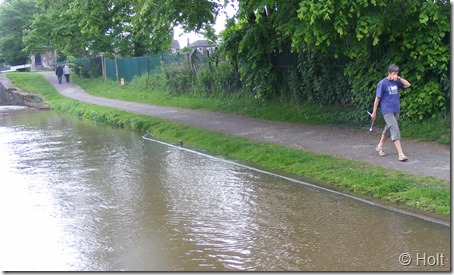 Development has now started on the old shot tower to turn it into apartments keeping the old building and tower. 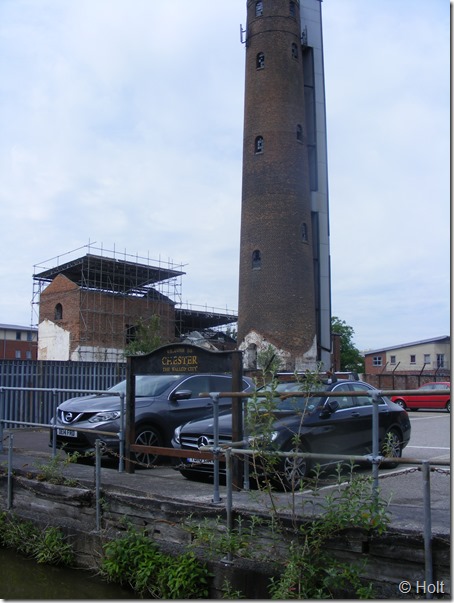 We arrived into the centre of Chester hoping to moor above Cow Lane bridge but there was no space, just a couple of rings on the end, I was about to ask the last boat if he could move forward a couple of rings when he started his engine, so in stead asked if he was just leaving, which he was so we reversed into his spot but hard up against the next boat in line. Since then another boat has turned up and managed to moor ahead of us.

Since I have been sitting typing this the sun has come out and I have been joined by an Australian gent who didn't know the canal was here until a short while ago. He thought it was great and I even showed him round, not something I normally do. He was blown away with the idea and couldn't believe he could actually own one if he wanted to. 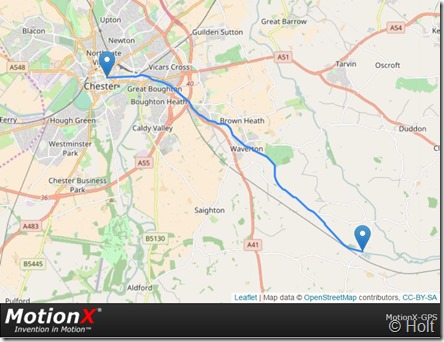 Posted by Brian and Diana on NB Harnser http://nbharnser.blogspot.com at 15:24