We made a slight mistake with our mooring last night, I should have moored outside the pub like I usually do. After another very good meal at The Big Lock we walked back to the boat and the boat behind us had his engine running, it was still running when we went to bed but thankfully stopped ten minutes later. Then at half six this morning it started again, not the early call I ordered thank you. For those of you that are not aware you should only run your engine between 8am and 8pm unless you are moving or moored where no one else can hear you.

We pushed off in bright sunshine at quarter to ten and were surprised to find a boat waiting to go up the Middlewich locks, as we had heard boats coming down. This made the first part of our journey a bit slow, but we were soon on our way.

We waited at Kings Lock for a boat t come down but after that most locks were again against us.

Last time we were this way CRT were rebuilding this bridge, they haven't made a bad job of it in my opinion. 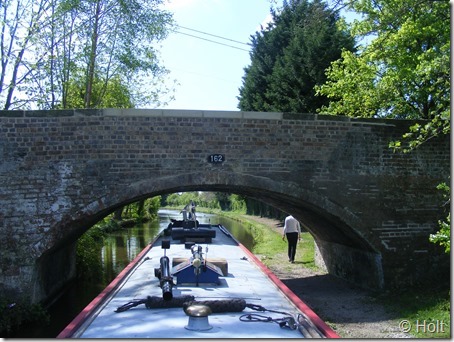 We were chugging along nicely when just before Wheelock we came across a CRT work party on a bend and one of the chaps waved me down but didn't say why, I was only moving slowly, then I saw the bow of a boat coming towards me, it wasn't just a single boat but a Hotel Pair Duke and Duchess on a short line. 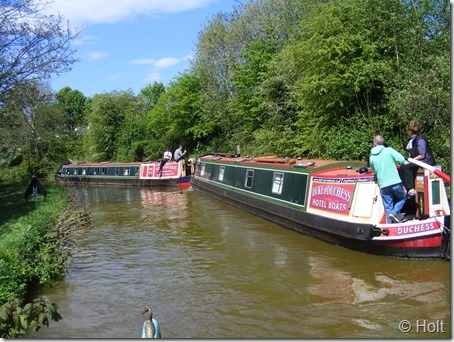 As you can see due to where CRT are working the corner is both narrow and blind. 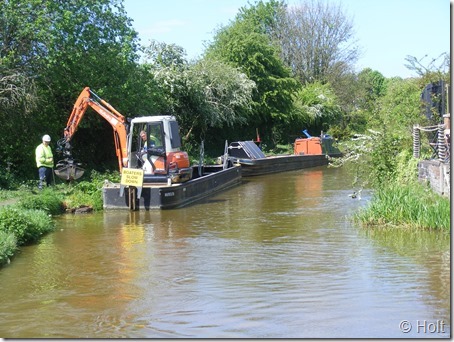 We stopped for water at Wheelock, as we arrived a boat had just left the waterpoint, they had also left their key in the lock, so Diana nipped off up the canal to catch them, they had moored just round the corner so she didn't have to go far.

Our locking improved after Wheelock as the locks are in tandem and one was empty whilst the other full. As we were coming up in one chamber Dane was entering the other to go down. 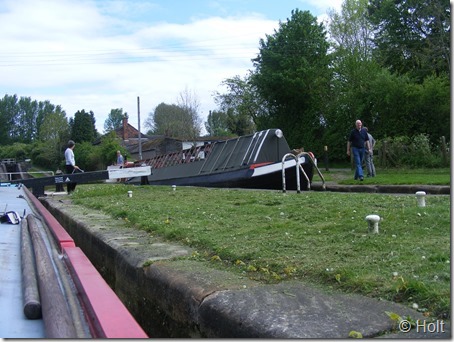 The locks carried on like this with one full and one empty until we reached Pavilion Lock which is only single as one has been filled in and used as a by-wash, this was as I expected full so we knew there was a boat a short way ahead. 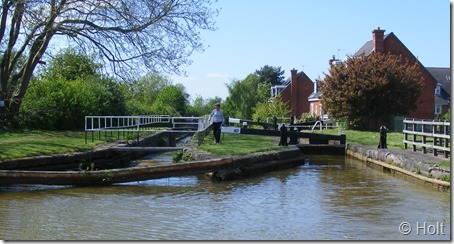 By the time we reached M6 motorway both locks were against us. I hopes were raised of a pint at the Romping Donkey when we saw this sign. 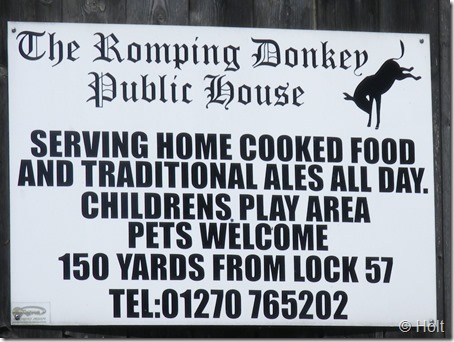 But the pub was in very little better shape than when we passed last year, its for sale for £140,000

but it needs a few bob spending on it still and is Grade II listed with planning problems as the owner demolished the righthand end part with the chimney and was made to rebuild it. 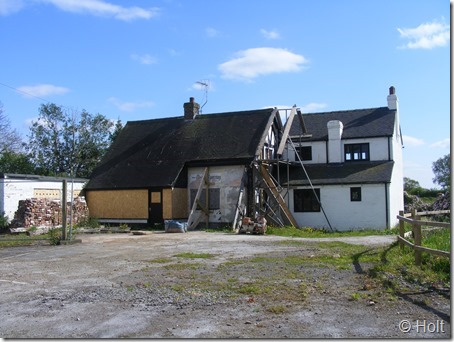 This is what it looked like when it was open. Photo from http://www.canalandriversidepubs.co.uk/ 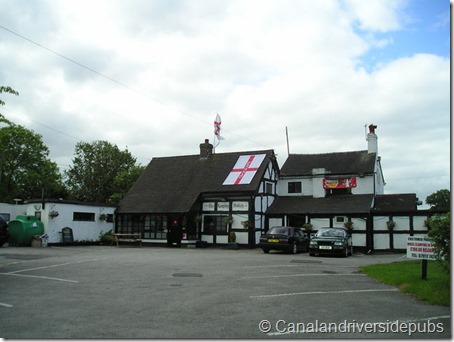 There was only one other boat moored on the rings above Hassall Green lock so we decided to call it a day and stop there as well. 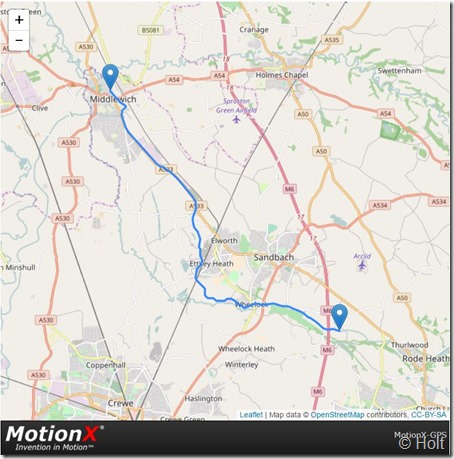 Posted by Brian and Diana on NB Harnser http://nbharnser.blogspot.com at 17:10