First an apology, last night I said we were moored above Northgate Bridge, it should have been Cow Lane bridge.

As we were in town we went out to eat at a canal side place in the old Steam Mill called Artichoke's. We didn't know it but they were doing 2 for 1 on pizzas, they also had 4 beers on the pumps. When we got back to the boat I looked on Google and they had some poor reports, but we found it fine. I would happily go again.

This morning we were off at quarter past ten, down to Northgate staircase locks, this is a staircase of 3 but other than dropping the final chamber , each chamber only has one paddle. 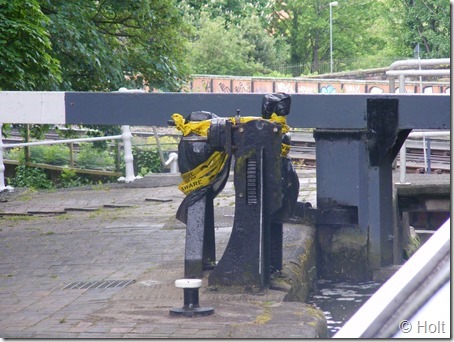 looking back as you enter the locks you can see how they had to carve through solid rock to get the canal through below the town wall. 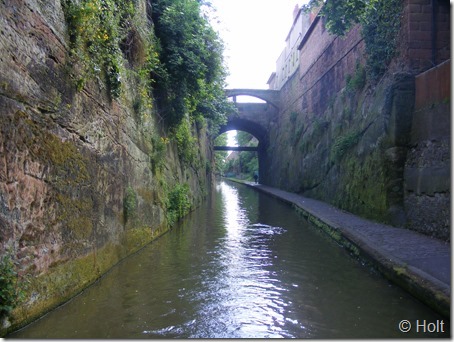 This flight has only just reopened after a weeks stoppage where the intermediate cill had to be replaced. 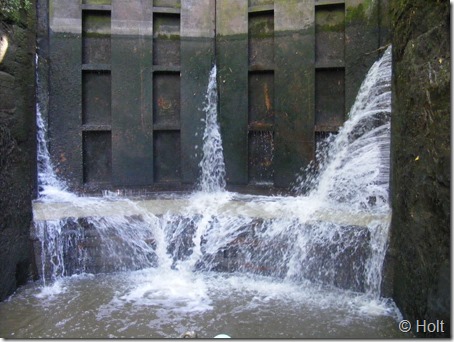 As the lock emptied the mussels where all weeing into the canal, they do this when they are taken out of the water for some reason.

Below the lock the footpath is cantilevered over the canal, I wonder how many people walking along there realise that. 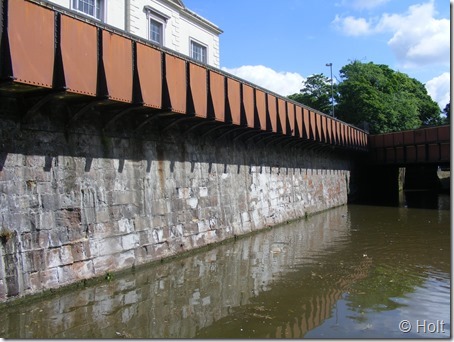 Not much has changed at Taylor's boat yard since we were last this way, the old wooden cruisers are still all sitting there in various states of disrepair. It would be lovely to see it a working yard again.

Carrying on along the canal to Ellesmere Port we had an Airbus Beluga come almost over top of us, these are used to transport aircraft parts to France for assembly. They fly in and out of Hawarden Airport moving things like Airbus wings. 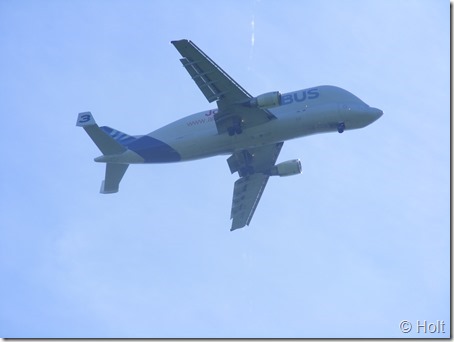 Another unusual for of transport was spotted on the canal bank, a motorbike and sidecar, not something you see many of. 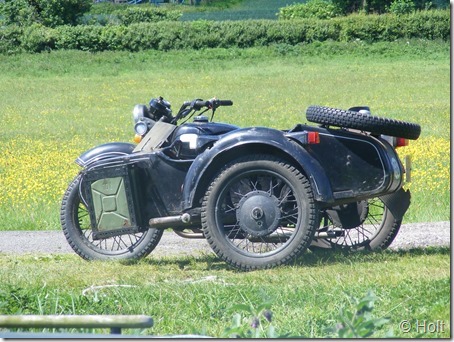 The horses were helping each other with the fly bites, they just walked towards each other and instinctively knew why, not a sound was made as they communicated their needs to each other. 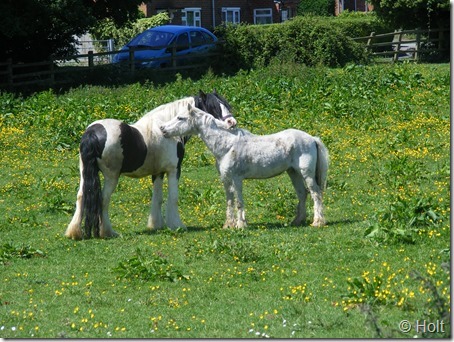 When we arrived at the museum I went in to enquire about mooring, for one night it was the entry cost for all onboard to visit the museum, thanks Mr. Tesco vouchers and then £4 for additional nights, the museum entry covers us for a year so I don't know what it would cost if we want to moor her again overnight, I am hoping just £4.

We dropped down through the two narrow locks, care has to be taken not to flood the land by the bottom lock, we were helped on our way by Mike Turpin who made sure we did it right. Once through the bottom lock we went round by The Holiday Inn before winding and mooring against one of the islands as far from the hotel air conditioning plant as possible. 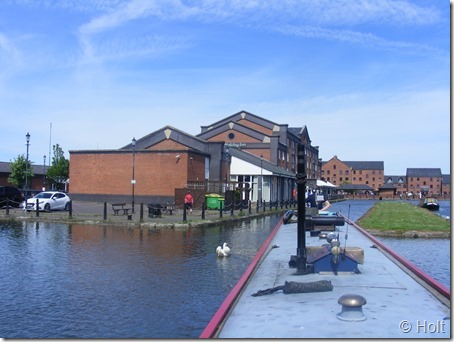 You can see our route on the map below, this is the level of detail you can see by clicking the main map. 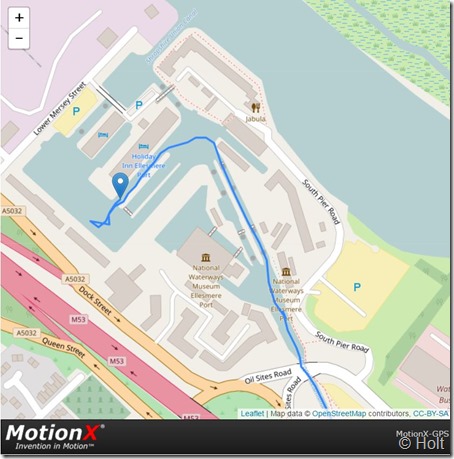 I thought I would set a quiz question today. What can you see wrong in this photograph. 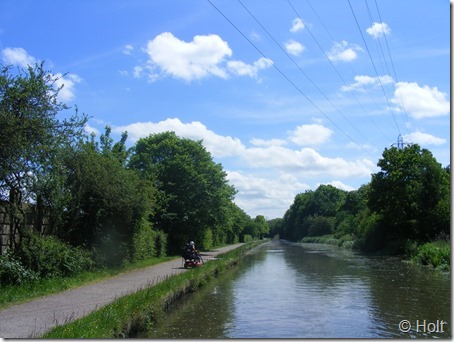 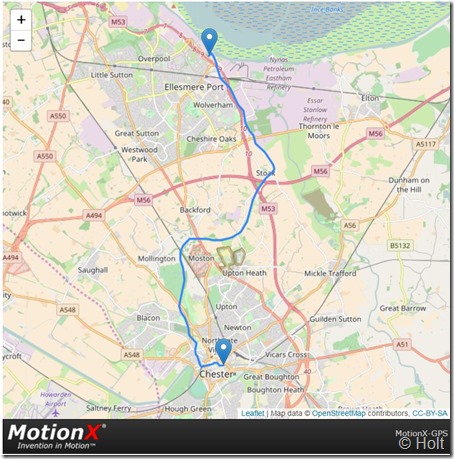 Posted by Brian and Diana on NB Harnser http://nbharnser.blogspot.com at 20:20

Fisherman under electric lines. Do I get the prize? :-)

I thought maybe he had found a way to recharge his scooter while he was sitting on it fishing.