A slight change of plan last night, following me sending the log and us finishing our BBQ we decided to move up the canal a bit to the 48 hr moorings. We stopped where we did because it was shady with trees both sides of the canal, but by now the boat had cooled nicely, also the rooks were coming home for the night and we were sitting on the bottom, up at the visitor moorings we were just sitting on the bottom, the other two were fixed.

It started raining at about 7-30 am this morning so I thought thats it for today, however it didn't last long and a 10am we were on the move again. Our timing was spot on and we didn't turn or close a lock behind us all the way to Willeymoor Lock. Then it went down hill.

When we got to Firth Lift bridge we found it down, every other time I have used this canal it has been locked in the up position. There are new gates at the field entrance opposite the bridge and a caravan tucker round behind the shed, so maybe it will always be down from now on. 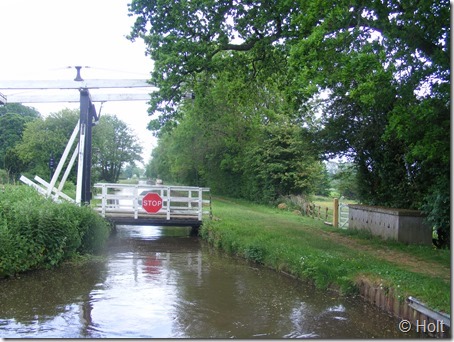 At Willeymoor Lock there was rather a nice car in the carpark, I could just myself in something like that. 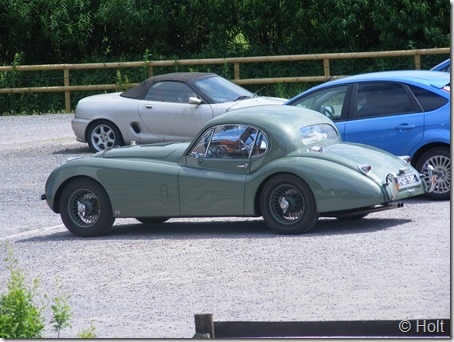 After the next lock a boat rapidly pulled out from the moorings as we locked up, so rapidly that he dropped his fender, jammed his stern line and left his wife and dog behind as well as getting across the canal. If he hadn't have pulled out we would have gone straight up to the Grindley Brook staircase locks, as it was we pulled onto the end of the visitor mooring and let he go on. The weather looked bad and we didn't want to get caught for 6 locks in a storm. In the short time that we were stopped the hotel pair that were moored there pulled off to go up the flight and a boat that had been following us went by. The weather looked a lot less threatening so we tagged on the end.

While I was waiting to get under the old railway bridge to reach the lock moorings I noticed the distance marker, I can’t call in a milestone as it Kilometres for the Sandstone trail. 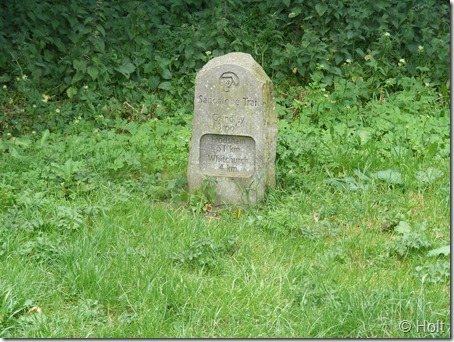 There were a few boats coming down which helped with the first three locks but then the boat ahead of us and us had to wait for two boats to come down the staircase flight. The staircase has a lock keeper on duty until 6-30 in the evening to help boats up and down plus control the flow. Earlier this year a boat sank in the lock by not following the correct procedure before the lock keeper came on duty.

Once clear of the lock we stopped to fill with water and then moored ahead of the hotel pair for the night on the 48hr moorings. 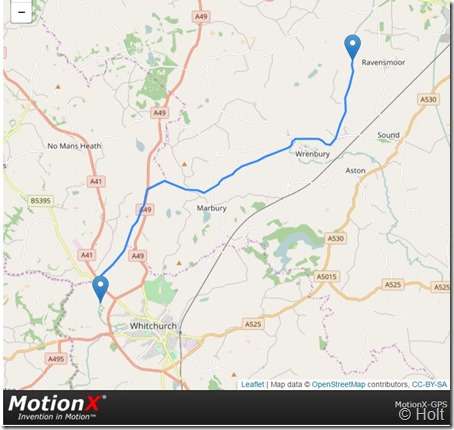 Posted by Brian and Diana on NB Harnser http://nbharnser.blogspot.com at 17:13