It all starts again.

We arrived at the boat around 2 pm after stopping for a quick bite at the services on the M6 and the ropes were dropped at 3 pm. 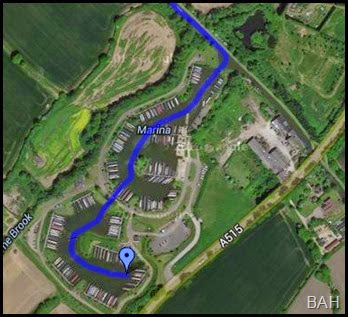 We made our way through the marina and out onto the Trent and Mersey Canal where we turned left, or Port if you like.

It wasn’t long before we started to meet boats and averaged 4 per hour with a couple coming by after we had moored. Needless to say we met one in Armitage Tunnel so we had to back out as he was already on his way. That’s the first time that has ever happened to me, but no problem.

I have finally worked out what the statue at Spode Hall long term moorings has in his hand. Its a rain water gauge. 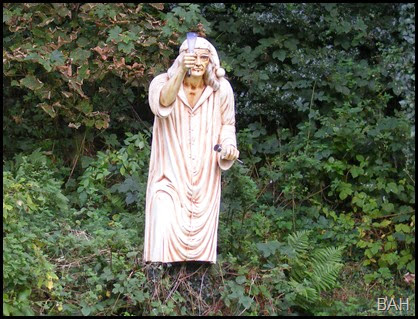 As we approached Rugeley we passed some aviaries where last time I photographed a bird of pray in one of them. http://nbharnser.blogspot.co.uk/2014/08/kb-home-moorings-monday-4-august-2014.html
Today it was out on the lawn sitting on its perch. 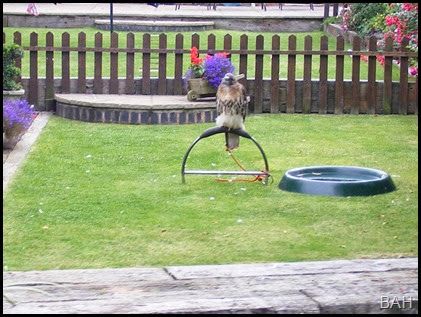 In the next garden a chap was sitting with another on his arm, but I was not quick enough to get  a photo as I was not expecting it.

There were hardly any boats moored in Rugeley, some just before the 48 hr moorings by Tesco, non on the 7 day moorings and then a few just passed 67 we moored about a hundred yards passed them.

Not long after mooring this family of swans turned up looking for food. 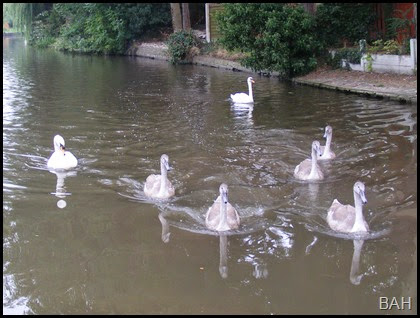 They were out of luck, but you will see that the male has a nick out of his beak. 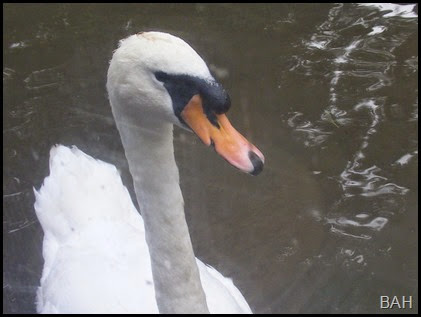 This was taken through the side hatch where he was tapping for food. 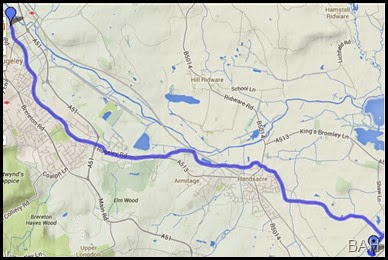 Excellent to have a trip report to read again - thanks.
One slight mystery, though. A few seconds after I open up your blog my machine plays a brief musical soundtrack. As far as I can see (hear?) it doesn't happen on any other urls I click on. Just wondering...

Baz,
My sister has said the same thing, we thought she was picking up radio interference on her WiFi but sound like it could be something else.

Nothing popping up tonight, Brian. Maybe some sort of crossed wire on Blogger. Anyhow, enjoy the trip.