Well I can't ever remember the wind being so noisy when we have been onboard before, it was screaming round the stern of the boat and roaring it the leaves of nearby trees, I was expecting to be minus a chimney this morning but all was well.
A boat went up the flight before we were about and as we didn't have far to go it was 10-30am when we set off in the rain, which luckily stopped almost immediately, but that didn't last and we still got wet. The geese were well into a field of wheat between the canal and the lakes, I hope the farmer gets paid for his loss, or maybe he is paid to grow it for them. 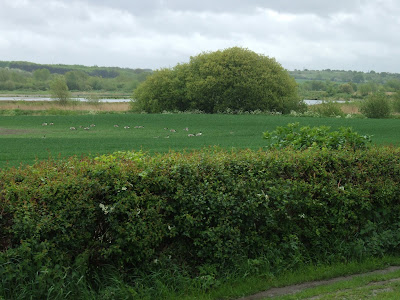 By now it was raining again and the spray on the road running parallel must have been a pain to the drivers. It wasn't long before we passed through Drayton Swivel Bridge and I noticed that all the rotten timbers have been replaced, I don't know if the bridge is still used, its always been locked open when I have passed in the last few years. 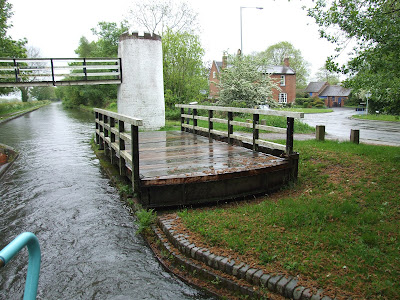 Work is now underway to turn Tolson mill at Fazeley into apartments, its good the old building is being repurposed,  it been in a poor state of repair for some time. More information is available on the developers web site
https://www.crosbygrangerarchitects.co.uk/tolson-mill/ As we came out of Fazeley Junction we dropped back to the water point to fill with water, ahead of us there are now 4 birds painted on the wall, these are the latest addition. 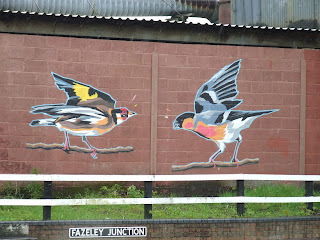 Tank full it was off along the Coventry canal, the Glascote locks were against us but the boater leaving the top lock kindle drew a paddle for us before leaving, so by the time we reached the lock it was empty. We chugged on a short was to between bridges 69 and 70 to moor for the night, this will give us a short run to the marina in the morning. 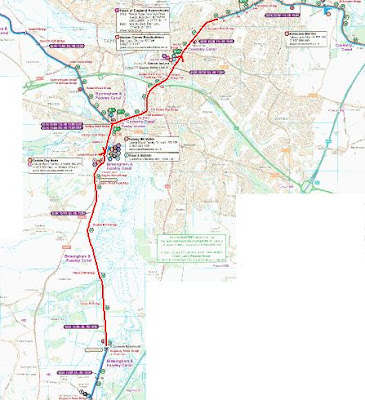