Penkridge is where it  all started, in 1987 we had a hire boat from here, we didn't intend to, we had hired a boat down on the Birmingham & Worcester canal at Dunhampsted as I wanted to visit my daughter in Malvern, a short train ride from Worcester, but when we arrived the yard told us the boat was broken, however they had one for us a Penkridge. I expected it to be a yard close by, but luckily Diana is good with maps so we drove about 50 miles here, remember we had just driven from Suffolk so a good day out and to cap it all it rained every day except when I visited my daughter Our boating has continued in a similar vein ever since, ether the plan changes or there isn't one and we still get wet.

This morning it was a little after 10 when we got away passing this house with a trampoline in the garden and a slide down into the canal. 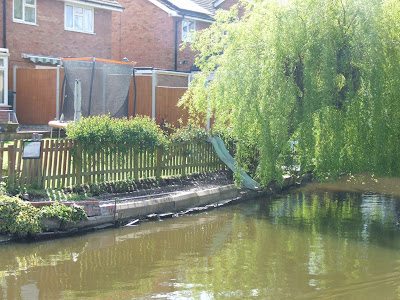 We had to turn most of the lock today even if it did include one with a boat who was waiting to come down. Otherton lock was offering 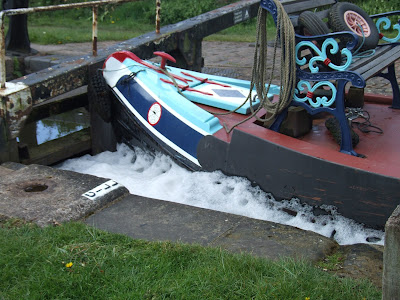 a free hull wash as you went up, at Boggs and Brick Kiln Lock they have some nice new stop plank huts, but the stop planks themselves are probably only half as deep as the ones I have seen in the past, this obviously makes them much easier to handle. 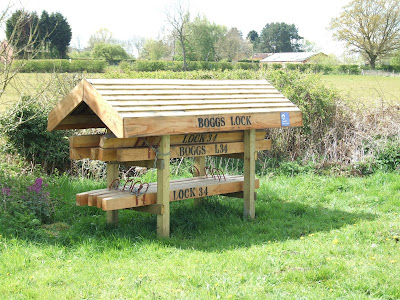 Otherton Marina still have all their online moorings closed, I assume they belong to the marina, but I see they are installing new water pipes and standpipes, so I expect there will be boats back there soon. 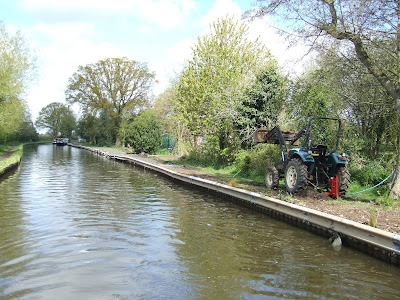 Up at Gailey lock there were two Volockies on duty, I take it this must be a regular thing because there is also a loop of white cord, 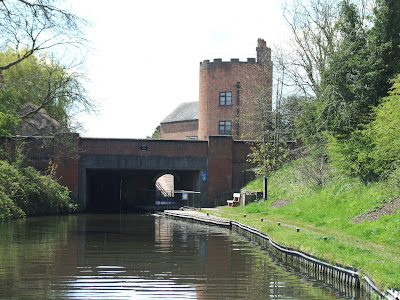 not blue string to hold the bottom gates closed as you walk to draw the top paddles. There is a rather futuristic looking white Narrowboat under construction in the yard at Gailey, being behind other boats I couldn't get a good look or decent photograph but it has large windows with a leading sloping edge to them, I hope its not another Whitfield.(behind the grey boat) 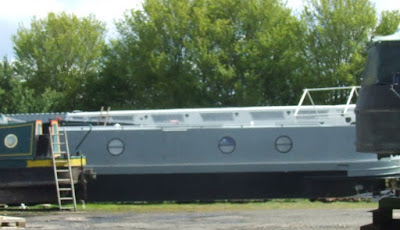 We chugged past all the No Mooring Chemical works, I do note there is not a single C&RT no mooring sign there, but I wouldn't want to moor there anyway, just beyond the no mooring end you come to the recycling establishment, I definitely wouldn't want to moor there, I could see wafts of smoke coming from a pile of chopped something as we passed.
Just before you reach Hatherton Marina there is an outdoor activity centre, I have never seen any sign of life there before, but today the kids were out in the canoes 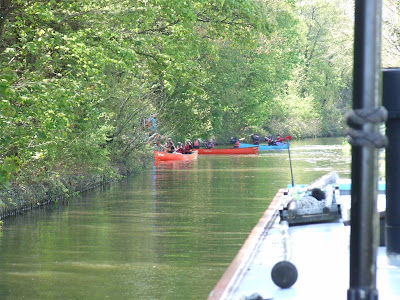 and looked to be having a great time. we carried on to moor for the night just before the Fox and Anchor pub. 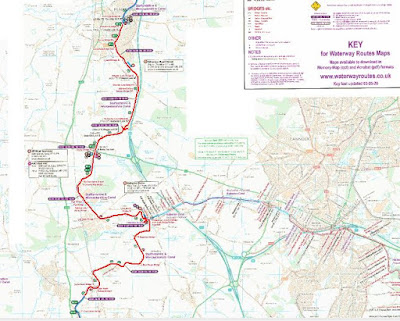