The wind freshened overnight but despite the black clouds we stayed dry. We were away just before 10am but not before another boat had left  some time earlier, needles to say he also went up the locks. The Stourbridge arm seems surprising deep and clean so we made good progress to the junction where it was hard right and the first of 16 locks, first mistake I forgot we needed a handcuff key to work the paddle gear, there wasn't a lock on the bottom gates, but there is on the top. We were soon into the swing of things, the spacing to start with is a bit to much for setting ahead on foot and when they did get a bit closer we caught up with the boat ahead, so sat in lock 11 and had coffee.
Between locks 9 and 10 the hedge has been trimmed and it now possible to see the pound that is remote from the short bit of canal between the two locks. 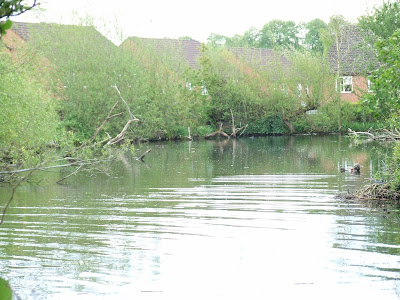 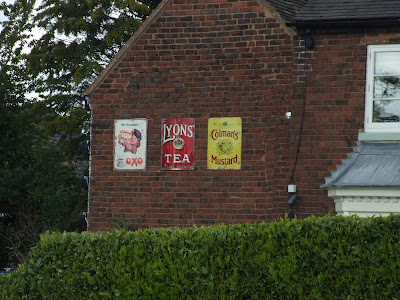 supporting some old enamelled advertising boards and also a good view down the flight to the glass house. 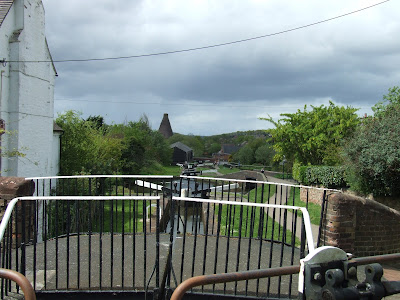 From here on the going was slow I held one lock back so as not to pressurise them, they had just left lock 5 when a biker came down and reopened the top gate, we had a boat coming towards us but we waited a good half hour  for them to arrive. Its good to that 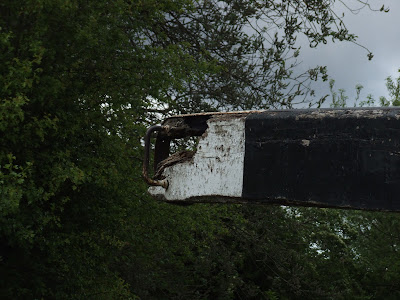 this lock beam is still surviving, I am sure I took a similar photo last time we passed, at lock 3 we met another boat. One thing I hadn't noticed before on this flight was the storage tubes for Croomes, these are situated near the locks and the chrome or croome (I can't find a definitive spelling) could be used to remove debris from the lock that may be preventing the gates fully opening or closing. 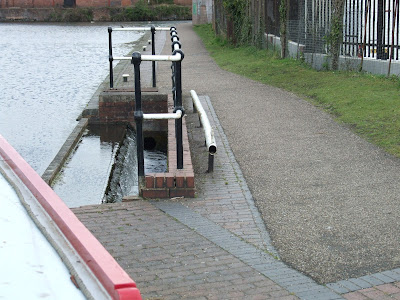 We finally moored for the night just after the top lock at the junction, it's been windy since we have been here but we have only had a few spots of rain. 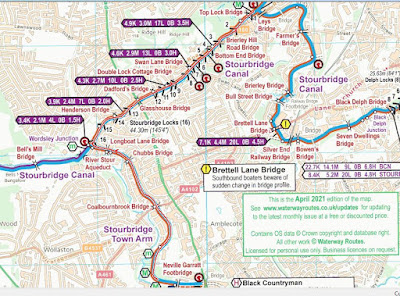 I've always heard them called 'kebs' but is that something different?