Weather Report, we woke up and it was raining so we were in no rush to get away. It was heading for 11 before we set off, at least it wasn't raining in the tunnel, At the foot of Cobbs Engine Bridge there is this concrete marker, well I am guessing its a marker, but what dose it mark? 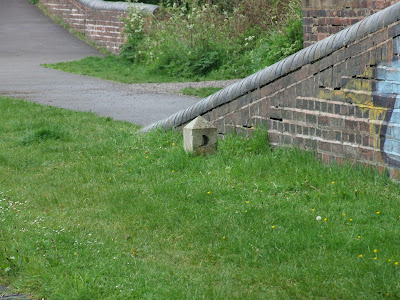 The tunnel was reasonably dry until a neared the far end when we encounter a few very heavy drips. Just beyond the tunnel is the Tividale Aqueduct carrying the old main line, we will be crossing that later. At one time Netherton Tunnel was light by electric lights, 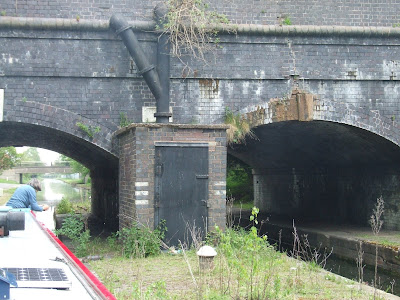 the power source was a turbine driven generator taking water from the aqueduct and discharging it into the canal by the central aqueduct support. both the supply pipes and the discharge 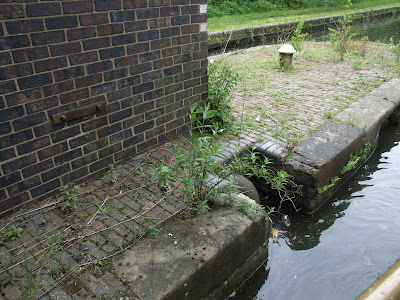 are still present, I wonder it the turbine is still in the building?

Also at the aqueduct are two cast iron pieces, now painted white, one on each channel, would they have been rollers or hinges for barriers to close off the canal if they used the central section as a toll island. 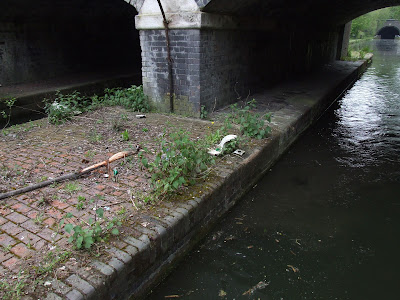 At the end of the tunnel branch we turned right onto the New Main Line at Dudley Port Junction and went down as far as Albion Junction where we turned right again up the Gower Branch and up through the three Brades locks, it looks as if someone has decided to dispose of their old cannabis plants and growing medium along here. Up at Brades Hall Junction we turned right yet again to complete the square following the Old Main Line over the Tividale Aqueduct  and on towards Tipton. Since we were last this way some one has pinched Coneygree Railway bridge. 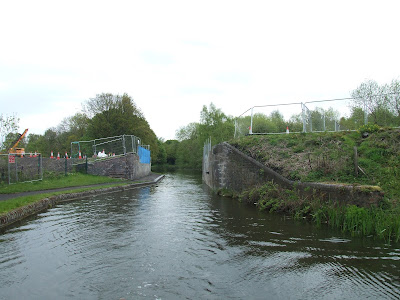 The Coots around hear look to have had a very good breading season and we saw some sitting on eggs with some very large chicks keeping them company, we also saw lot of very young ones being cared for by their parents. 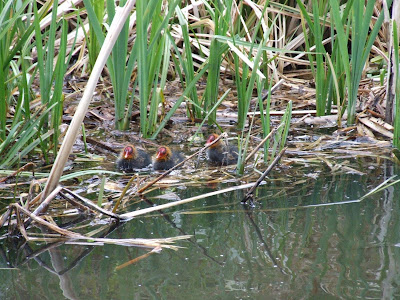 I was rather taken by the way one of the houses had painted the toilet vent pipe on the back of their house, I have never seen the likes of it before. 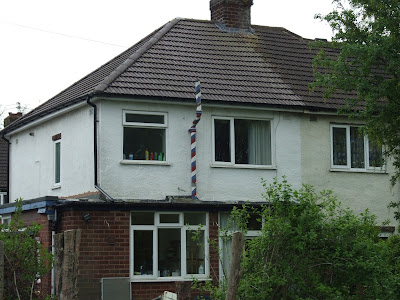 In Tipton a couple have boats have set up a small floating Market against the towpath, we stopped for water at the park and then continued through to moor by the Fountain pub, since we have been here we have been joined by several other boats. 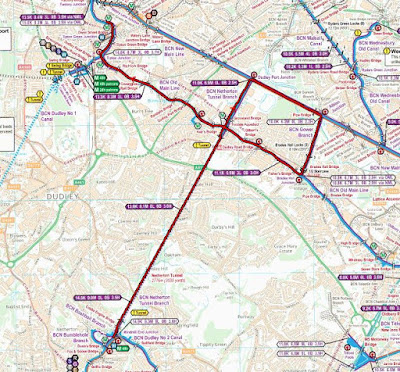