Boy did it rain overnight, luckily it eased this morning before we were ready to set off, but even so we have had drizzle all day. As you can see the towpath looked like a miniature canal. 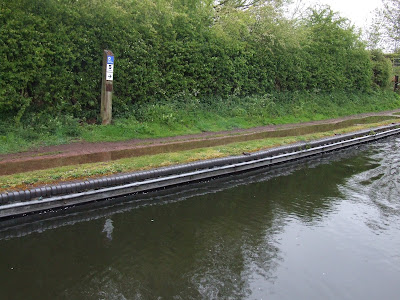 Rather these guys than me working up there in this weather, there 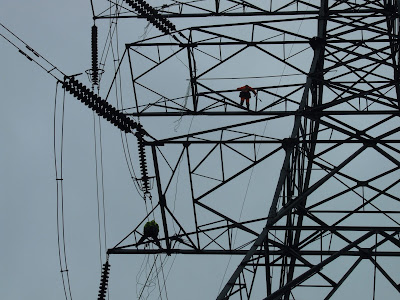 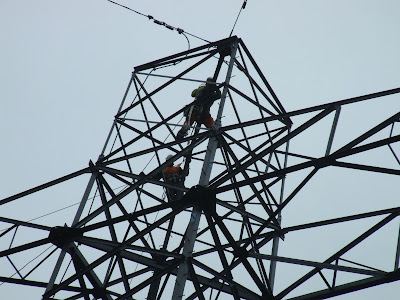 We had a Heron accompany us for quite a way, he even managed a 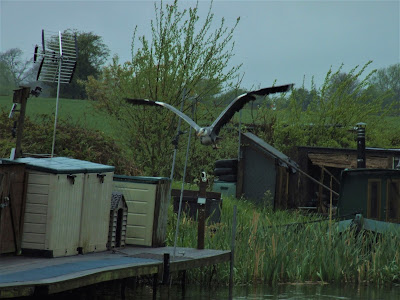 small fish as we passed halfway between Dimmingsdale and Ebstree locks, He then continued to follow us along the cut passed the ornate Awbridge bridge with its brick ballast rail. 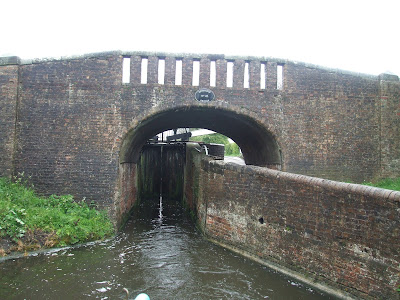 He even landed on the roof of a boat moored above Awbridge lock and sat there while I passed, only flying off when the occupants came out. 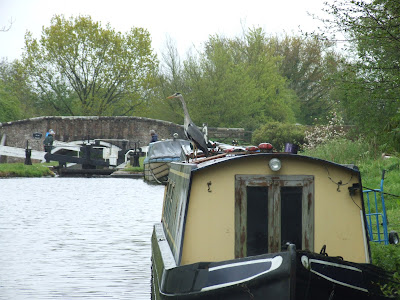 Talking to the Volockie at Bratch Locks he said we were the second boat down today, he said he wasn't expecting much as overall it had been very quite, not the mad rush everyone spoke about. We had to fill the top chamber before we could proceed but then we were away. As we approached Botterham lock we could see the intermediate gates open and then a head appeared at the top of the ladder, it was a single hander coming up, he was happy to work the paddles alone so Diana drained the bottom chamber ready for us to descend. Then a hire boat turned up below, obviously an experienced hire because he new the score exactly and just gave a hand with paddles and gates. As we dropped in the lower chamber he started filling the top one read, this gave a rather impressive umbrella shaped fan of water from a grove worn in the gates. 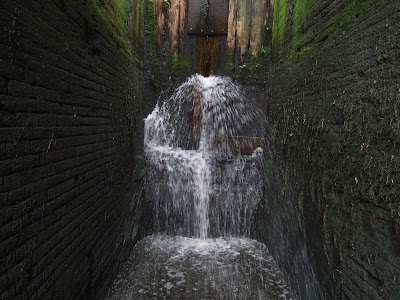 There is a house and some outbuildings a short way below the lock, I had heard they were due for restoration but nothing obvious has happened so far. It still displays this rather historic British Waterways sign. I wonder how many years its been there. 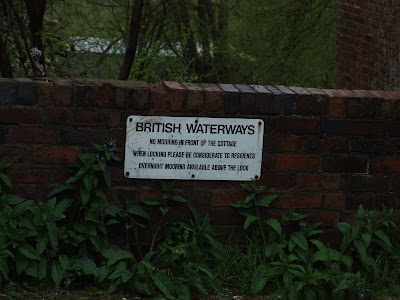 We carried on to stop at Wombourne bridge as its very handy for the shops, as it was lunch time we also decided not to move off until after we had eaten rather than standing out in the rain to eat it. Needless to say it was still raining when we set off down to Greensforge lock to fill with water stopping for the night before the next lock, almost opposite Ashwood Marina. 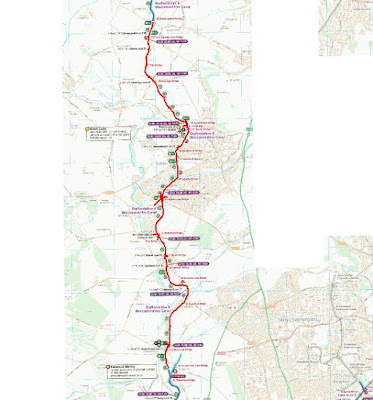