Yesterday I reported the metal sticking of Colwich lock out to C&RT via their web site, a short time later I received an email from them saying that it had been reported earlier and was now sorted out. I wonder?

Woke to a beautiful morning but it didn't last. Away at 10am. and a boat was just leaving Tixal lock as we arrived, so that worked well. The lock cottage or house reminds me of the Ecluse houses in France with the name of the lock above the door and then indication how far it is in each direction to the next lock or  junction just below. I feel certain this is something than has been added by 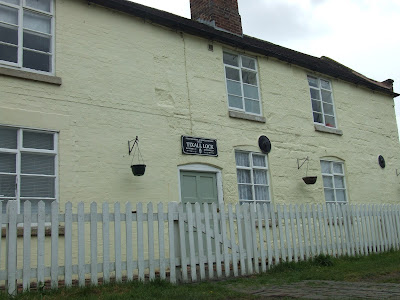 one of the occupants and not the British Waterways Board, but if you know different of course you know where to send the answers. On the off side of the lock beside the name board is a company boundary marker to show the boundary of the canal companies land. 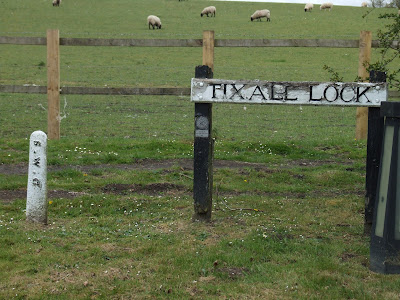 About quarter of a mile above the lock there is a very large house on the off side, in the grounds not far from the canal, there was quite a disturbance. It looked like two Buzzards on the ground fighting or maybe just one trying to cover a kill, lots of flapping involved, but the strange thing was a Magpie kept trying to put his two penneth into the affray. I still think it was two Buzzards, I tried to photograph them but couldn't get a clean shot.

We stopped at Baswich the site of the Stafford link https://www.stafford-riverway-link.co.uk/, they have made a lot of progress since we were last here with most of the basin walls and 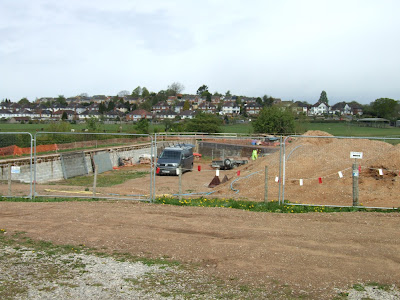 the entrance to the lock well on their way to completion. I guess once that bit is done they will be able to flood the basin and moor boats in it while they continue to work towards the river. 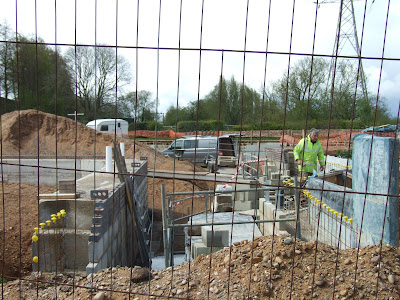 They have even planted a new hedge along what presumably will be the route of the canal section.

Next stop was Deepmore Lock, although we had met 4 boats between Baswich and the lock there was still a hire boat ahead of us going up the lock, as they left the lock they closed the top gate in the face of an oncoming single hander. Due to the rate of leak on the lock Diana had to draw the paddles before the gate would open  to help the single down. When we left the top gate closed with quite a slam. From hear on the weather detreated and after Teddesley we had rain, hail, snow and more rain which didn't make traveling that comfortable. Once through Longford lock it improved greatly but leaving the lock was slow, the next pound was down 9"and the boats moored in the pound were aground, I don't think I would have stayed there, they could well be listing by tonight but the ones we saw seemed happy. The lack of water also made getting into Penkridge lock slow. A real deep boat would have had problems. Once through the lock we moored for the night just passed the winding hole. 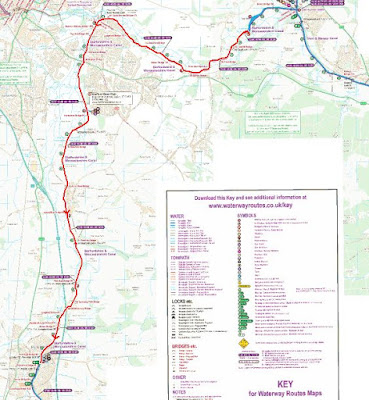