We set off at our normal 10 am the first boat we heard go by was at 6-30 am. There was a hire boat ahead but we felt they had a fair lead so we wouldn’t crowed them.

Not only does this canal have Mile Stones it also has smaller stones marking the quarter mile. 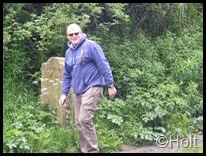 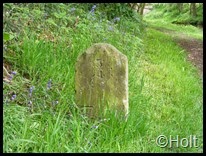 In lots of places the offside vegetation has been well trimmed but this section still needs some attention. 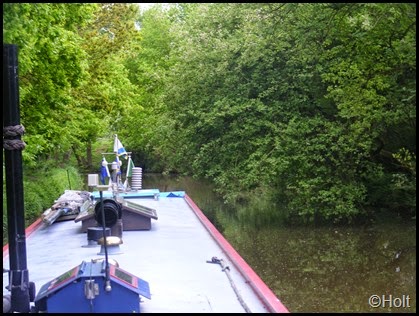 I have seen some strange animals in my time but I think this cow takes the biscuit just lolling around watching the boats go by. 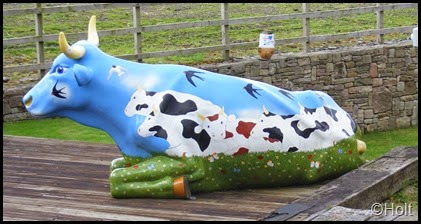 Most of the day was taken up with the Bosley flight of locks, just as we approached the Dane Aqueduct we met a boat, good the 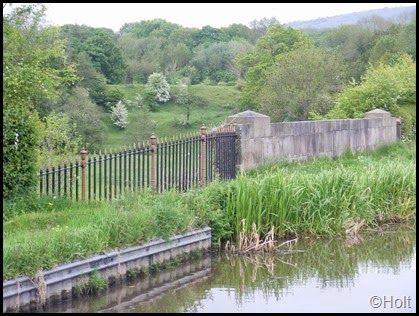 locks would be with us, but when we got there there was a Black Prince hire boat just going up the first lock. The second lock is under a bridge and round a left hand bend so you cant see if anyone is coming down without walking up, after checking and with help from the young lad on the hire boat Diana turned the lock, unfortunately the young lad was bored with the idea after that and didn’t back set any more for us. By the time we had locked up the boat ahead was going up the second lock and Diana could see a boat approaching so I stayed in the first lock with the top gates open. by now we were joined by another hire boat behind us. I explained I was waiting for a boat coming down and as the second lock drained I moved forward to hold the boat on the inside of the bend so they could get round me, at which point the crew behind closed the top gate behind me so I explained again that there was a boat about to come round the bend and enter the lock. Top give them their due, by the time we reached the top of the flight they were locking very well, the little lad running up to see if anyone was coming down and the larger one setting ahead.

This flight of locks still has its side ponds and one of them has been restored with lottery funding, there is even a big notice 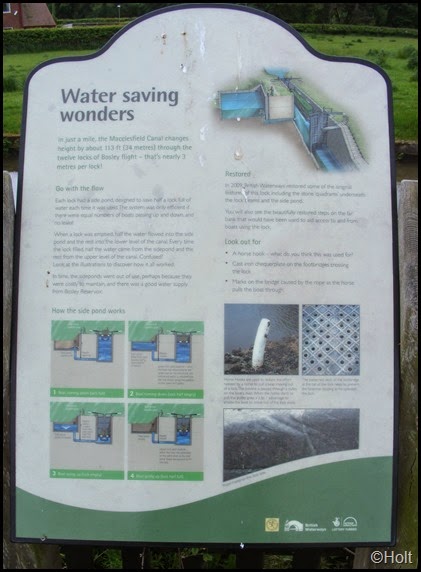 saying how they use to work and how they saved water, but none of them including the restored one is usable today. 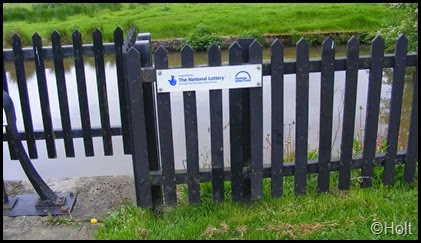 We met several boats coming down the flight but very few were in the right place to be much help to us.

Coming up this flight reminded me a bit of Napton on the South Oxford canal looking over and seeing the communication tower on the next hill.

As we worked up lock No.2 second from the top we could see the Black price boat moored on the lock landing and when we got up it was obvious he was down the weed hatch. It turned out that as well as stuff round the blades his rudder had jumped out of the cup. I put the rudder back for him, unlike some boats these ones are not very heavy and I lifted it by the swan neck with ease, but I left him to clear the prop and we headed up to the top lock. There is a water point just above the lock but it is very inconvenient being on the lock landing so we carried on to the next one before stopping to fill up. The hire boat following us so came by stopping on the long term moorings for a late lunch. We continued on to just passed bridge 50 where we have moored for the night. Again we are the best part of 18 inches from the bank sitting on the bottom. 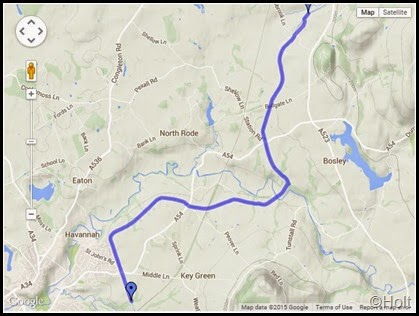