We left our mooring Bugsworth basin about 10 30 am after a short wonder round. It was quite breezy and I had to reverse up between boats moored each side before I could wind in the fork of the basin. 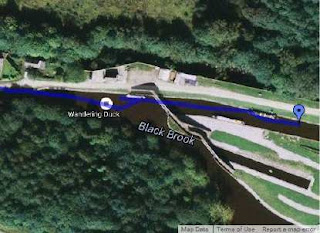 On leaving the basin we turned left to have a short run to the head of the Whaley Bridge branch which terminates in a trans-shipment warehouse. 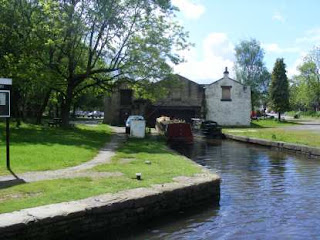 On our return back to the junction of the main line there were loads of youngsters in canoes, we had seen them lashing them together in the basin when we left, I wonder how many will be the canal boaters of tomorrow. 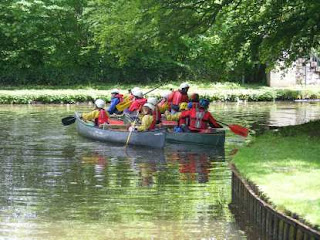 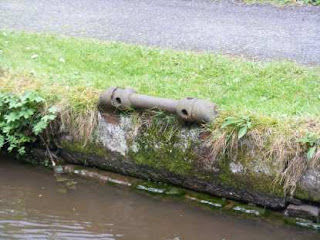 It looks as if it should be used with Tommy Bars to turn it.
UPDATE
I have been told by Chris and John that these are also used on the Huddersfield Canal to withdraw the drain plug from the bottom of the canal.

The Giant Hogweed must be a reoccurring problem along here on the winding hole between bridges 28 and 29 as there are permanent warning signs. I understand it is a very unpleasant plant to come into contact with. 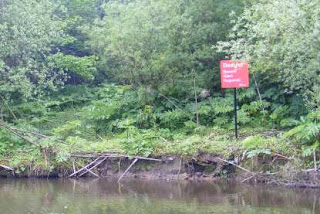 CRT contractors are doing a lot of work in the area of bridge 24 Woodend Bridge piling the tow path. We were held up for a short time but  they were able to move their pile-driver barge over slightly so we were able to get down the outside of it. This is not a job I would want in the winter months. 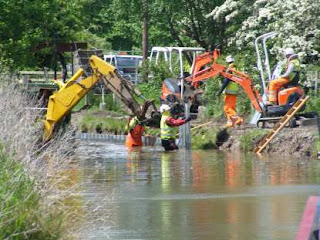 The bridge its self has been chopped off at its roots and been removed, it looks as if it will be replaced in the first two weeks of 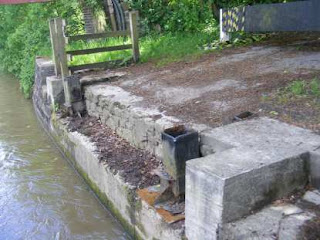 June when the canal will be closed Monday to Friday, 8-11 in the morning and 1-5.30 in the afternoon. The notice we saw suggest you try to transit early morning or evening.  This ties in very well for all the boats heading for the Gardener Rally in Bugsworth Basin.

We continued our slow journey to Marple Junction where we turned left back on to the Macclesfield canal mooring just through bridge 2 for the night. 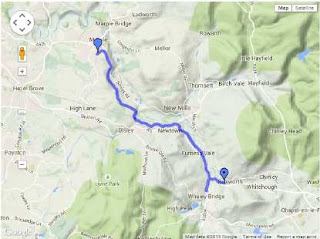