We waved goodbye to Steve as he left to head up stream for a bit and were about to go into town when it started raining, so we hung on inside while Steve got wet.

Northwich is a strange town and I think I will do a separate blog about it in http://visitsbyharnser.blogspot.co.uk/

Back on the boat we set off upstream in the sun shine, although the sky’s were dark behind us. We passed under the second road bridge at Northwich and continued up stream. 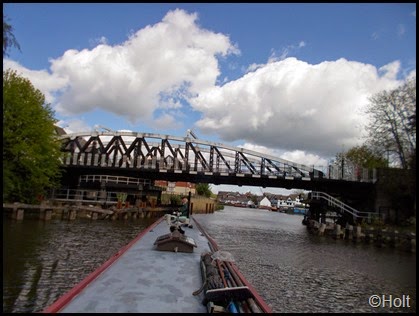 Just through the bridge on the right hand side is the old British Waterways Office. 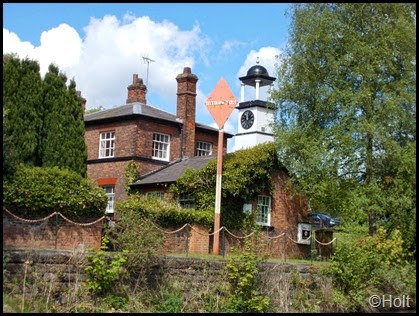 A few yards further is their old maintenance yard which is still in use. It still says British Waterways on the end of the building, I don’t think CRT had a sticker big enough to cover it. 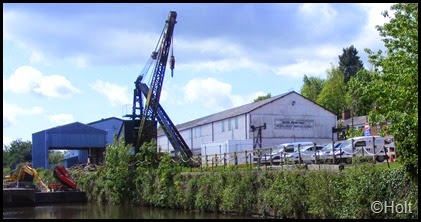 Again on the right you soon come to Yarwoods old yard where there was a gathering of ex working boats recently.

We did wonder if we had our timing wrong as the locks are supposed to close for lunch and as we approached Hunts Locks it was just on 12 o’clock. Hunts Locks are again a pair of locks side by side, but the one on the left is just big enough to accommodate a pair of Narrowboats where as the one on the right is much larger for barges.

On some navigations they have traffic lights to tell boaters when the locks are ready, on hear they used to use railway type signals. To you have to walk up and speak to the lock keepers, there are two of them.

When we walked up they had just had a cup of tea and were more than happy to work us through as they had been at a H&S meeting all morning and were please to be doing something physical again.

The ground paddles are drawn by a very large windlass and the paddles must lift the best part of 6 feet. 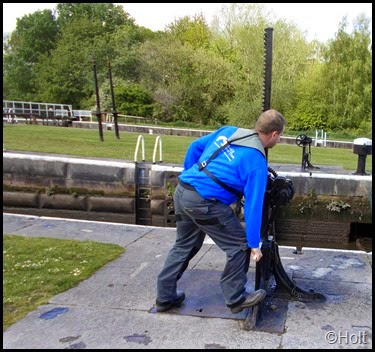 Once in the lock the keeper lowers a line to pick up the boats centre line to hold it steady, but its not really needed as they only use one paddle to fill the lock and the ride up was very smooth. 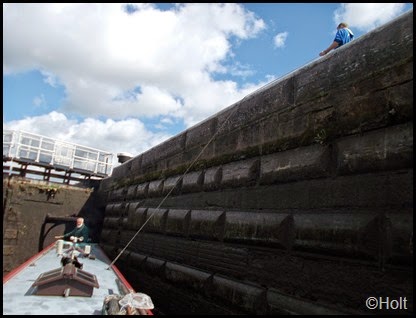 As we left he did warn us that the keeper at the next lock may still be at lunch as he had been unable to contact him, so we chugged slowly up the river.

We passed another old yard that was bit of a graveyard for old boats although there were also some quite smart ones there. Martin Ludgate took a photograph very similar to this 10 years ago which was published in November 2005 cruising guide to the Weaver. It had more rigging and windows in his version 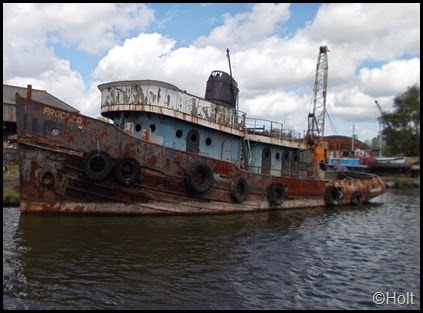 In ways this canal reminded me of the canal du Midi with its wide tow path and tree lined canal, shame about the weather. 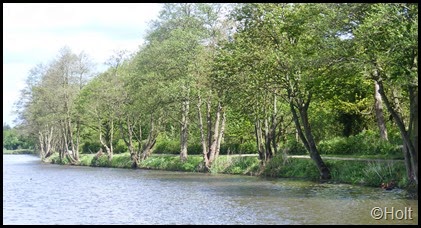 When we reached Vale Royal Lock the keepers were just back at work. There was a boat waiting to come down, but the small lock was already empty so he only had to open the gate for us. This time the small lock was on the right but the large lock to the left had quite a leak through the bottom gates and was actually out of use. 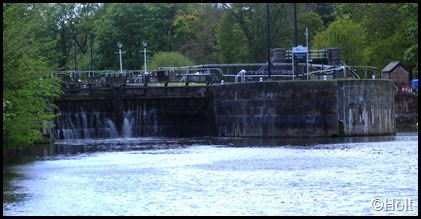 The gates are not opened by balance beams like on the canals but by another capstan that drives a quadrant on the top side of the gate. This can be seen on the bottom gates when the lock is empty. 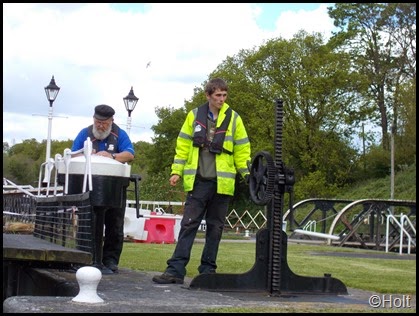 There is one more swing bridge before the head of navigation and that has quite a low headroom. 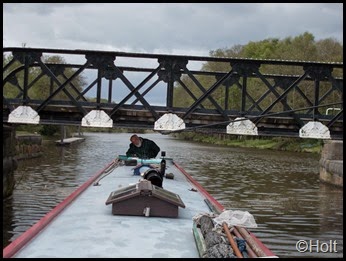 Today the headroom was just over 1.9 m

Up stream of the bridge there are more salt works and this one belonging to Salt Union seemed to go on for miles and miles with first the main building followed by conveyors, some kind of domed storage building and then heaps and heaps of salt, so big that there are tracks up them.

We passed the last winding hole on the river, not unusual for us as we often end up dead ends and moored for the night right outside the Red Lion in Winsford. The mooring is a bit noisy being close to the main road and most people say there is only room for one boat, but we have moored right at the top end of the moorings and this leaves plenty of room for anyone coming later, but I doubt they will. 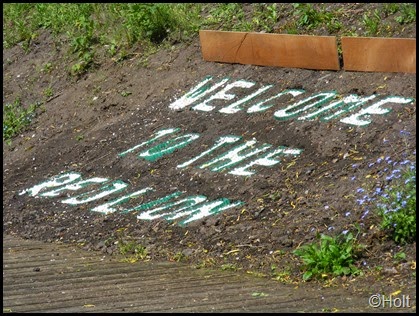 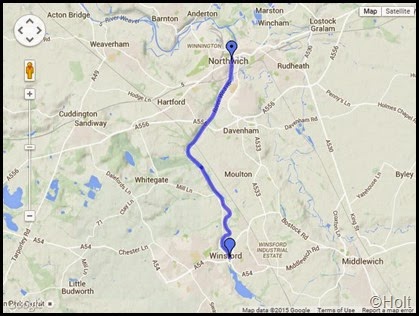